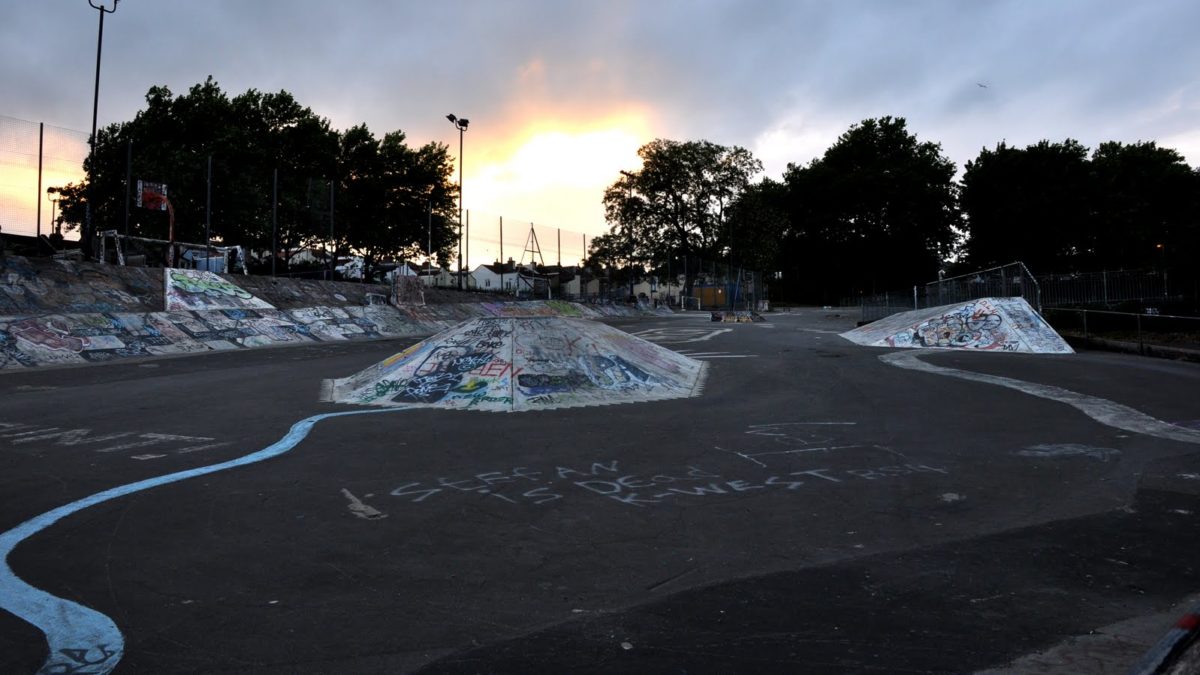 Dean Lane is home to one of the UK’s most famous skate parks and a new project is now in motion to transform and resurface a nearby neglected basketball court next to Dean Lane into a fresh, new place to learn tricks.

Dean Lane skate park was built in 1978 and is located in the centre of Dame Emily Park in Bedminster.

“The Deaner has a great reputation and is a place filled with positivity,” says Dan Higginson, a local skateboarder, business owner and father who is passionate about encouraging others to try the sport.

“The park is over 40 years old and is enjoyed and passed down through many different generations. However, the park is built on a hill and the intense slope is suitable for higher level skateboarding therefore another, flatter park would be more accessible to beginner boarders.

“The basketball court is a smooth and flat space and it is a shame to not put it to good use.”

Dan previously made the Nothing Meaner documentary on the park, which was released in 2019 to critical acclaim.

The abandoned space has great potential for giving opportunities to inexperienced skaters to try out the sport, being able to practise without disturbance on smaller and less daunting objects.

Dan highlights the importance skateboarding can have in a community, saying: “It allows you to get out and about, it is a great from of exercise and a creative outlet that allows you to express yourself. This sport is also very accessible, all you need is a board and wheels.”

To raise funds to transform the court into a useable space, a crowdfunding campaign has been started. which was backed by more than 3,000 supporters in its first 24 hours.

Dan is also running a social campaign called #2020skatedonate to help raise donations. This campaign will organically spread the word with the help of the media to make people aware of their project.

The premise encourages skaters to try to film 20 tricks in a session, post the film on social media, tag three friends to take part and ask their friends or family to donate to the cause

Clifton-based skatepark company, Canvas, will support the project by providing the skateable forms at as low cost as possible.

“Any contribution or support to this fundraiser would really help to bring this skatepark to life,” says Dan.

Support the campaign at www.gofundme.com/f/dean-lane-skatepark-fundraiser