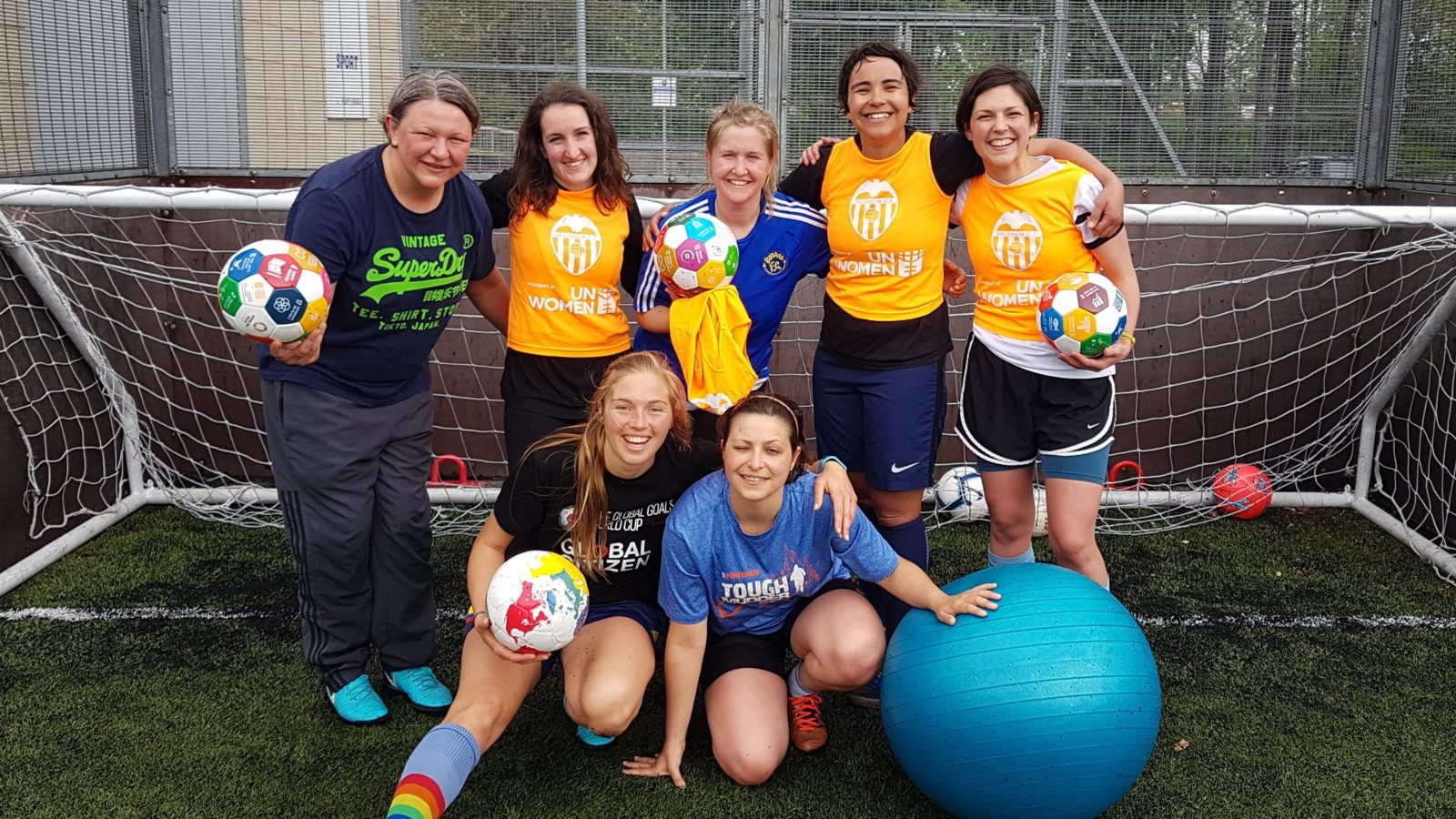 With a loud thud, the giant inflatable yoga ball rebounds off the mesh fencing surrounding the pitch at St Paul’s leisure centre and sails through the air.

“What’s the score,” shouts someone.

It is a soggy Friday lunchtime, and this is a football session unlike any other. Ultimately, the aim is to boost confidence, self-esteem and wellbeing through sport, friendship and a variety of balls, while having a lot of fun. 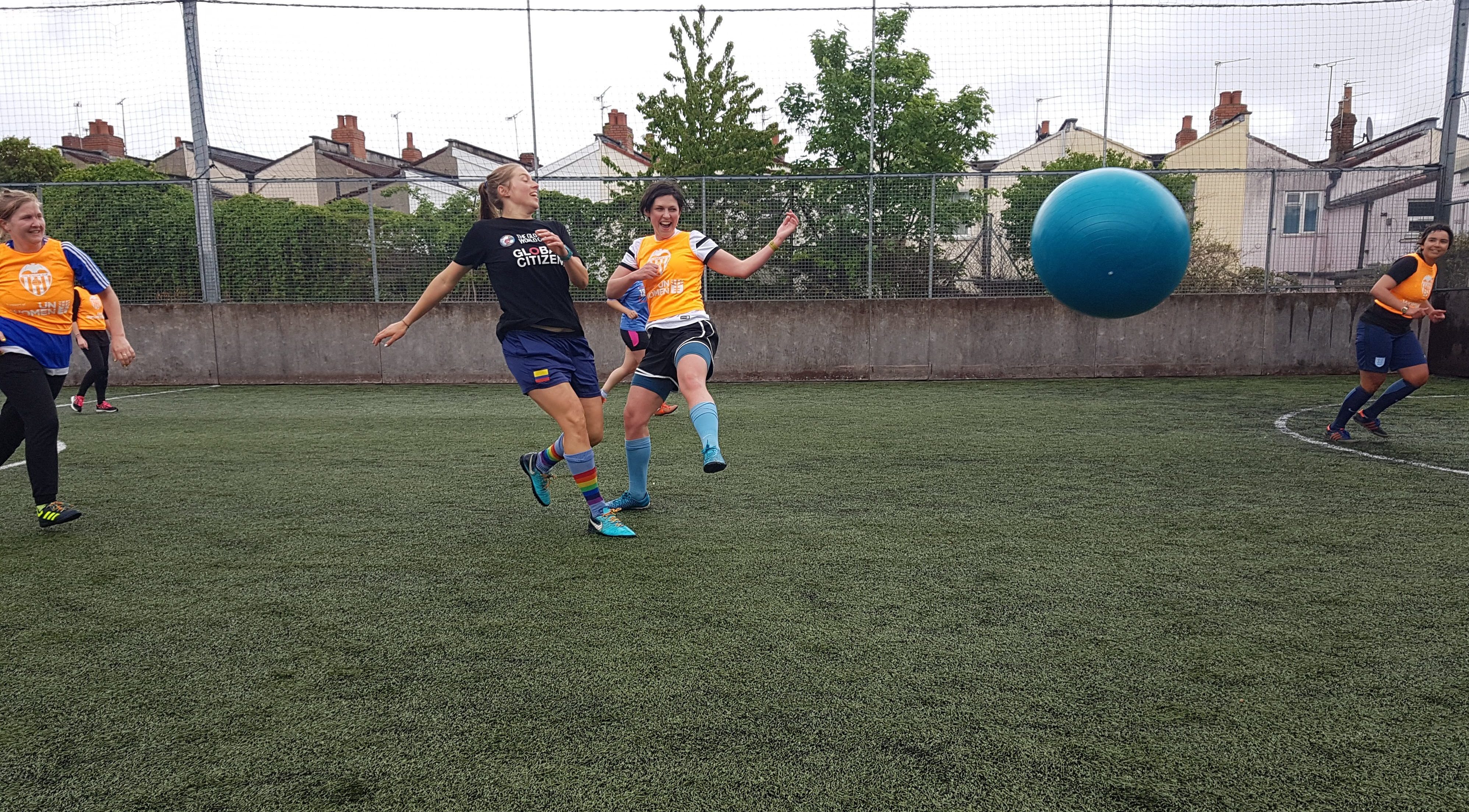 “Ten seconds left of yoga ball,” calls Becca Todd, as she sprints down the pitch in a flash of rainbow laces, long blonde hair flying behind her.

One of the founders of Brave, Becca works with a diverse range of young people and vulnerable groups, using sport as a force for good.

The Friday sessions in St Paul’s are free and open to all women, with a focus on reaching those who may have never had the chance to access sport, whether for mental health reasons, financial barriers, or trauma. 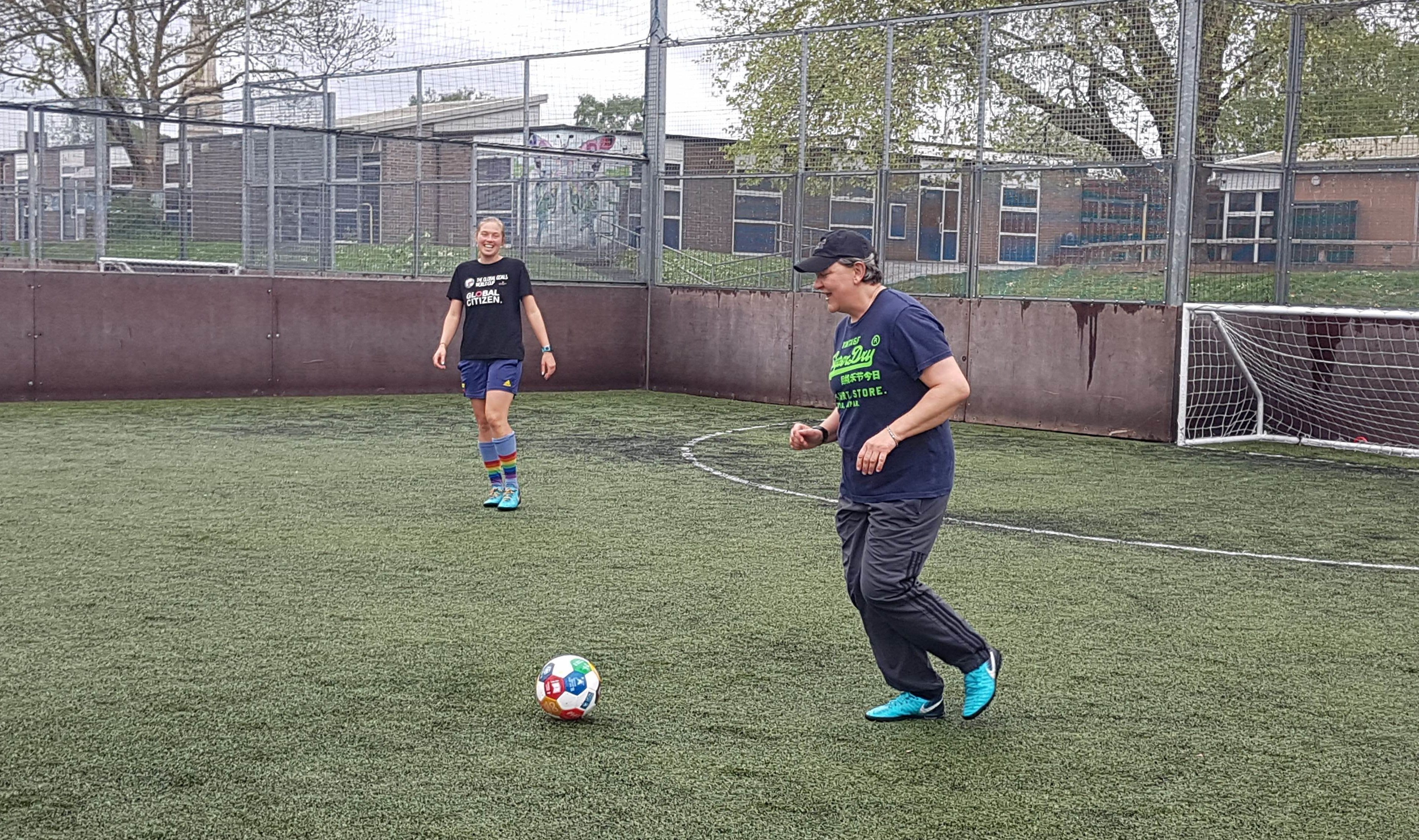 Dee (right) says the sport is a force for good

The team has also qualified to represent Britain in the Global Goals World Cup in Copenhagen on May 12-15. This is the first activism world cup, in which the focus is on empowerment, international understanding and cohesion.

Each team rallies around one of the 17 UN Global Goals that address critical issues including poverty, hunger, health, education, gender equality and climate change.

Team Brave is focusing on good health and wellbeing, as it is an issue close to the heart of every player.

“The Global Goals World Cup is an amazing opportunity for women of all backgrounds to have a chance to be involved in a spectacular showcase of female football, fun and empowerment,” says Becca about the upcoming tournament.

“I am really excited to be a part of the team that will enable women to do what they never knew was possible: to play and travel as a team and be part of something life-changing.” 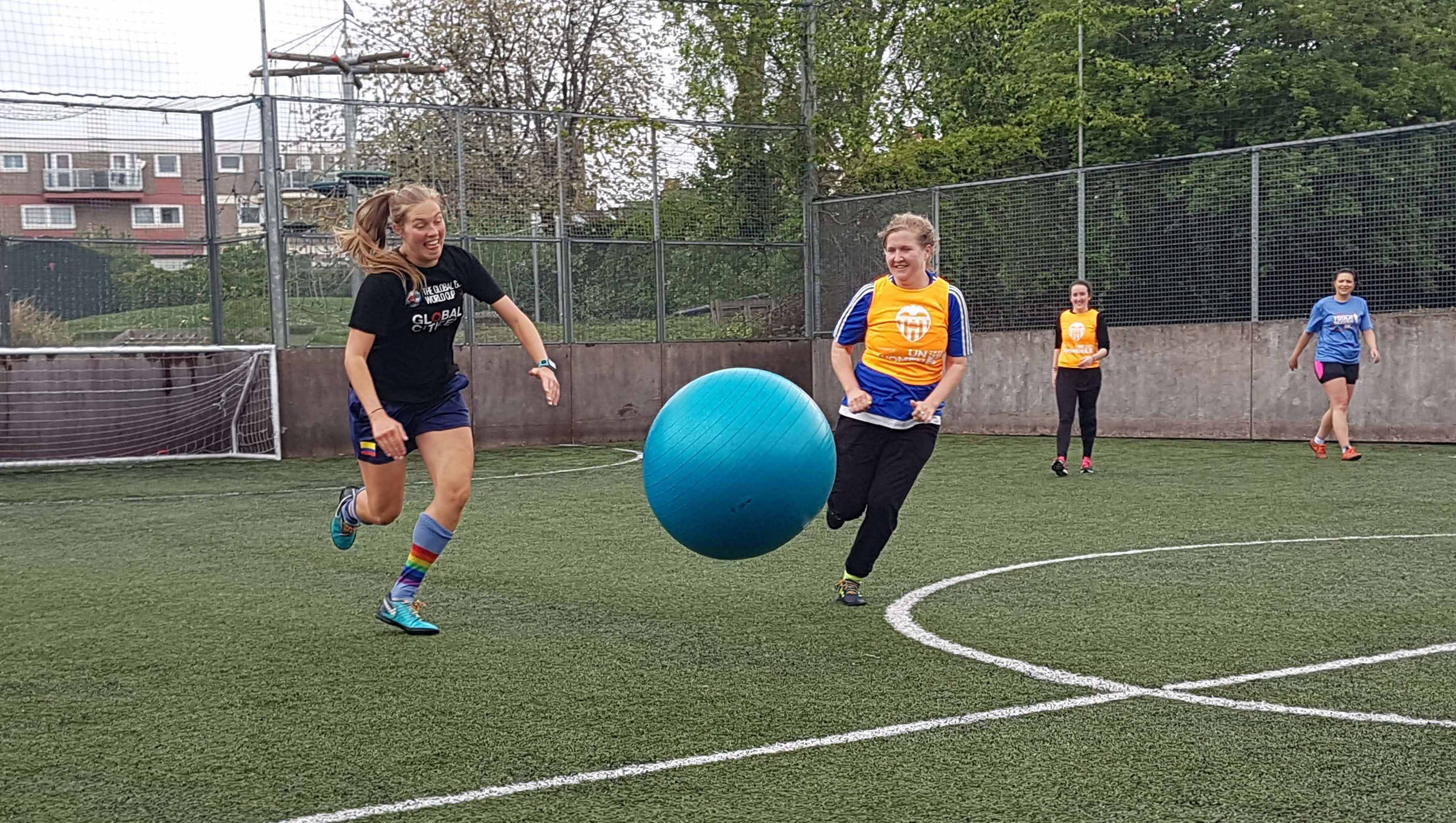 Tackling can be a challenge when the football is giant-sized 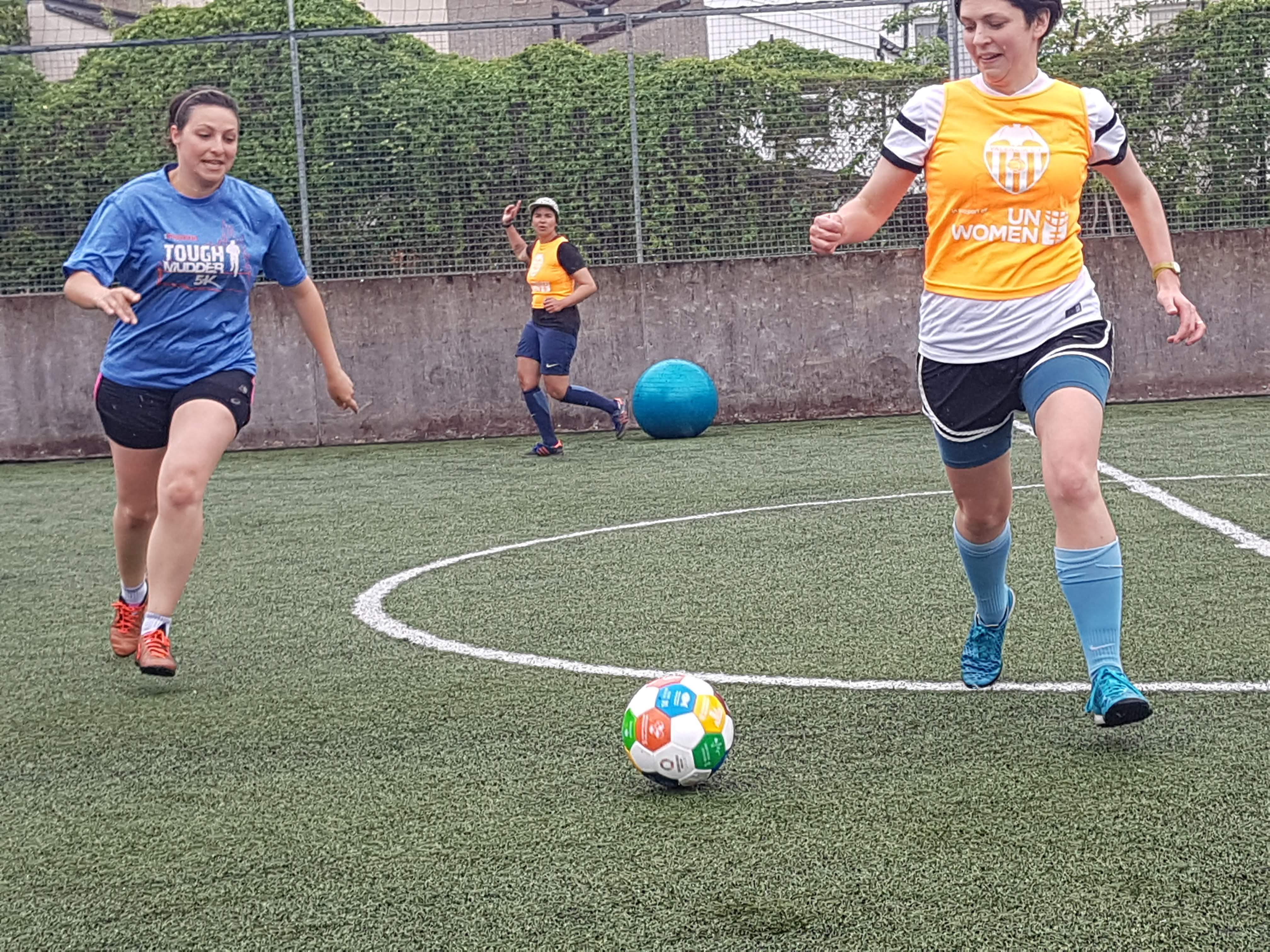 The sessions are open to all women 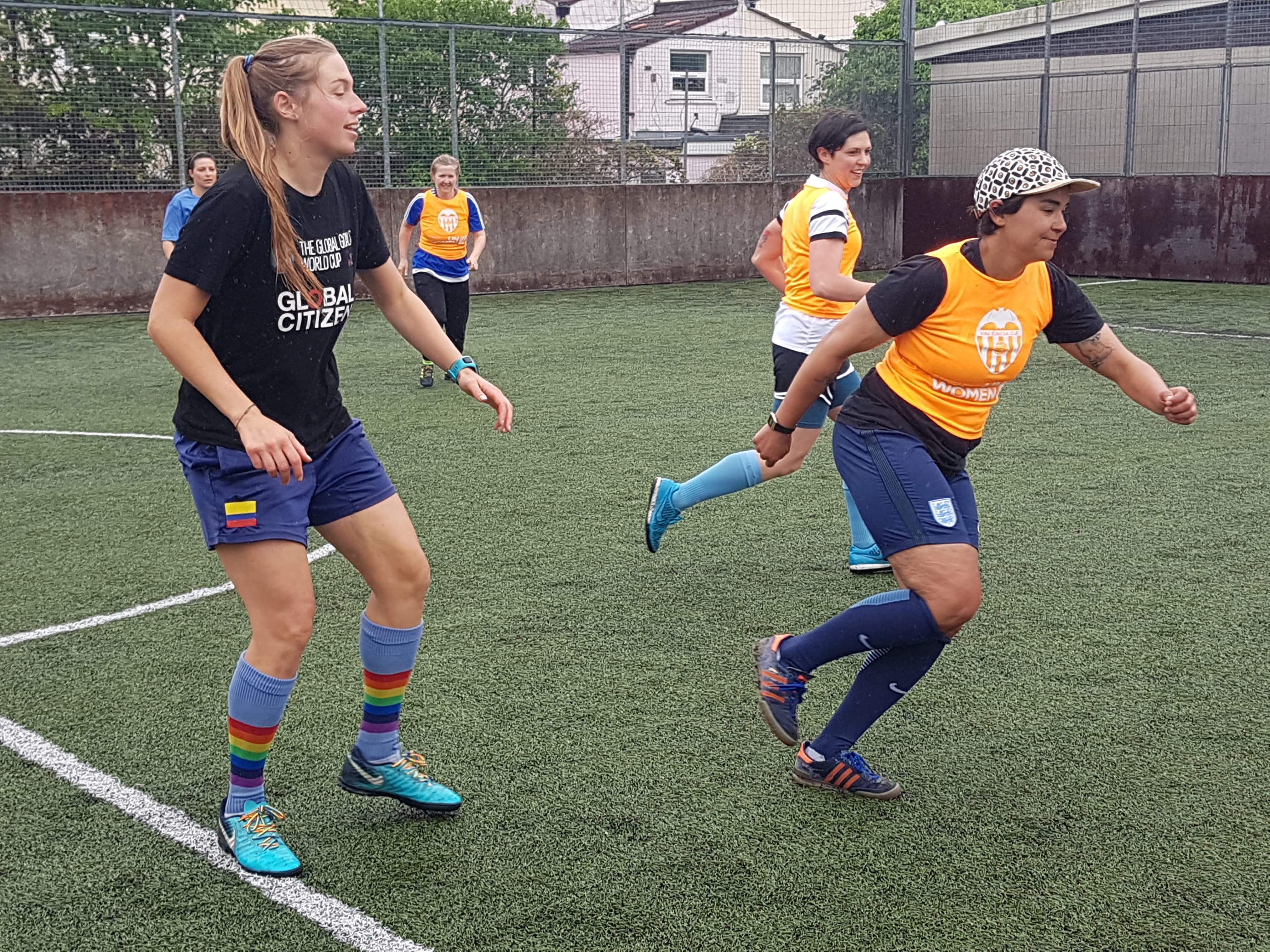 It’s all about having fun, building friendships and boosting confidence

Becca has been working with young people in Bristol for the past two years, targeting especially hard to reach groups, in a bid to boost confidence and raise self-esteem. She has worked with refugees, One25, the St Paul’s-based charity that supports Bristol’s street sex workers, youth charity 1625 Independent People, among others.

Becca, along with co-founders Lois Carrington King and Sinead McGill, went on to officially launch Brave this year as a social enterprise with global ambitions.

Sitting at the small cluster of tables and chairs in St Paul’s Sports Academy, soggy but exhilarated after the practise, team mates speak about why they got involved.

“I just think sport is such a wonderful force for good,” says Dee Murphy, who has been playing for about six months.

“It’s the team aspect – it gives people with low self-esteem a chance to build their confidence in a safe environment.

“People do not have to talk about their real lives or back stories – it’s just football and it’s fun and you can be any age or ability.” 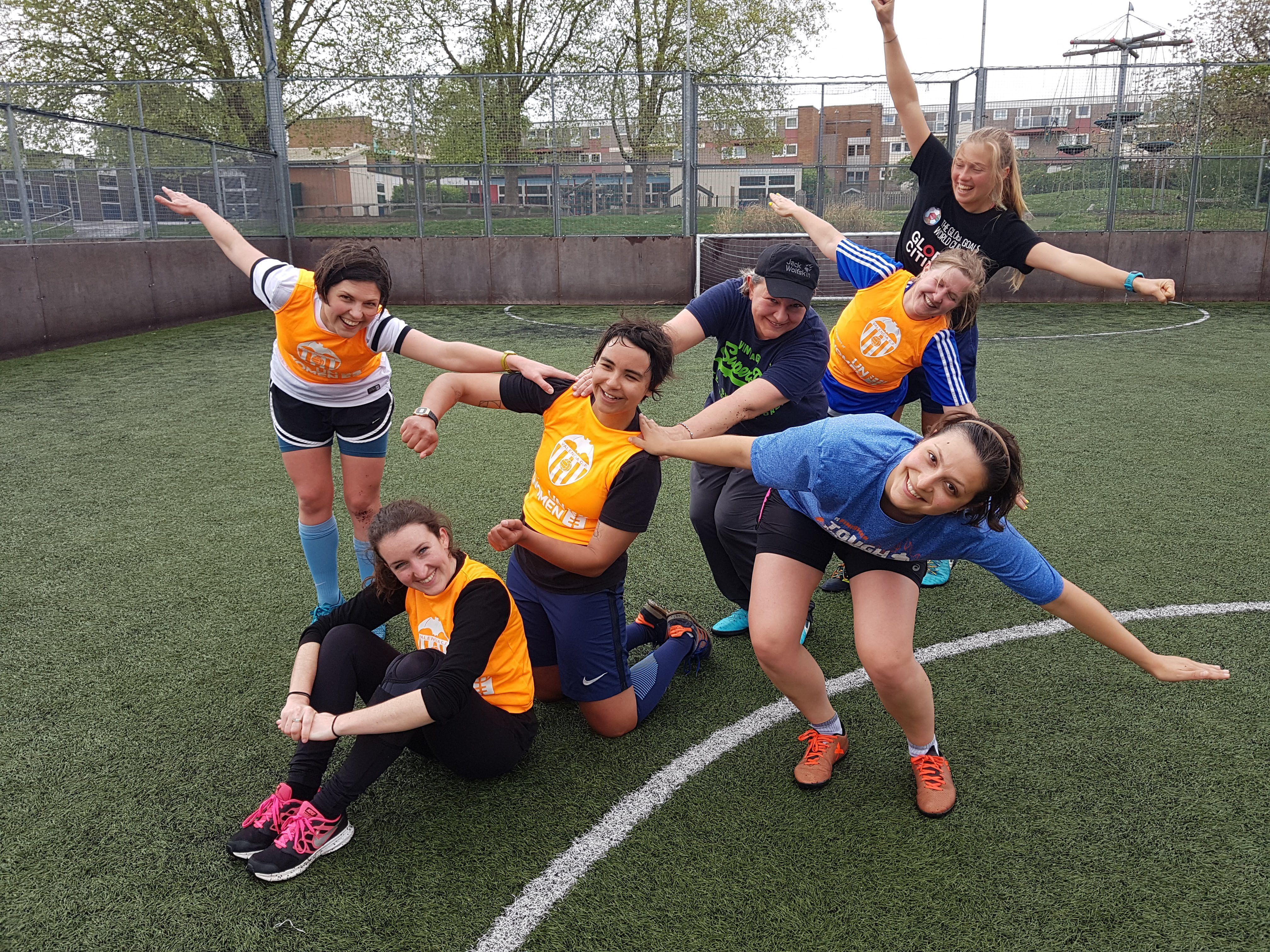 Both Sinead and Lois played football on and off for years, but both got put off by the competitive nature of the sport once you got to a certain point.

“It took me a lot to get back into it,” admits Sinead.

“I just think it’s a really great force for change and a great way to encourage people to try new things and not be afraid.”

Lois agrees, saying: “I have been playing since school but stopped because it got too serious too soon and that took the fun away. I have re-found the love now.

“At Brave, we play football in exactly the way it should be played. We can be competitive, but winning is not the key factor.

“It’s running around with a smile and feeling good from it whatever the outcome.”

The social enterprise has no funding and is seeking a sponsor for an official kit.

But Becca has big ambitions for Brave – and the potential of sport to help people.

“I just wanted to give kids a chance through sport because I get really happy and confident when I do it,” she says.

“I wanted to offer it to more people, especially kids that are harder to reach and need a boost. I focus a lot on young people because I think if you can improve people’s confidence and self-esteem when they’re young, then it goes through into adulthood.

“Girls especially can think sport is not for them, but just being part of a group can have psychological as well as physical benefits.” 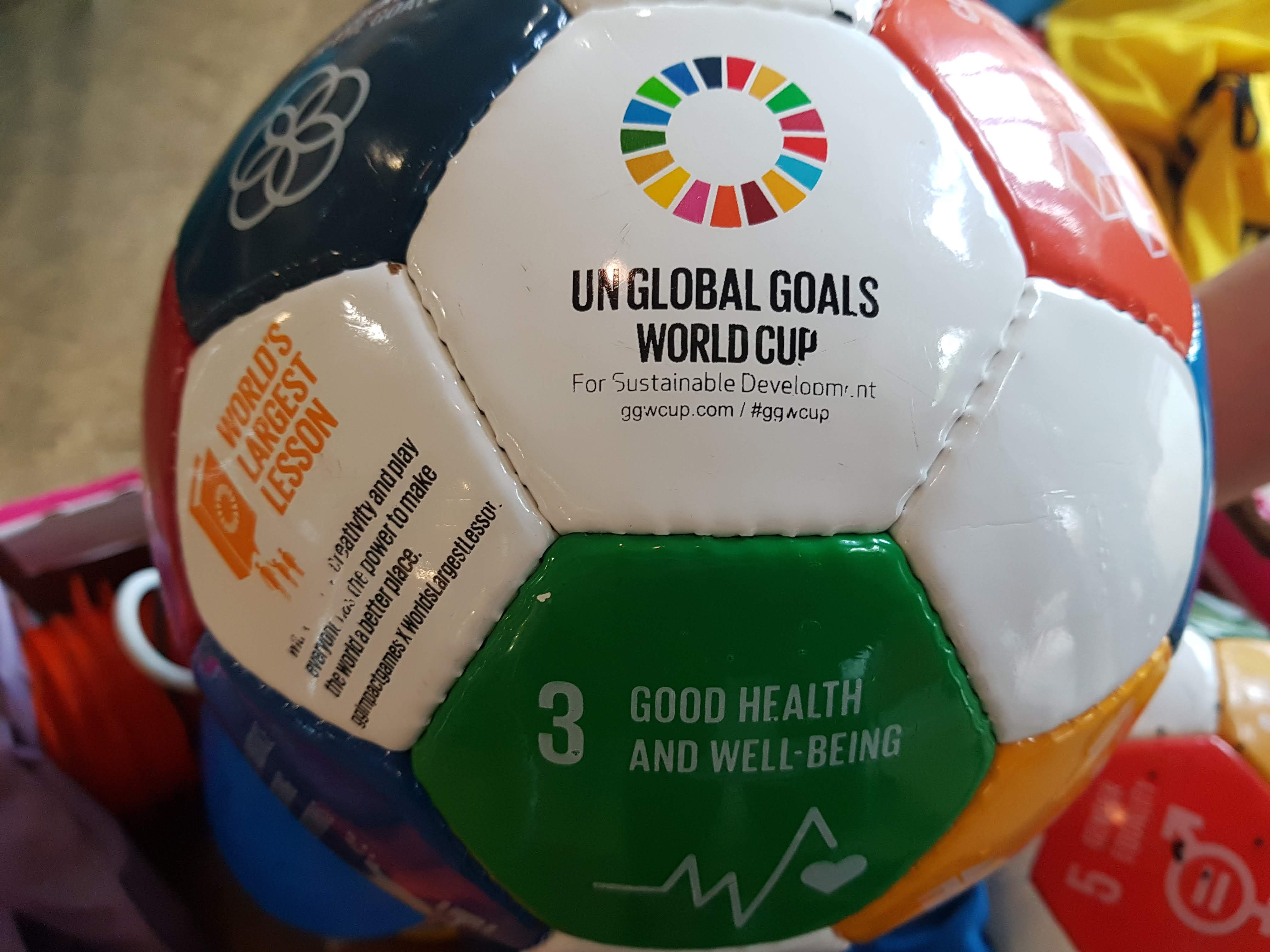 To get in touch with Becca, email: feelbraveteam@gmail.com