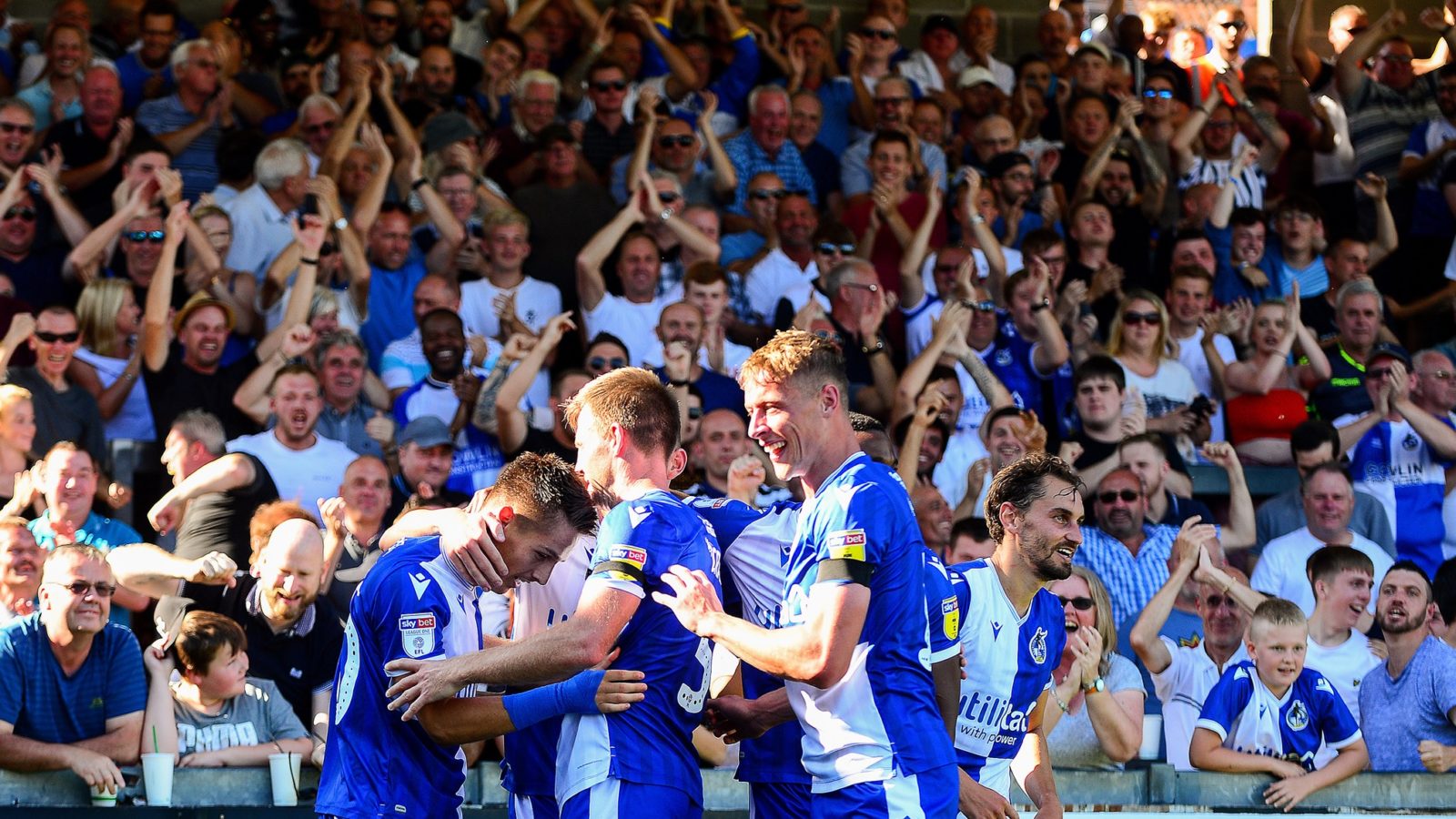 The 2019/20 season will one day be a quiz question due to the novel way the campaign was completed. The question will almost certainly be: which team finished seventh in the league and was still promoted? (The answer is at the bottom of this article)

Fixtures were suspended in March due to Covid-19 and although there was initial hope the season could be completed, teams voted to cancel the remaining fixtures in June. The final positions were decided by taking each team’s average points per game and multiplying that by the remaining fixtures.

This meant Peterborough dropped out of the play-offs despite sitting sixth when the season was cancelled. Ouch. Rovers meanwhile finished 14th.

The curtailment of the 2019/20 season has given most of this year an off-season feel and this off-season has been a pretty huge one for the Gas.

Let’s start with the off field developments. Club president Wael al-Qadi bought a controlling stake in the club by buying shares from his family. With this control he has quickly made some pretty significant changes.

The first is that work at the training ground in Almondsbury, currently known as The Colony, has been started after being purchased in 2017. This will initially house two pitches that will exactly match the excellent surface at the Mem.

Mmanager Ben Garner has spoken how important this is for the lads as it’s where they work all week.

🎥 The latest progress report from the training ground site at Almondsbury! 🔜 Next step, seeding the pitches! #BristolRovers

Secondly, Wael has shaken up the board. After the acrimonious departure of fans director Ken Masters, Karim Mardam-Bey and Tom Gorringe have joined the board.

This has got Rovers pointing in the right direction off the pitch, with rumours of a new stadium at the fruit market site not going away. Could Rovers build a wooden stadium as gas head David Goldblatt has suggested?That’s an entire article in itself!

On the pitch, the £2.5m salary cap that has been introduced for the 2020/21 season, coupled with Covid uncertainty has dampened the transfer market, but that hasn’t stopped Rovers signing six players with another two potentially still to come. This has been balanced by nine players leaving the Gas, with four of those being starting 11 players week in, week out.

The stand out signings are undoubtedly Max Ehmer and Zain Westbrooke. Commanding German centre back Max joins from Gillingham where he was also captain. It seems we managed to get him due to the Gills unwilling to offer him a deal until they knew how this coming season would work financially without fans in the stadium.

We spoke to Matt from GillsInTheBlood and he was absolutely gutted to lose him. Always a good sign!

Even more exciting was the signing of Zain Westbrooke. He is exactly the kind of creative midfielder Rovers were looking for with Liam Sercombe being released this summer. Zain has signed from Coventry (who stormed the league last season) and EmptySeats was glowing about him when we spoke to them.

Gas heads have high expectations for the player that is taking the number eight shirt formerly worn by captain Ollie Clarke who has reunited with former manager Graham Coughlan at Mansfield after rejecting a new deal with Rovers.

These signings are on top of James Daly and Cien Harries who Ben Garner brought in last January, but haven’t had a chance to feature yet.

The only blot on the transfer business has been losing Jonson Clarke-Harris to Peterborough. Although Rovers have gotten a hefty fee, plus add-ons, replacing his goals will be very difficult. Jonson was the kind of player that can win you games on his own, which he often did.

You only have to look at his wonder strike in a 1-0 win against Gillingham to see how valuable he is:

Rovers have made huge strides in this strange off-season, but not all the fans are convinced that Ben is the right man for the job.

Ben took the reins in odd circumstances when Graham Coughlan announced he was considering his position in his post-match interview after a win against Ipswich which took Rovers up to third in the table.

Ben came in and changed the style to a more possession based game, which was the complete opposite of the hoof-ball under Graham. Rovers proceeded on a record equalling 14-game winless run. The last game played before the season was suspended was a 2-0 win against Sunderland. This gave some hope to fans that Ben was starting to get his style imposed on the squad.

Simply put, the jury is still out on Ben. The fixture computer has thrown up a tricky looking start with some easier fixtures in October. A lot will depend on if the new boys can gel and if an adequate replacement can be found for Jonson Clarke-Harris.

Tom Metcalfe is one of the presenting team on the GasCast podcast. He will be writing regular articles about Bristol Rovers during this season for Bristol24/7.