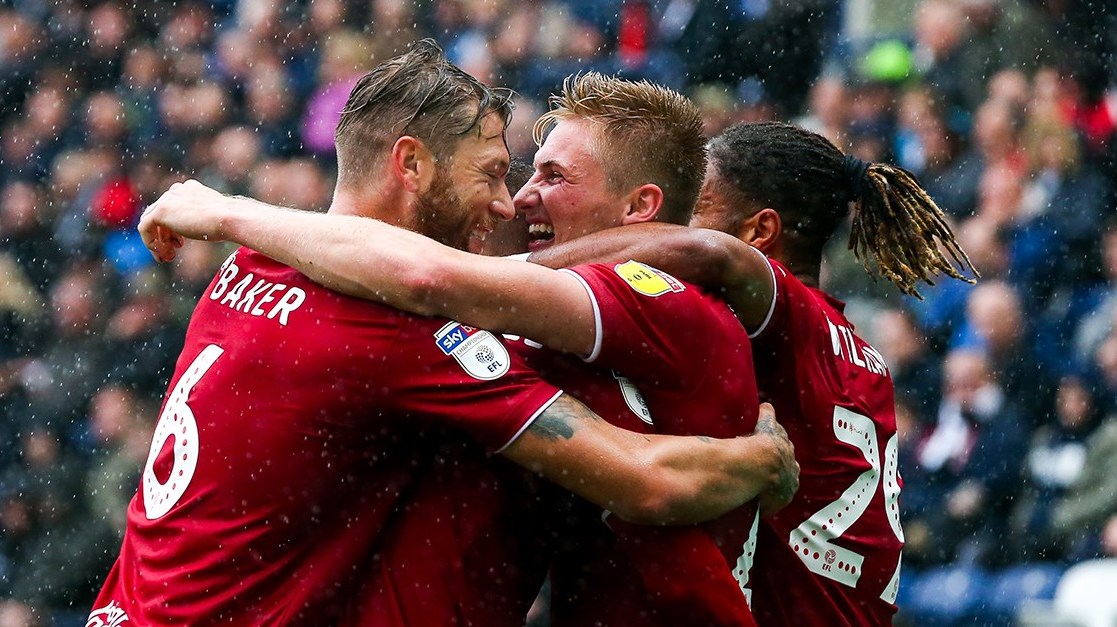 City’s long wait for a win at Deepdale was extended as Preston fought back to snatch a 3-3 draw in their latest Sky Bet Championship clash.

It was looking a good first half for the visitors, with Taylor Moore slotting in his first Robins goal before Andreas Weimann headed them into a two-goal lead.

The heavy downpours in the North West continued and the home crowd boos soon turned the cheers when the hosts were awarded a penalty on the stroke of half-time; Preston skipper Paul Gallagher did his duty from 12 yards.

Alex Neil’s men then equalised through another penalty, this time Daniel Johnson converted shortly into the second half.

The goals wouldn’t stop there though and while City would have been devastated to blow their advantage, the Robins soon restored order courtesy of Nathan Baker’s close-range strike all before Patrick Bauer netted a back post header to round off the six-goal encounter.

City are now unbeaten in eight consecutive league games, not tasting defeat since the opening day.

Bristol City head coach Lee Johnson was highly critical of referee Andy Davies after the match, telling bcfc.co.uk that “there was one man who wanted to be star of the show”.

“I’m just pleased that we have come out of it with something to show for our bravery.”

Johnson added: “The boys have put everything into it. I can’t ask any more for effort.”