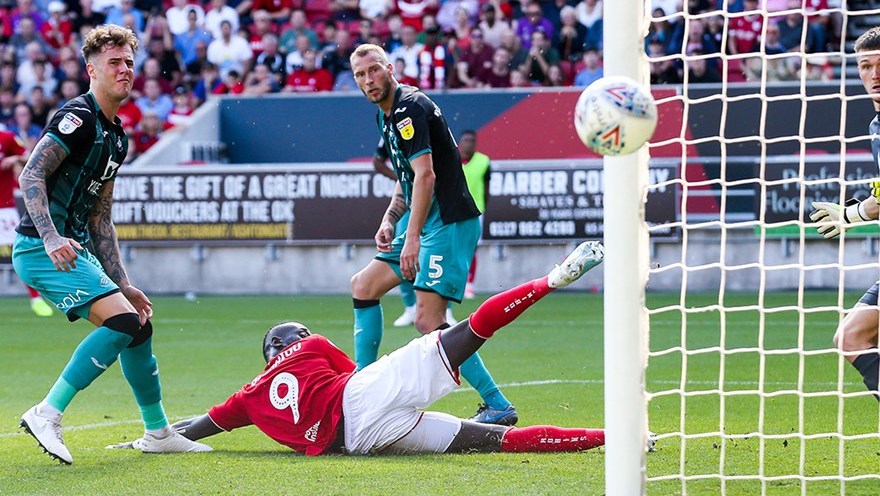 City stretched their unbeaten run to seven matches, earning themselves a clean sheet in a 0-0 draw with Swansea City at Ashton Gate.

In a closely-fought encounter, Famara DIédhiou went closest when he flicked the ball millimetres wide of goal in a first half of minimal chances, before placing a header on target but straight at the Swansea goalkeeper after the break.

Andrew Ayew proved to be Swansea’s biggest threat as the game continued, but Bentley produced a fine block when one-on-one.

Steve Cooper’s Swans were reduced to ten men shortly before the full-time whistle after Jake Bidwell hacked down Niclas Eliasson but it was too late for City to take advantage. 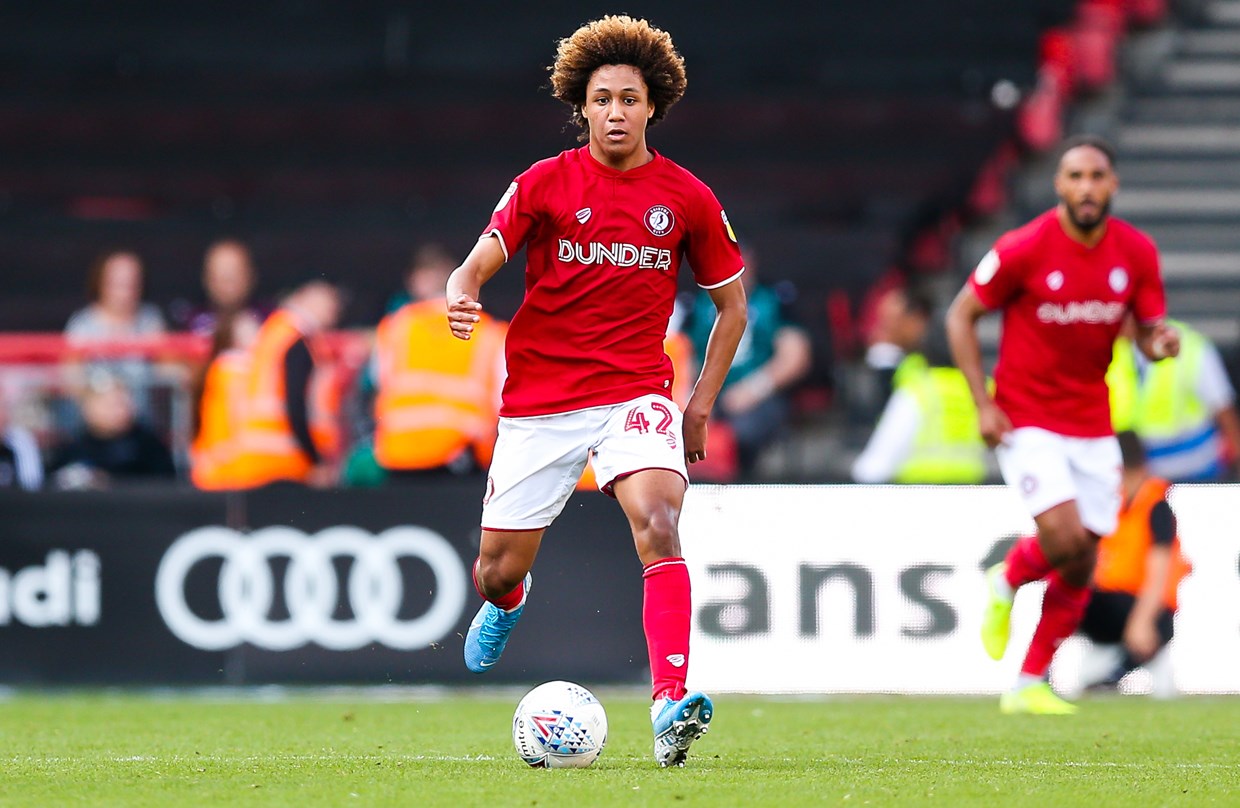 Lee Johnson named two changes to his starting XI, with Famara Diédhiou and Kasey Palmer moved to the bench. It meant a league debut for Sammie Szmodics, and Callum O’Dowda made his second start of the season.

The game lacked sparkle in the opening half an hour when neither team could manage a shot on target. That was until a tactical switch from Johnson who introduced Famara Diédhiou for Nathan Baker. It meant City would adapt and play four at the back and almost immediately had more about them going forward.

Captain Josh Brownhill was the first to test Swans keeper Freddie Woodman with a 30-yard free-kick and moments later Szmodics burst forward but fired over the crossbar.

The game was certainly more alive under the warm September sunshine and City were beginning to get on top in this “extended derby” as Johnson described the fixture in midweek.

And as the fans began to raise the decibels, City’s substitute would go an inch from opening the scoring. O’Dowda broke to the byline and picked out the stretched boot of Diédhiou, who skimmed the ball narrowly wide of the far post.

The Swans went closest at the end of the first half with Matt Grimes forcing Daniel Bentley into a diving save with a free kick – the last kick of the period – but the sides went into their respective changing rooms goalless.

Another free kick had Bentley stretching but his strong hands held on to Bersant Celina’s effort, before Kasey Palmer received a warm welcome as he entered the field for Szmodics.

With the teams locked in a goalless battle, Eliasson would be Johnson’s final roll of the dice just before the hour-mark, with O’Dowda making way after Celina blazed a half-volley over the bar.

The match became a tight contest once more with the two high flyers not wanting to give anything away. Bentley would have nothing to worry about when Andre Ayew headed over from Swans skipper Matt Grimes’ corner, while Diédhiou saw a downward header claimed by Woodman and Mike van der Hoorn timed a block to perfection as he got in the way of another Diédhiou strike.

But Bentley had to be on his toes when the away side managed to get in behind the Robins defence for the first time. He exchanged a one-two with Sam Surridge and raced through with only City’s keeper to beat but Bentley narrowd the angle and blocked the shot.

Ayew soon got himself involved once more but Ashely Williams, against his former club, was next to get in the way block another shot, while at the other end, Hunt’s cross was on a plate for Diédhiou but his headed effort went straight into the hands of Woodman.

City were forcing the issue late on and with Eliasson looking for width and stretch the pitch late on, Jake Bidwell could only stick out a leg in a late tackle on the winger and bring him down. After some discussion with the linesman, Bidwell received his marching orders as the game approached the 90th minute, shortly before the match’s conclusion.