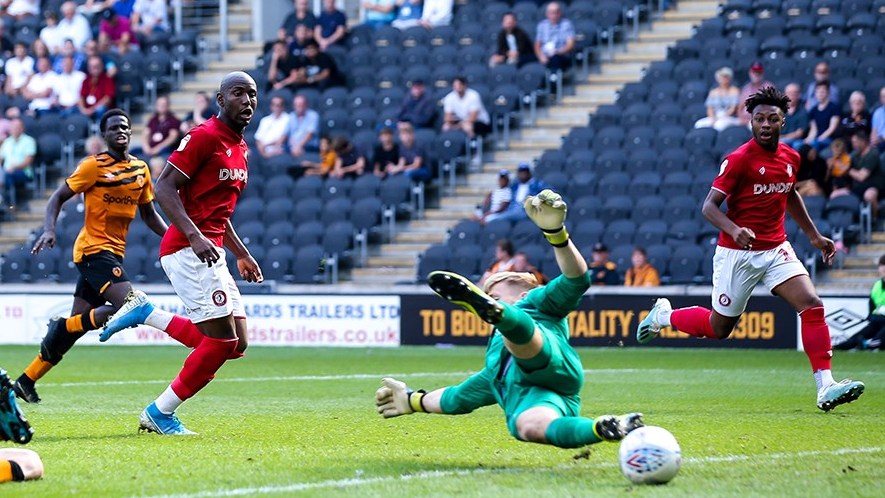 Bristol City scored two goals in as many minutes late on to beat Hull City 3-1 at the KCOM Stadium.

Benik Afobe scored a brace with a goal in either half, with the Robins helped out by a Reece Burke own goal.

Hull had gone into the break all square through Jarrod Bowen’s equaliser but for all their attacking intent after the break, Lee Johnson’s side showed character and managed to exploit space down the wings. 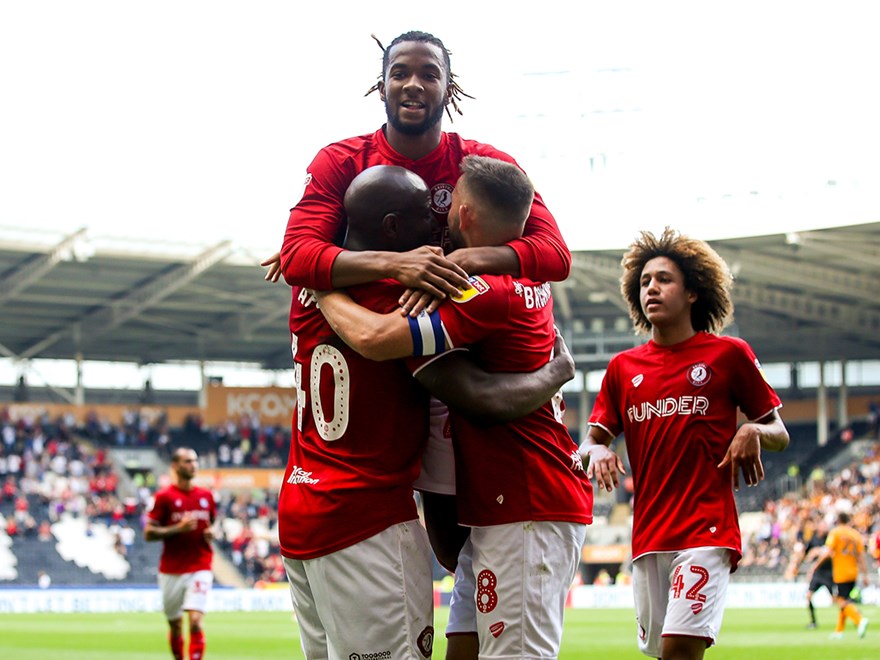 Benik Afobe is mobbed by his teammates after scoring

Pedro Pereira and Famara Diédhiou were restored to the starting 11, as Lee Johnson looks to freshen up his squad.

There had been little to separate the sides in the first 45 minutes. Their possession and passing stats were on a par but late first half drama followed, starting with City’s opener.

Palmer was involved in the build up, jinking his way into the area where tried to pick out Weimann though Hull defended scrappily in front of their goalline. Fortunately, the ball kindly broke for Rowe who was quickly brought to ground and this time City were awarded the spot-kick, from which Afobe stepped up to calmly slot the ball down the middle.

Diédhiou then came only a whisker away from doubling City’s lead but between the woodwork and Tigers keeper George Long, the striker’s header was denied. However, with half-time just moments away, Hull equalised when Kevin Stewart spotted the run of Bowen behind the City backline and he raced through on goal before picking out the far corner.

Hull had more a spark in the second half but in the blink of an eye and with a little more than 10 minutes of play remaining, City put daylight between them and their hosts with two goals in as many minutes.

The first came from a low Hunt cross which was inadvertently steered into his own net by Reece Burke, before Weimann picked out Afobe who tucked away his second goal of the afternoon.

Substitute Semenyo looked to get in on the action but Long produced a good low save to keep out the young forward’s effort and Palmer curled a shot narrowly wide before the final whistle confirmed the three points. 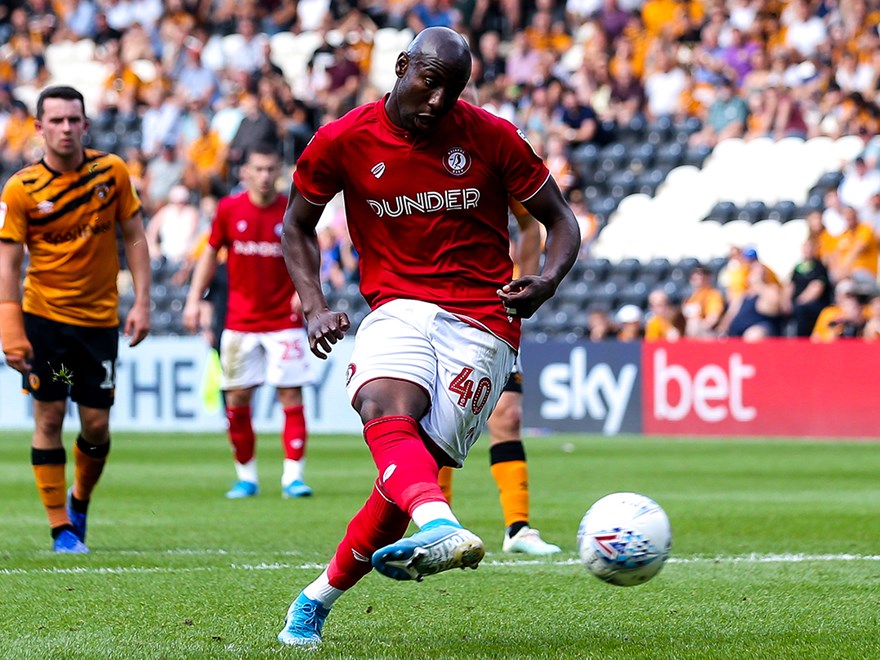 Benik Ofobe scores his second from the penalty spot