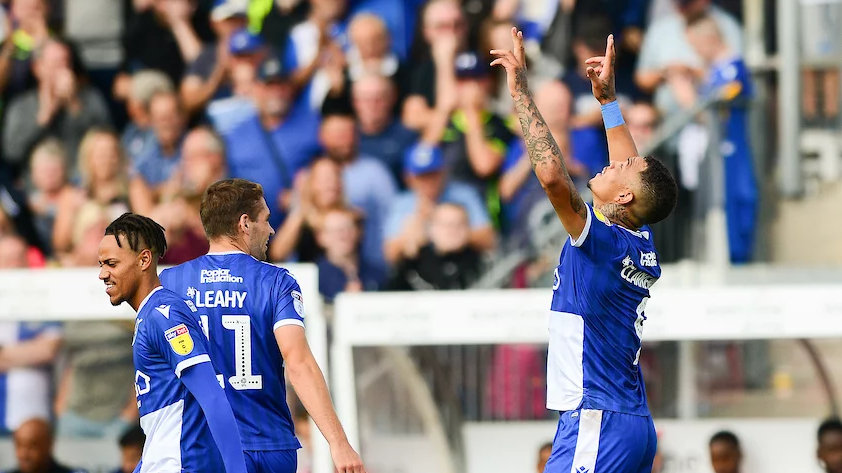 Bristol Rovers drew with Accrington Stanley following an incredible battle which swung back and forth between each team.

Rodman poked home early on, before Accrington replied with two inside a minute through Clarke and Finley.

However, a calm strike before the break from Jonson Clarke-Harris put Rovers level, before he produced a spectacular overhead kick in the second half to put the Gas back in the driving seat.

There would be one more twist in the tail though, as Hare brought down Charles in the box, allowing him to step up and stroke a penalty home for ten-man Accrington in the 76th minute.

“It looked like we were the team that had ten men,” said a disappointed Rovers manager Graham Coughlan after the match.

He said: “All in all it wasn’t good enough from us… We looked awful today to be honest.”

He added: “Johnno (Clarke-Harris) is a goalscorer isn’t he. He’s a handful. There are little bits and pieces. But realistically, let’s be honest, when you’re playing against ten men for that length of time you really should go on and win the game.”