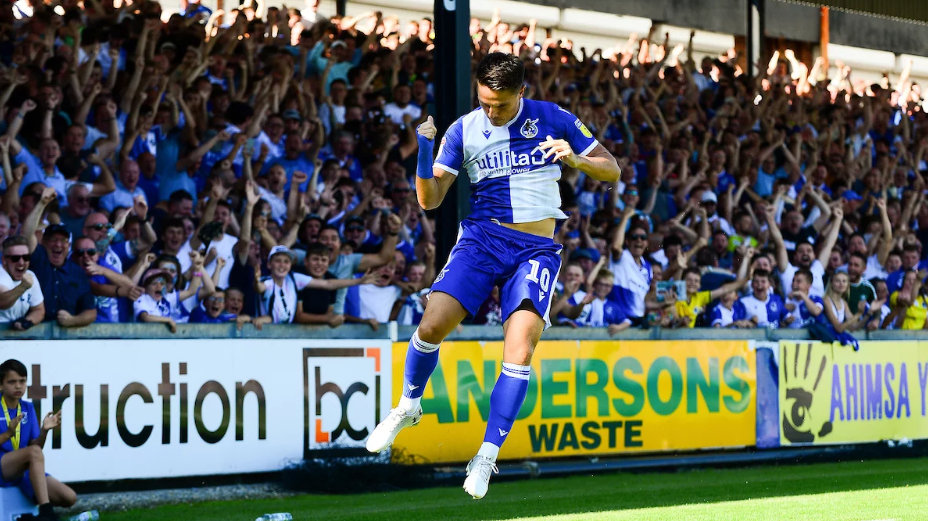 Playing as a lone striker and starting the game attacking the Thatchers End, there was nowhere for Matty Taylor to hide on Saturday afternoon.

The new Oxford United number nine was a Bristol City player until only a few days ago before being loaned to his hometown club, having made the unforgivable decision in the eyes of Rovers fans to join their rivals south of the river from the Memorial Stadium in 2017, the first player to move directly from Rovers to City in 30 years.

Taylor’s match ended abruptly with just half an hour gone with a groin strain. The 29-year-old was immediately substituted, walking straight down the tunnel with a small wave goodbye to the fans who used to loudly sing his name.

Taylor’s match could have easily have ended even earlier. Tussling with Alfie Kilgour down the right touch line on 15 minutes, he raised his arms and struck Kilgour to the face sending him to the floor. A different referee might have sent him  offence but Taylor was only given a yellow.

“Traitor, traitor, traitor” and “sloppy seconds” were just two of the few chants directed at Taylor that can be printed in a family publication. 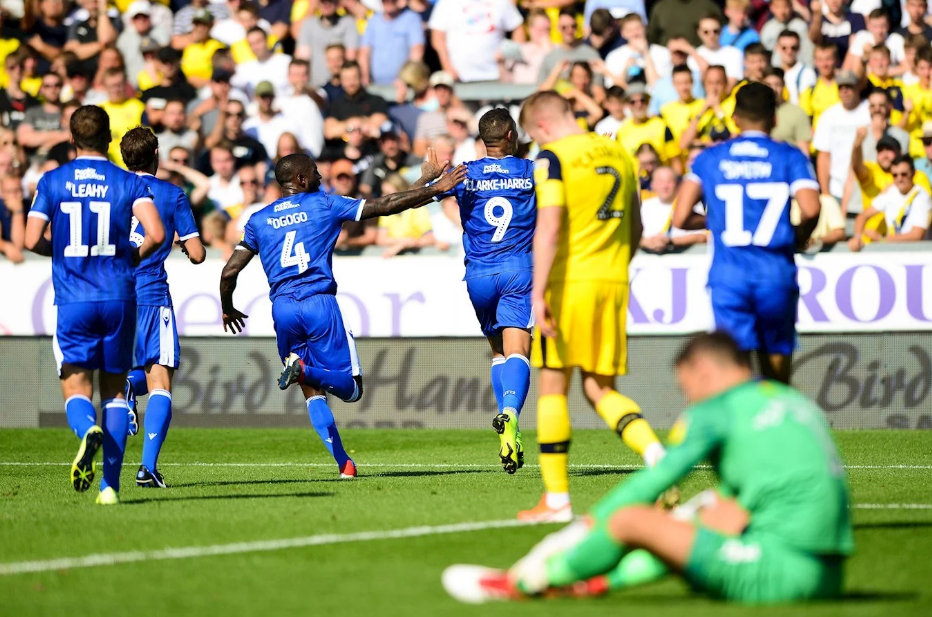 In a match that was dedicated to the memory of Junior Agogo, the former Rovers player who died earlier this week, there was a standing ovation before the game and another round of applause on 40 minutes – the age which he sadly died.

Rovers came back from 1-0 to win this game against Oxford; a victory which has seen the Gas climb into the top half of the League One table.

The home side went behind through a Ben Woodburn shot from outside the area which beat Anssi Jaakkola.

But ten minutes’ later, Ed Upson collected a ball on his chest and then volleyed it from outside the area for an early goal of the season contender.

On the stroke of half term, Rovers scored their second as Jonson Clarke-Harris headed in a cross served up for him on a plate by Abu Ogogo.

Rovers weathered a fair amount of Oxford pressure in the second half, but it was the home side who scored courtesy of Tom Nichols only a minute after he came on as a substitute, following Ollie Clarke weaving skilfully through the yellow defence.

Watching the second half safely behind the glass of an executive box, villain of the afternoon Taylor continued to be barracked by the Rovers faithful in the Thatchers End. 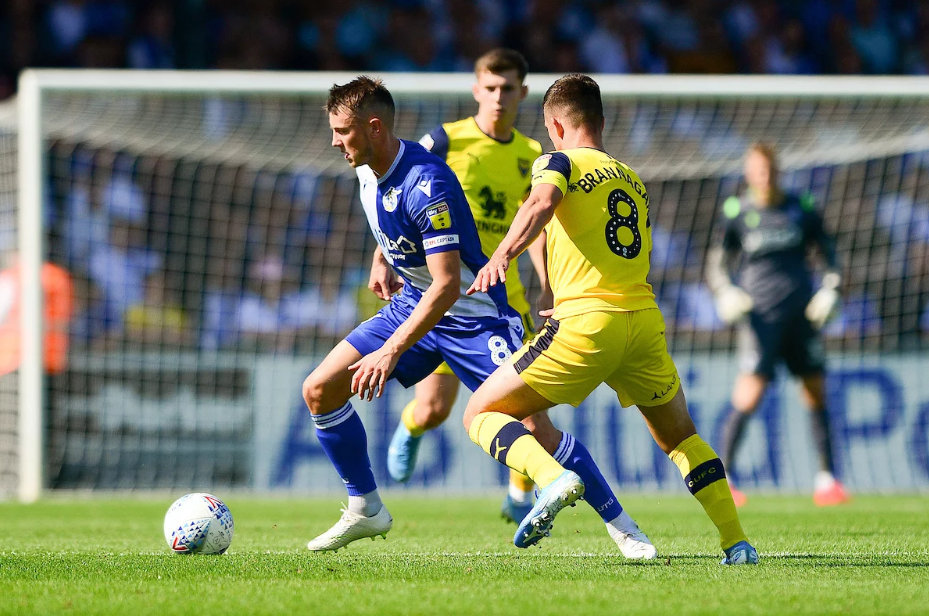