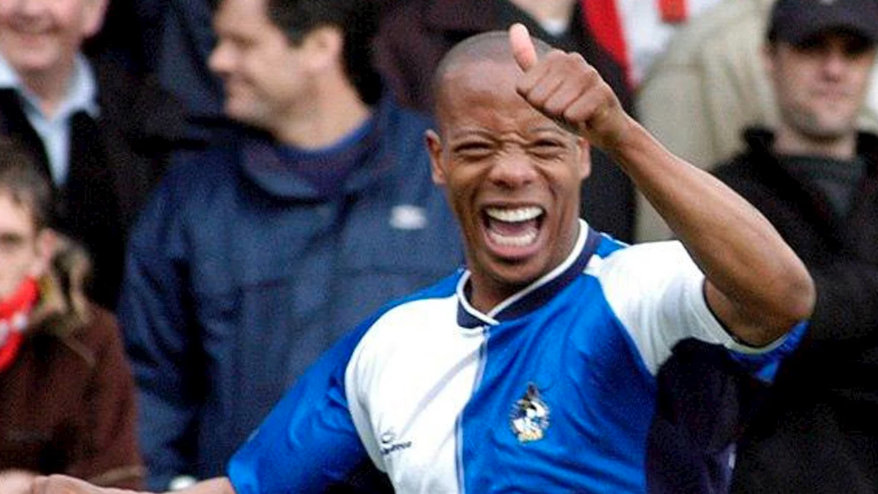 Agogo arrived at the Memorial Stadium from Barnet for a fee of £110,000 and soon became a firm fan favourite.

Our thoughts are with his family and friends at this time. pic.twitter.com/iz7SyQCNiP

Agogo was born in Accra but made his professional debut for Sheffield Wednesday during the 1998-99 season. He played only two games for the Owls and had loan spells at Oldham, Chester, Chesterfield and Lincoln before moving to the US with Chicago Fire in 2000.

He returned to the UK in 2002 and played for Barnet, Bristol Rovers and Nottingham Forest, ending his career after spells in Egypt, Cyprus and Scotland.

Agogo won 27 caps for Ghana and was part of the squad who finished third at the 2008 Africa Cup of Nations, where he scored three goals.

Agogo suffered a stroke in 2015 and struggled with his speech afterwards, telling a BBC Four documentary in 2017 he felt anxious about his language.