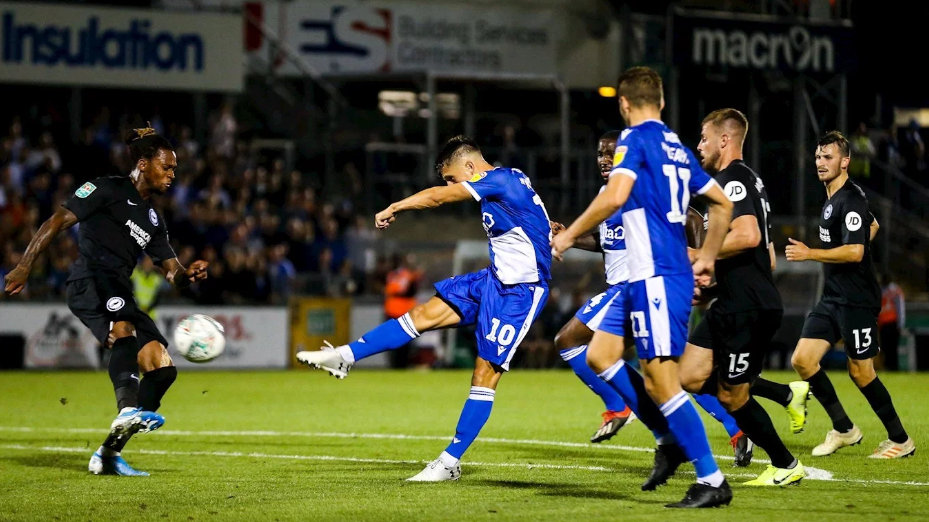 Glenn Murray has spent his life being in the right place at the right time. For Gasheads, his timing could not have been worse.

Murray found space in the six-yard area, 91-and-a-bit minutes into a pulsating Carabao Cup second round tie at the Memorial Stadium, in which Premier League opposition Brighton & Hove Albion did not overshadow a determined Rovers, but they did pinch a win at the very, very end.

Albion had taken the lead through Aaron Connolly, but Rovers equalised via a Tom Nichols strike.

Graham Coughlan used the fixture to rotate his strikers, bringing Nichols and Victor Adeboyejo into the starting 11, and beginning with Jonson Clarke-Harris and Tyler Smith on the bench.

After 90 minutes, the board went up for three additional minutes, but as home fans’ thoughts were turning to working out the five penalty takers, Murray struck.