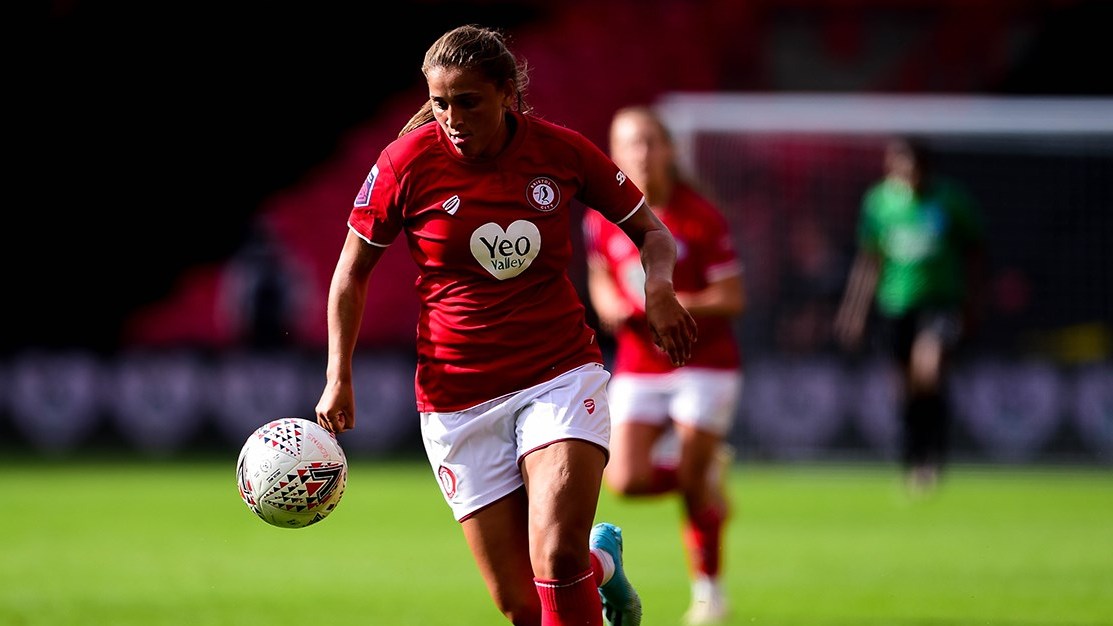 Goals from Carla Humphrey, Ebony Salmon and Abi Harrison secured three points for City Women in their first game of the FA Continental Cup in a dominant 3-0 win over London Bees.

City Women were quick out the blocks and their early domination paid off when a well-spotted pass from Olivia Chance found Carla Humphrey in the box, with her first touch setting her up nicely to slot home past Megan Lynch into the bottom left corner.

Flo Allen tried her luck when urged to shoot from 30 yards, however, her long-distance effort flew over the bar. The Robins were the dominant side and rarely didn’t have the ball at their feet, causing many problems for the Bees.

Ebony Salmon doubled City’s lead on 25 minutes, using her electric pace to get the better of Megan Alexander, to race into the box and calmly slide the ball under Lynch.

The first chance of the second half fell to the away side after City lost possession in their own half, however Matthews’ last-ditch challenge was enough to stop the Bees swarm.

Katie Robinson almost made it three 20 minutes from time when her goal-bound effort hit the back of substitute Abi Harrison. Bees almost got one back just minutes from the end when Amelia Hazard’s header from a set-piece rebounded off the post into the hands of Sophie Baggaley.

The third goal came two minutes into stoppage time when Salmon’s floated cross into the box fell to the feet of Harrison, who put the ball past Lynch from six yards out to wrap up the victory.