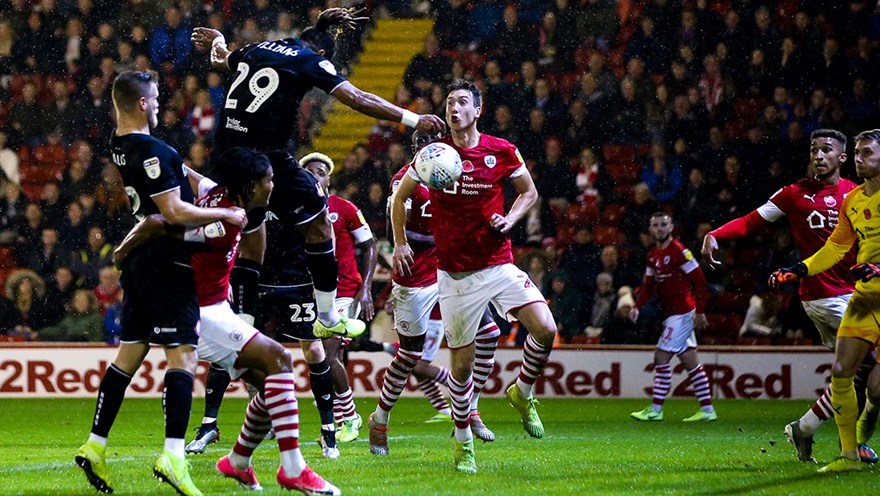 Bristol City conceded a stoppage-time equaliser as they were forced to share the points with bottom of the table Barnsley.

The Robins were seeking their first win at Oakwell for eight years and all was going well when Ashley Williams headed in his first goal in City colours.

It got even better when Andreas Weimann converted a Niclas Eliasson corner, only for the Tykes to cut the deficit through Aapo Halme with a header of his own.

It set up a nervy end and – as fate would have it – former City loanee Cauley Woodrow had the final say when he steered the ball past Dan Bentley on 94 minutes inside a crowded penalty area.