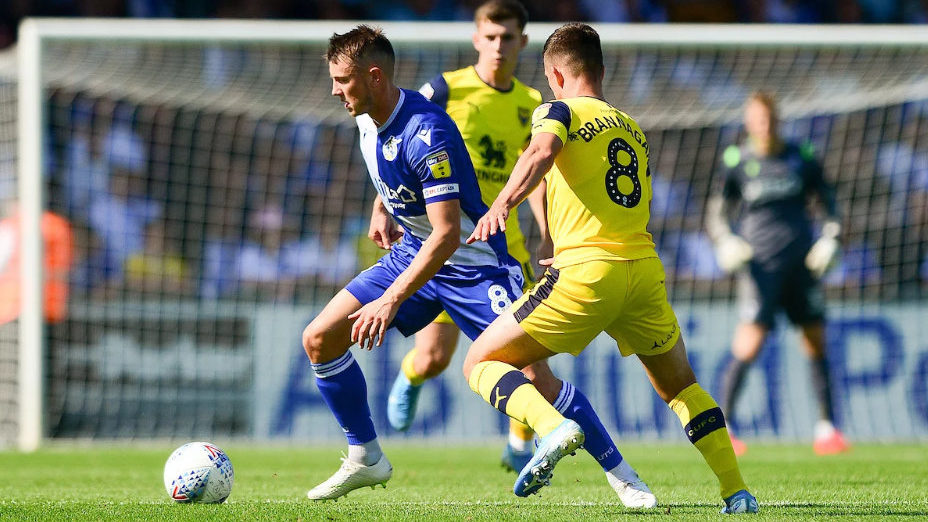 After having made more than 250 appearances for Bristol Rovers, Ollie Clarke says that it is now “time for a new challenge”.

The 28-year-old has rejected a new contract at the Memorial Stadium with reports linking him with a move to Mansfield Town.

Clarke came up through the youth ranks at the Gas before signing a professional deal with the club in 2010.

He was part of the Rovers side that won promotion from the National League in the 2014/15 season, with the midfielder contributing four goals across the campaign that ended with victory in the play-off final over Grimsby Town at Wembley.

His departure means that there are no longer any players from that squad at club.

In a statement published on his social media accounts, Clarke said: “To everyone connected with Bristol Rovers, today is the day for me to say goodbye.

“I joined this amazing club 15 years ago and never could I have imagined the journey I’d go on, to win two promotions and play over 250 games and to have been captain is something I’ll always be proud of.”

Clarke expressed particular thanks to Rovers fans, saying that their support “really has been greatly appreciated, the atmosphere at the Mem is special and I will miss it greatly”.

He added: “For me now it’s time for a new challenge and one I’m looking forward to.”

Rovers CEO Martyn Starnes said: “We want to thank Ollie for his contribution and services during his time at the club.

“Ollie has been a terrific servant to Bristol Rovers FC over the past decade, with a highlight reel of memories to choose from, which has earned him the label of a fan-favourite.

“We had been negotiating a new deal with Ollie, with the offer of a testimonial to mark his decade long service, but he felt the time was right for him to seek a fresh start elsewhere.

“We respect his decision and he leaves the club with our best wishes as he embarks upon the next step of his career.”