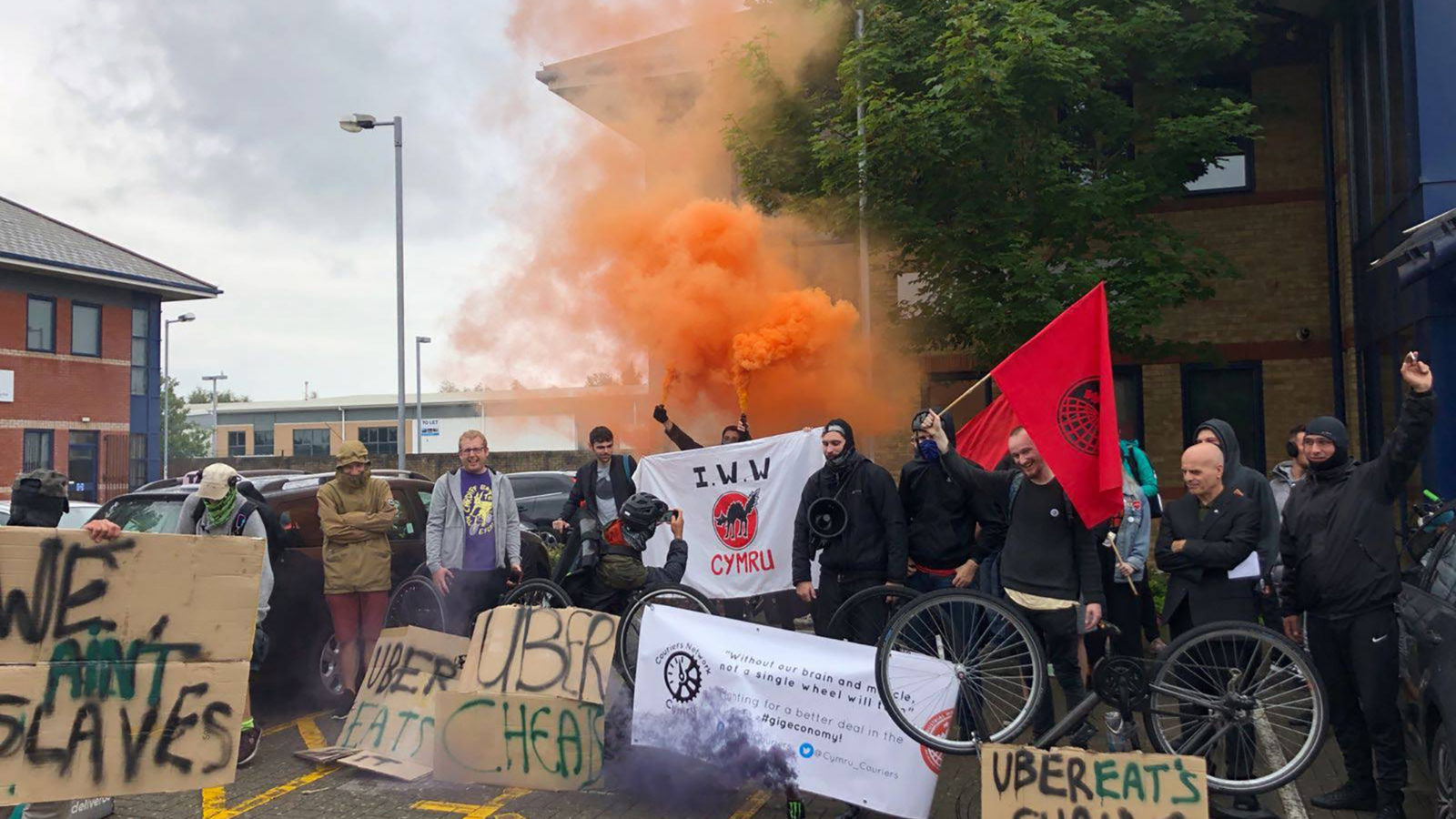 The International Workers of the World (IWW) are a trade union, but unlike most traditional unions they are not limited to any one trade or sector (or, as their name suggests, geography). They organise amongst the ‘precariat’ – people on zero hours contracts, and the pseudo-self-employed who currently have few employment rights. And crucially, like the employees whose work is defined by job insecurity, IWW are growing in number. The precariat can’t withdraw their labour to strike for better work conditions and it’s harder for them to organise protest. Hence the growth of the IWW. As an institution, the International Workers of the World might be over a century old, but its time may well have, belatedly, arrived.

The IWW was first formed in the United States in 1905; one several significant unions in the Pre-War era – notable members included playwright Eugene O’Neill and disabled rights activist Helen Keller. Recent years, though, have seen a revival of interest in the union, both in the US and in Britain, where membership now stands around the 1,700 mark.

And Bristol has become a hotbed for its activity. “We rebuilt the local branch from around 2008,” explains IWW Rep Steve Mills. “I was a branch secretary with UNISON and I like to organise. One campaign was against the PFI – UNISON was against it but it was being pushed by the Labour government. We had a really good campaign against PFI locally but I was called into the UNISON office and asked to ‘calm it down a bit’.”

In frustration, Steve quit Unite after being made redundant and, together with a group of anarchists and fellow disillusioned ex-unionists, formed an IWW branch in the autumn of 2008. With its vibrant activist scene, the city was fertile ground for such a project. “You don’t join the IWW, pay your subs and expect help,” explains Steve. “One of our catchphrases is ‘direct action gets the goods’. We use means like employment tribunals, but we’ll also use social media – writing bad reviews on, say, Trip Advisor. And we are more than happy to stand with banners outside a shop supporting someone who is owed holiday pay.”

The IWW has no paid officials and those in positions of responsibility are only allowed to stay in their posts for two years – to stop the emergence of a ‘professional’ class of unionists. The local branch has scored some significant victories in recent years, not least when

Bristol’s Deliveroo drivers went on strike in 2017 and succeeded in winning better conditions for trainer riders (who train up novice riders), the appointment of a health and safety rep, and the right not to wear the official uniform.

Ex-Branch Secretary Maff Tucker explains: “When we said ‘do you realise you are amongst the most exploited labour in Europe’ it really hit home with them. We went through things like methods for controlling meetings with the boss, making sure that you get your points across, and we supported them. But the riders managed to secure it for themselves.”

The IWW has also had recent successes defending a tattooist from unfair dismissal and taking up the cause of a group of baristas at a cafe that had wages withheld. “I think mainstream unions are failing their members on a regular basis quite badly,” suggests Maff. “They’re scared about the present economic climate and not quite sure what to do. We’re more nimble and dextrous as an organisation.” At a time when more and more of us are having to be flexible in our own working lives, perhaps a union with the same qualities is what we need.