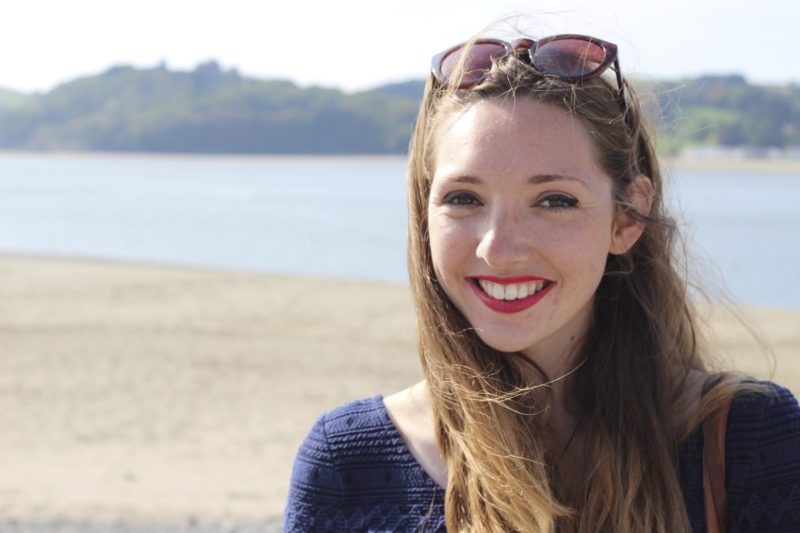 “Great, so the interview is all set up with my colleague,” I write breezily, adopting a fake-it-til-you-make-it attitude to the new Deputy Editor role that sits weightily under my name in my email signature.

“Great!” comes the reply from the PR company. Then, a few moments later: “My client would prefer it if someone not on work experience could do the interview with him..?”

I don’t let the – very capable – university student doing work experience hear me as I dissect the email the next morning, still riled.

It had taken me back a handful of years, to my fruitless attempts to break into an industry that didn’t seem to want me, perhaps in part because of attitudes like that: seeing a relative lack of experience necessarily equating to absolute incompetence.

It’s the 21st century catch 22 that you can guarantee every 20-year-old is well versed in. You need a job to get experience, but can’t get experience without a job. At some point, someone must take a punt, and punts feel few and far between for my generation.

In 2013, I handed back my rented cap and gown, moved back in with my dad and became one of a million unemployed 18- to 24-year-olds, spending 13-months in on-and-off employment, unpaid internships and zero-hours contracts. I lost myself in the labour of applying for jobs I didn’t want.

The exciting post-university life and career I’d imagined were fast evaporating, and I was depressive and desperate. I never want to go back to how I felt at that time.

I was struggling to muster the energy to continue the search, to complete pages-long application forms and attend interview after interview where the feedback was always, “We think you’re great, but we were looking for someone more experienced”.

Not daring to expect anything, I applied for a job as a content creator at Rife Magazine.

At that time, the platform for 13 to 24s to share their voice was less than six months old, and hadn’t yet bloomed into the fascinating project it has become, working with more than 8,000 young people through outreach projects and employing six cohorts of young journalists for six month stints.

But it still sounded too good to be true. Six months being paid to do something you love? I didn’t think jobs like that existed.

I had stopped nervously waiting for news from job interviews. I knew that more than 100 people had applied for just four posts. And there had been 20 intimidatingly talented young people at the group interview.

So when my phone rang on a soggy afternoon and a voice on the other end said I had been selected, I had no idea what to say.

I think I probably said thank you. But what I meant was, thank you for giving me hope. Thank you for taking a punt. Thank you for seeing something in me that 13 months of rejection meant I could no longer see in myself.

Six months at Rife were enough to help me get some confidence back. Suddenly, I was writing for a real audience, not just my mum and six anons on Tumblr.

I was being mentored by people who knew their stuff, in one of  Bristol’s most exciting arts hubs, the Watershed.

My words and my opinions and my work felt like they mattered, and for the first time for many years, I had some genuine validation that I was doing something right with my life.

As my time at Rife ended, I left with a portfolio of published work and a bank of contacts. I took a risk to go freelance and picked up work within Watershed that tided me over before being offered a real job at a real magazine.

Without that first step into the industry, I can categorically say I would not be where I sit today: at the right elbow of a professional editor, eagerly learning how to put Bristol24/7 together both in print and online, and with the confidence to fight my corner.

Graduates of Rife internships have gone on to contribute to award-winning books, to set up their own online magazine challenging the lack of representation in the whitewashed mainstream media, to create social media content at the Guardian, to write and produce for the BBC, to make short films for Channel 4 and do so much more.

For every single one of us, Rife was the start of our journey.

Losing Rife in its current form to austerity politics and short-sighted Bristol City Council cuts makes me desperately sad. Only a few weeks ago, I was back in that familiar office, chairing an editorial meeting with a group of work experience students who were writing their first ever pieces of content.

They told me they dreamed of being animators, film reviewers and YouTubers. I told them to get involved with Rife and to use it as a springboard for their own careers, just as I had. Now, I wonder if they will have that chance.

The people who make decisions to cut exciting, innovative youth services like Rife are many decades on from their days as nervous 15-year-olds, stepping into an office for the first time ever. They walked in those shoes once, as their children have and their grandchildren will, but they willfully choose to forget their own journeys.

A little empathy for those young people would go a long way, for everyone has to start somewhere.

Jess Connett is Deputy Editor at Bristol24/7 and also coordinates their work experience programme. Contact her to get involved: jess@bristol247.com.