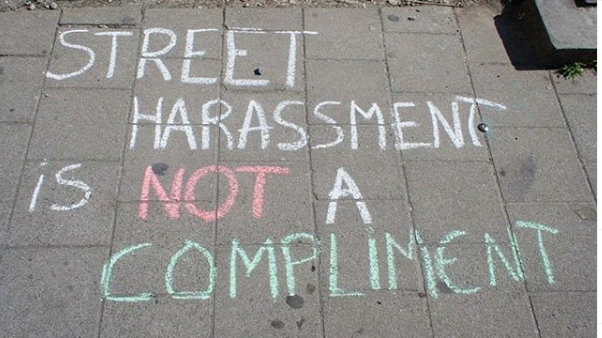 The first time I remember being catcalled was at the age of 13. The man followed my friend and I through the Harbourside as we tried to ignore him. Nobody said anything. Since then, I’ve lost count of how many times and how many different ways my body has been commented on by strangers.

Back in 2017, Bristol ranked the third highest city for reports of sexual offences per thousand population. Zero Tolerance, a Bristol-based organisation, researched into this. They found that 35 per cent of people experience harassment on a weekly basis in Bristol and a staggering 76 per cent had experienced street harassment in broad daylight.

Clearly, it’s a massive problem in Bristol. Now, as we approach 2020, I have hope that a difference has been made.

The Bristol Street Harassment Project, run by Bristol Women’s Voice, have been a major catalyst for change. They alone have worked with over 100 local employers to provide training, given self-defence classes, ran conferences on domestic abuse and stalking; working with men and boys to tackle gender-based violence; the impact of gender-based violence on disabled people; and a gender-based violence film festival and developed a toolkit on how to respond to street harassment- including being an active bystander.

However, despite their abundance of excellent work, the project will no longer continue. In September of 2019, the project took to Facebook to announce they were unable to secure enough funding. The initiative will now only run through limited activities delivered by Bristol Women’s Voice.

It’s devastating that this has not received more support from the city of Bristol.

Data collected by Plan International suggests that the problem may have grown since 2017. Amongst girls aged 14 to 21, 66 per cent have experienced unwanted sexual attention or harassment in a public place across the UK.

However, since they launched their campaign, ‘I Say It’s Not OK’, the UK Government has recognised street harassment as a form of gender-based violence while reviewing their national strategy to end violence against women and girls.

It’s a step in the right direction, but it’s not enough.

With the Home Office stating that the number of recorded hate crimes have more than doubled in the last five years (from 42,255 to 103,379 offences), LGBTQ+ people and Women of Colour are at a higher risk of street harassment.

With such a vibrant multi-cultural and LGBTQ+ community in Bristol, this issue should be taken more seriously. Especially since street harassment can escalate. 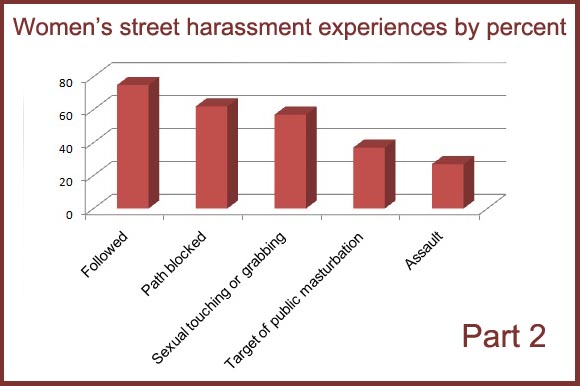 I don’t think enough is being done in Bristol, or anywhere. Luckily, I’m not the only one. Sisters Maya, aged 20, and Gemma, aged 15, have started a change.org and campaign, ‘Our Streets Now’, to tackle the issue. They want to see the UK follow in France, Belgium and Portugal’s footsteps by making street harassment illegal in the UK.

“As young women, we have gotten so used to constantly being scared,” says Maya. “Catcalling is an incredibly threatening thing to experience. It makes us feel powerless, objectified, hurt, and angry.”

“She was just trying to go home"

Being silent doesn't protect us.

Shouting back doesn't protect us.

The police don't protect us.

The state doesn't protect us.

Read this piece and remember her name, Ruth George. RIPhttps://t.co/rSkGjzevtO

One group doing a particularly good job at raising awareness is the Catcalls of Bristol page, run by Daisy Banwell.

Inspired by the similar campaign in New York, Daisy writes quotes from women who have been catcalled in Bristol on the streets where people can see what kinds of things people are put through. This in your face, public approach works extremely well as it forces people to acknowledge it. 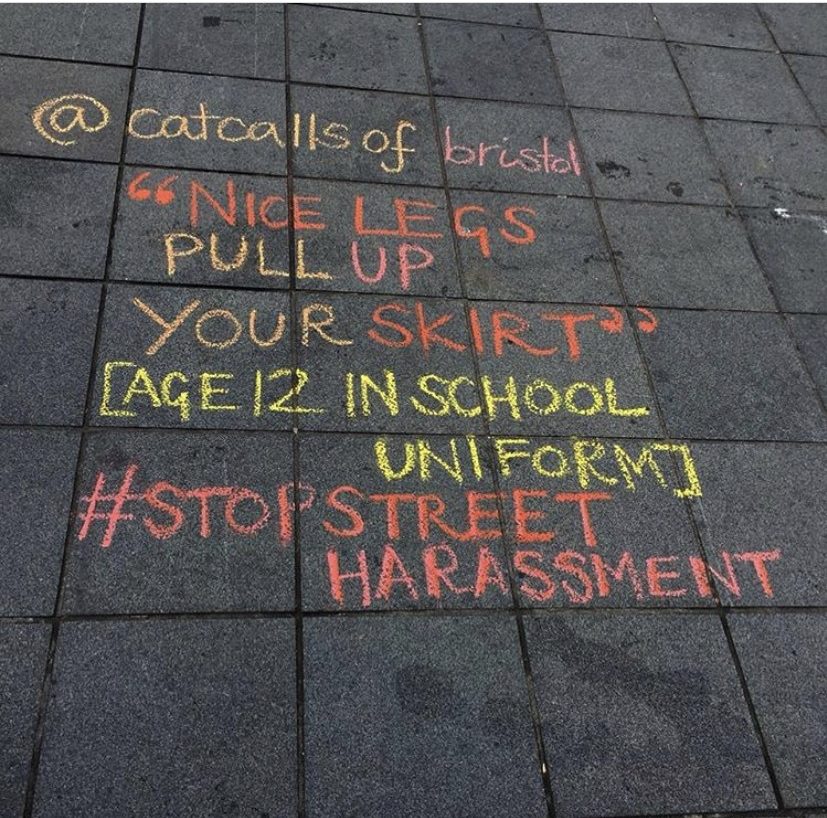 I’ve found that part of the struggle of fighting street harassment is actually convincing people it’s a problem and raising awareness about it.

The generic dismissal is usually something along the lines of “it’s not harassment, it’s just a compliment”. A compliment is something that is polite, appropriate and makes a person feel good. A stranger yelling that they think my ass looks good from across the street doesn’t fit that category.

Street harassment leads to poor body image, intimidation, anxiety. It can escalate to something violent and horrifying. It encourages the objectification of men and women. It sexualises young girls. Why is it not illegal? 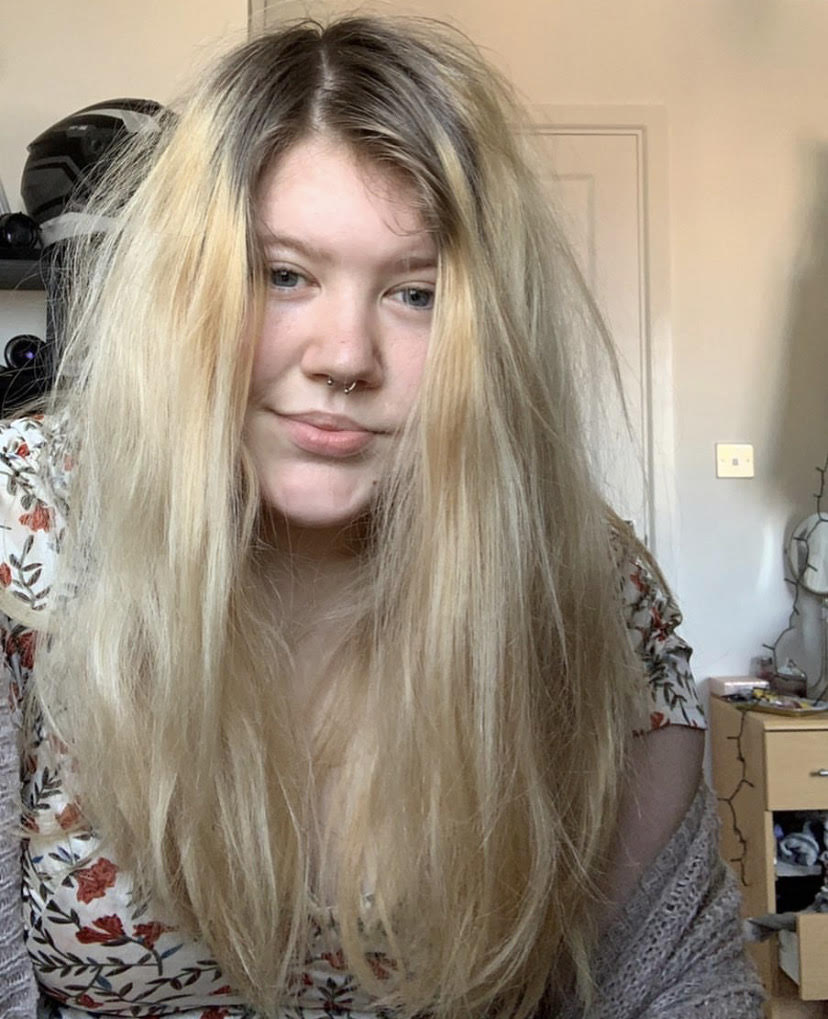 Read more: ‘Harassment, catcalls and groping are a daily reality for many women in Bristol’