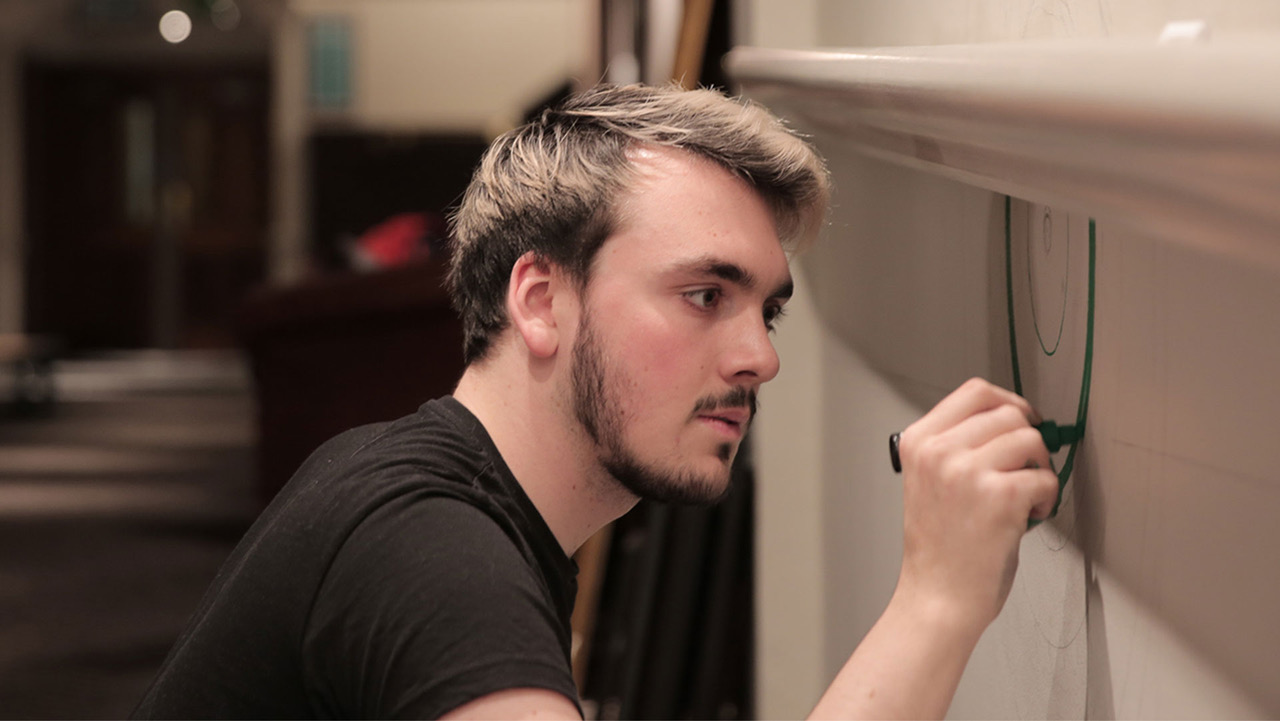 Bristol is a city filled with creativity. From graffiti in Stokes Croft to fine art in Clifton, in big studios and small back rooms, Bristol is home to so much creative talent.

It’s a part of the city that we should nurture – not leave to struggle and strain.

But Bristol is fighting to retain its status as a creative place to live and work. The tenants of Hamilton House have been fighting for months to try and save its building from developers. Many artists, makers and creators that work there have already had to relocate.

Bristol has campaigned for months to be a creative hub for Channel 4, putting in work to be recognised for its creativity and ambition that recently paid off.

And on a small scale we’re fighting to keep Ursa, the Bearpit bear created by Jamie Gillman, from being removed.

Whilst scrolling through my Facebook feed recently, I spotted a post from Soho Coffee Shop, which has more than 20 branches in the UK and Ireland, including on Queen’s Road in Clifton. The post (which has now been deleted) said they were looking for an artist in Bristol to help them create a design for their walls.

Except they weren’t prepared to pay for it. To me, that just doesn’t cut it. 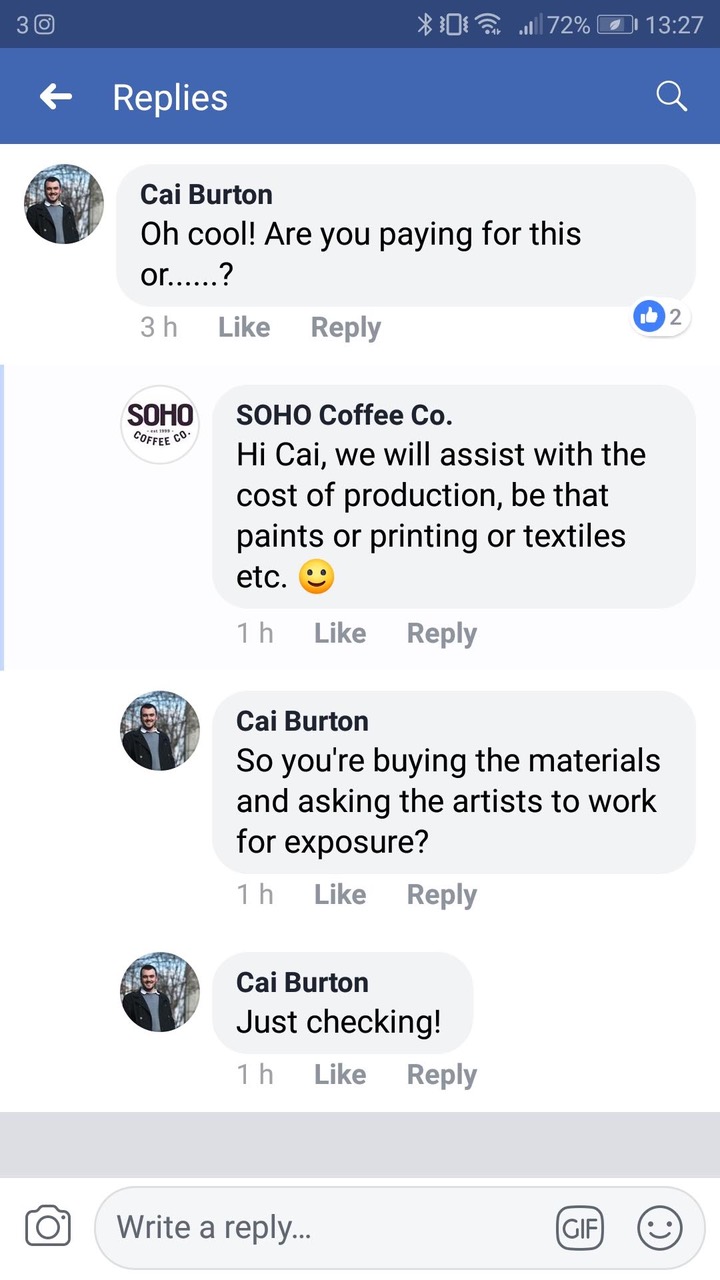 Asking artists to work for exposure is not sustainable. For me, illustration is a profession that I’m trying to make a living out of. You wouldn’t ask a barista, cleaner or marketing manager to work for free in order to get their work out there. You’d pay them a wage.

It’s part of a bigger trend set by larger organisations who can take advantage of people that will work for free. It sets a precedent where it’s okay for clients to expect artwork for free, which means that people who do this for a living end up losing out.

Even if it was purely targeting young people and students: what excuse is that to not get paid? University fees are staggeringly high, and money is a huge concern for a lot of young people. 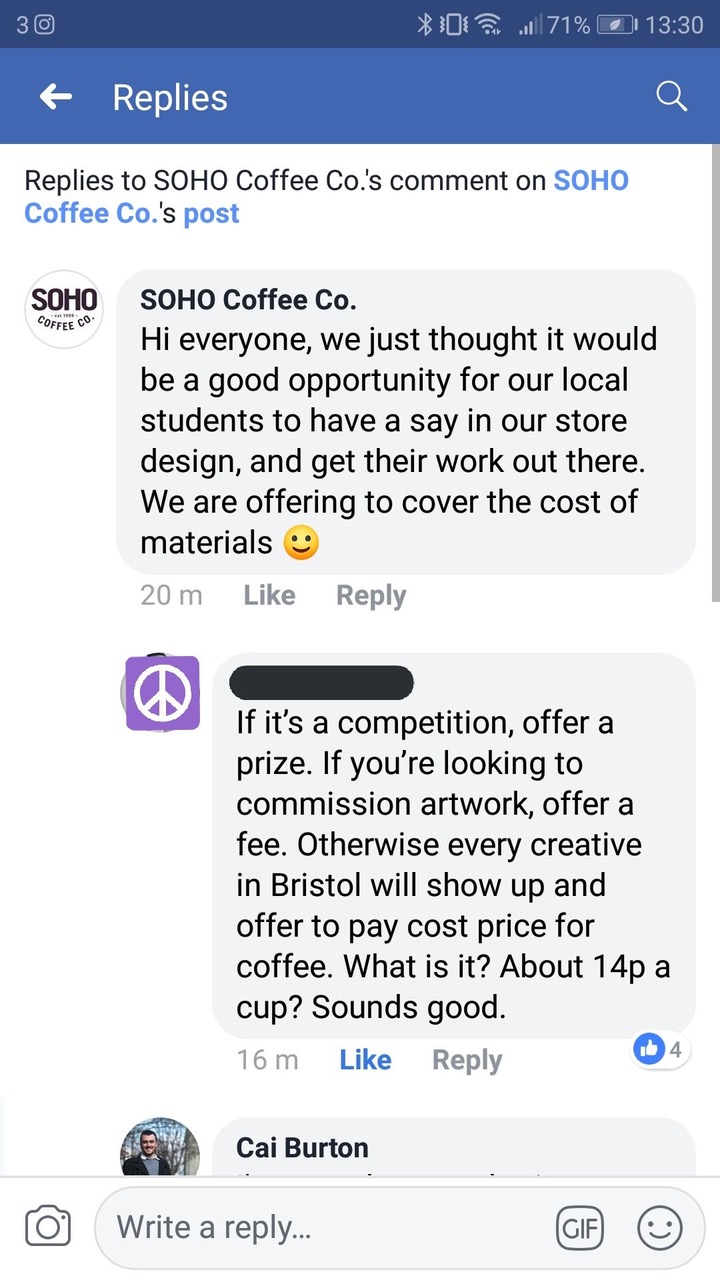 There are so many ways to provide opportunities to young artists and students without asking them to work without pay.

It doesn’t take much effort to find organisations like Rising Arts Agency who do great work with organisations to offer paid commissions, embed young people in decision making roles, provide mentoring with industry professionals and give a platform to under-represented voices.

Or places like Watershed that regularly support young people through programmes like Rife Magazine and BFI Film Academy.

Soho Coffee, who had the idea, obviously never set out to create issues. The campaign has now been taken down and they have listened to feedback, which is encouraging.

I’m sure it was well intentioned, but the issue was that it wasn’t thought through properly. Nobody stopped and thought, ‘hey, this might not be a good idea’, before the advert went out. Nobody had any issue with asking artists to work for free, let alone paying to promote it on Facebook.

It’s this mindset that needs to change. We need to let people know that it’s not ok to expect free work from artists so that this sort of thing doesn’t happen again.

I have no real issue with Soho Coffee. What I have an issue with is not valuing the hard work, time and dedication that goes into creating artwork, illustrations and murals.

Paying artists is important because art benefits businesses, society and individuals. Artists have value and should be respected.

Cai Burton is an illustrator and creative producer from Bristol