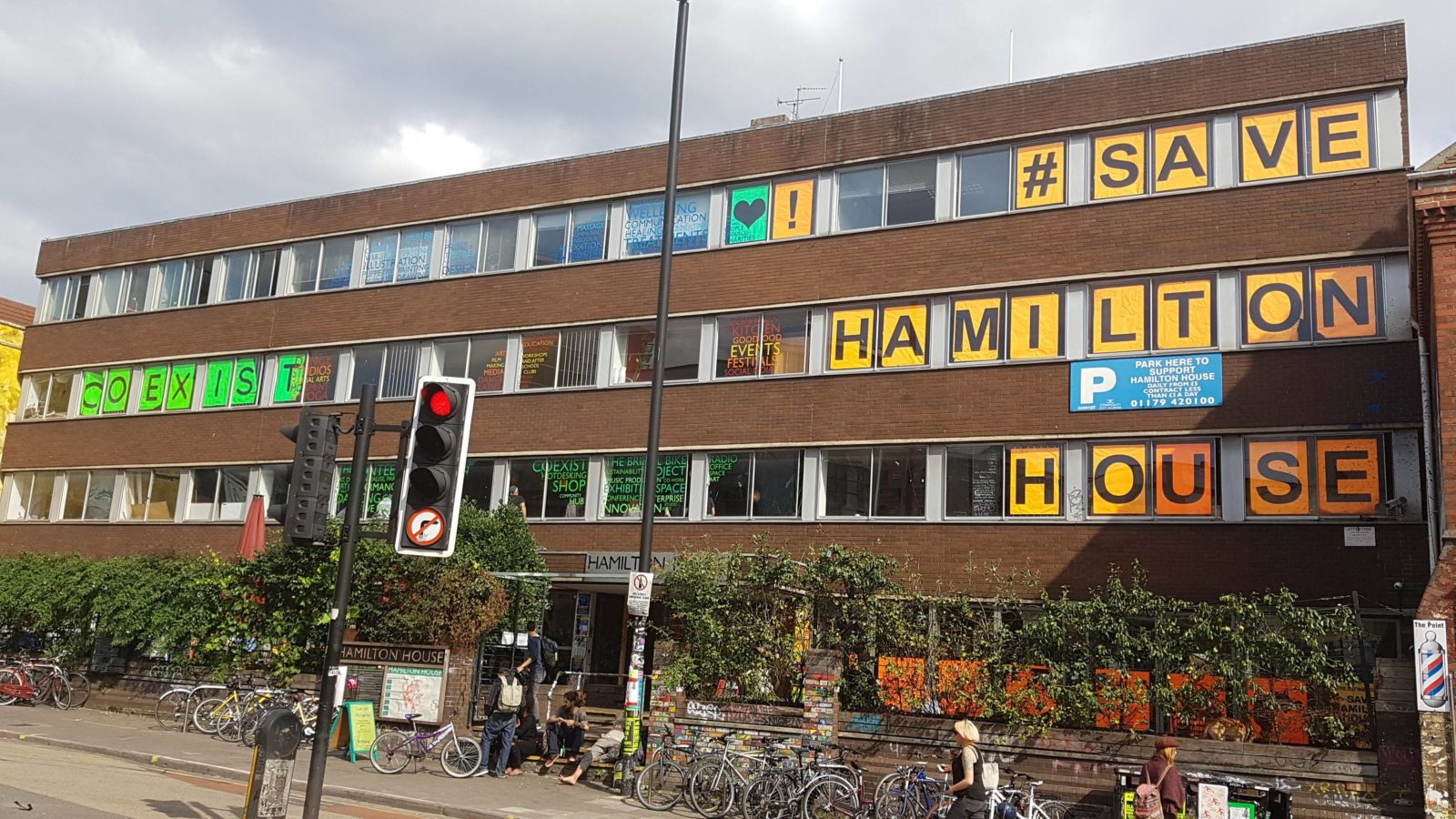 The owners of Hamilton House have spoken out in a bid to quell growing concerns about the future of the community arts hub.

In the wake of a demonstration, that saw hundreds march through the streets to protest at the prospect of the Stokes Croft building being turned over to profiteers, Connolly & Callaghan (C&C) have released a statement to give their side of the story.

Months of uncertainty came to a head in August when the company announced it would not offer a long-term lease to Coexist, the social enterprise that has run the community arts element of Hamilton House for a decade.

Instead, C&C plan to bring in a new management company – sparking fears among the collective of artists, charities and organisations who rent space in Hamilton House that their days are numbered.

In a bid to set the record straight, the company said in a statement: “We recognise the passion and enthusiasm of the community of Hamilton House, which was the vision of Connolly & Callaghan, who encouraged its use as a social enterprise.

“The demonstration through Bristol last night shows that people care about its future, as do we.” 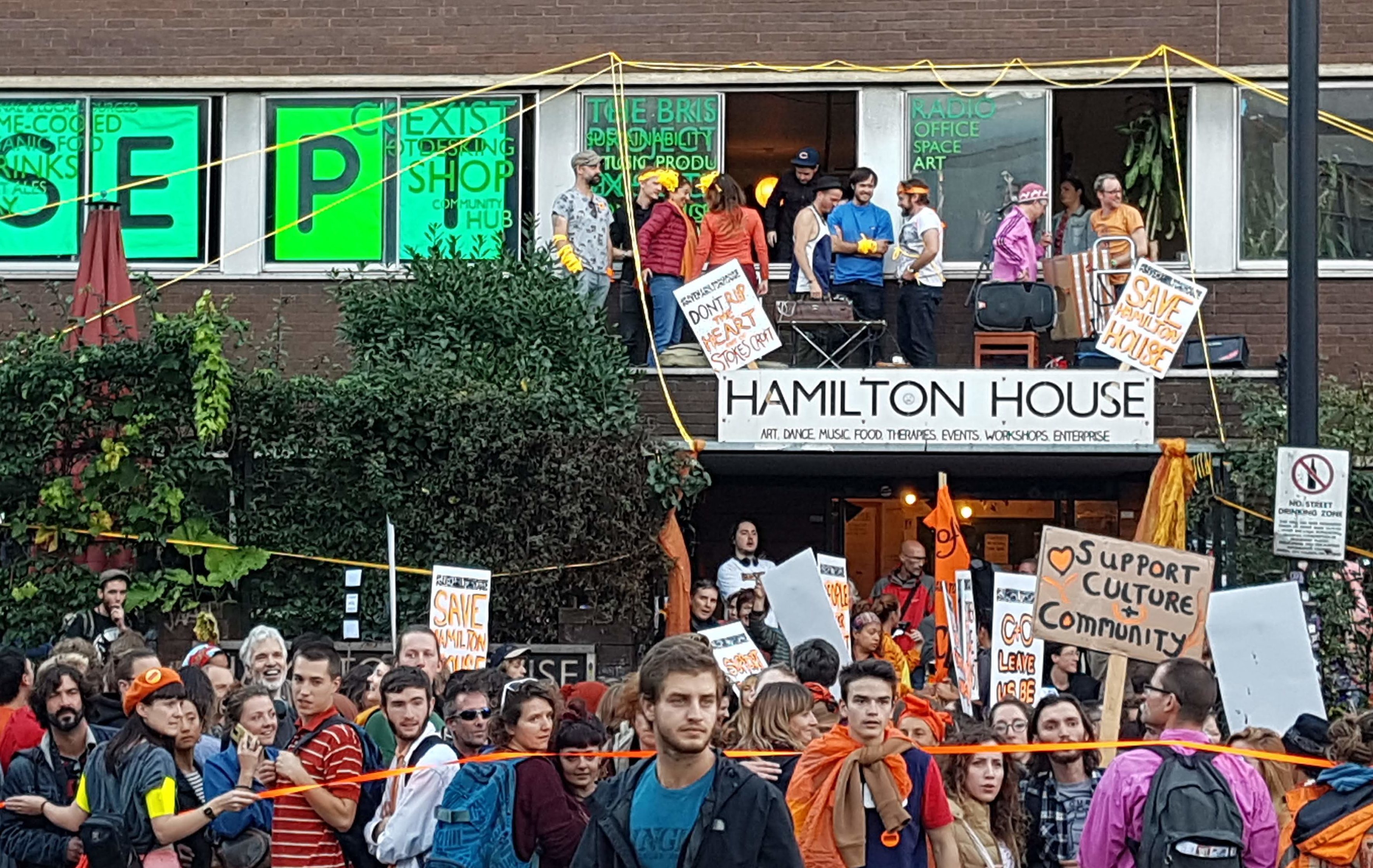 Hundreds turned out for a peaceful demonstration on Thursday

C&C said that after months of talks and uncertainty, company bosses did not have confidence in Coexist’s business plan, and so plan to appoint interim managers while they open negotiations with other local community groups interested in a long-term lease.

The company’s spokesman confirmed that a change in management will not result in any existing licensees being asked to leave the building imminently.

C&C maintains it does not want to see Coexist leave Hamilton House but wishes to see the social enterprise “released from the responsibility for space management so that the team can focus on the community outreach that is their core value”.

The directors of Coexist argue they do have a viable business plan. 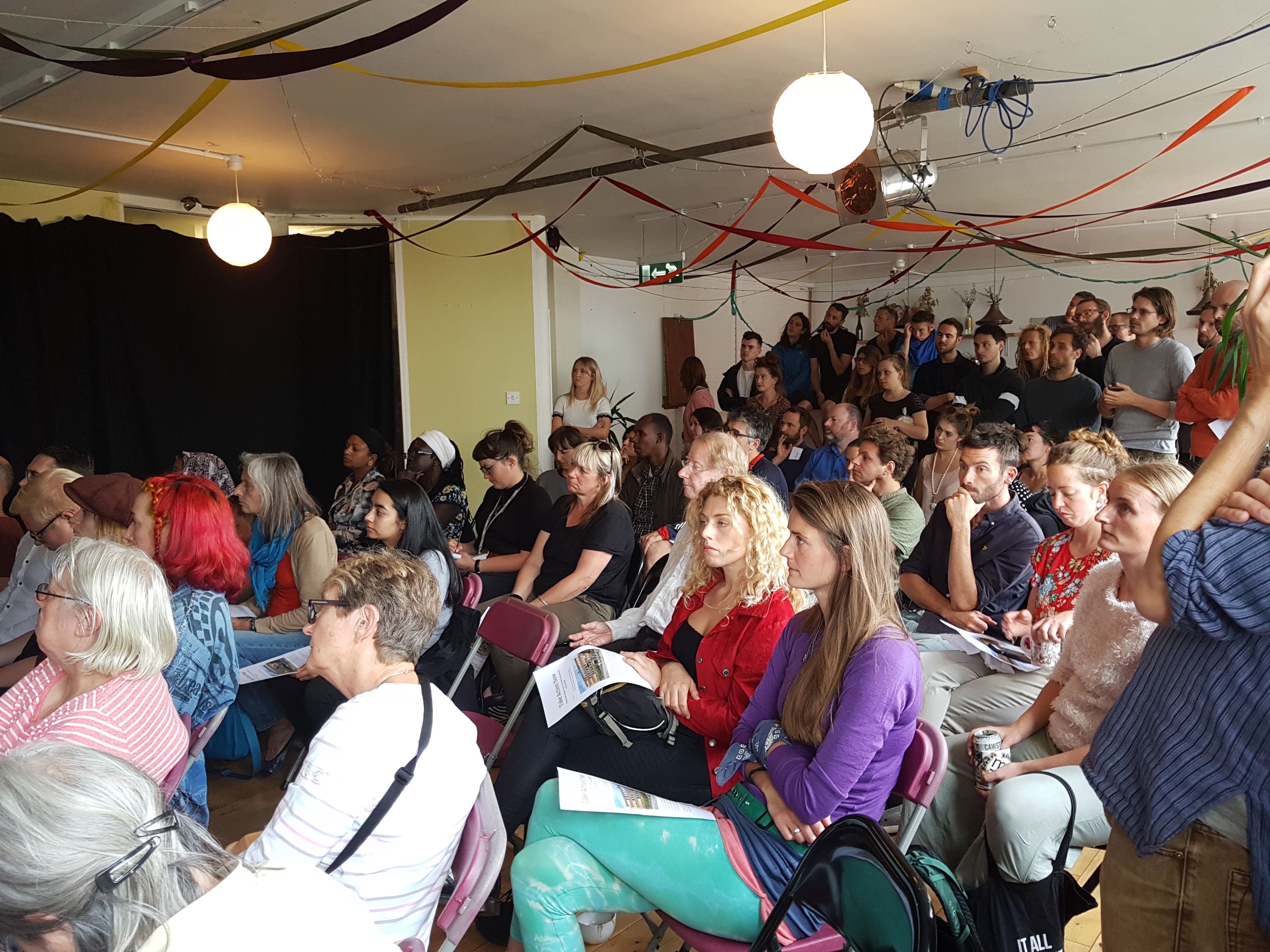 “If we do not have a contract in October then we are crippled, so we cannot run community stuff,” said director Ari Cantwell at a packed public meeting earlier this month.

“We are not saying that no-one else could look after this building and run a great community space, but for the last ten years, we have built this community and we really believe that we can make it better than the vibrant space it already is.

“We are sceptical that a new company coming in could keep the community at its core with the commercial pressures.”

Exactly when new interim managers will be taking over remains up in the air. C&C says when the change happens, existing tenants will be offered new licenses – at their current rent – with an independent entity that is being set up specifically for this purpose.

This would then be passed on to the new long-term leaseholder, expected to be in place by late February 2019. 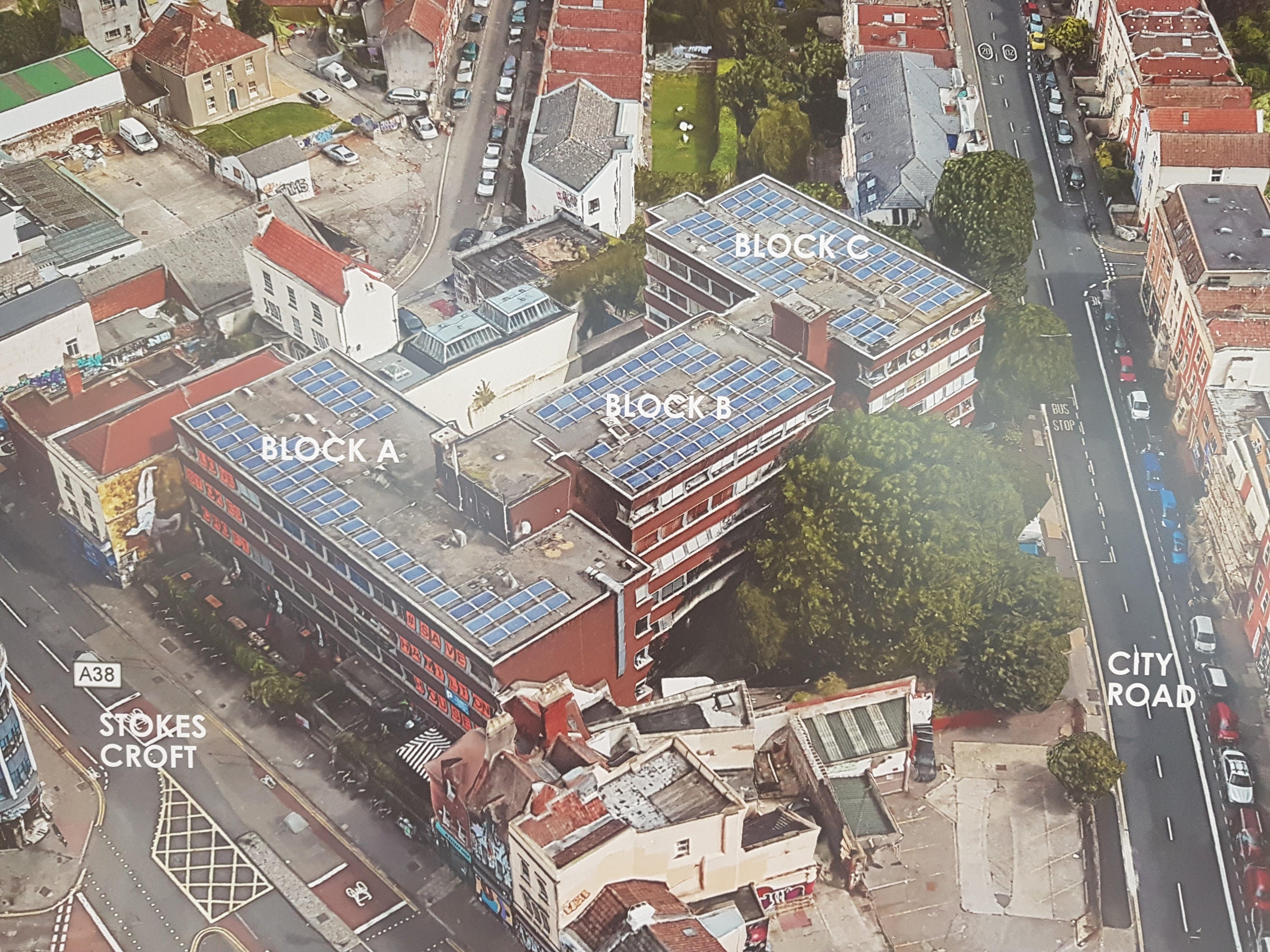 Despite these reassuring words, C&C admits that uncertainty remains about the future of block B –  its fate resting on the outcome of a planning appeal.

If the company’s appeal for permitted development is rejected, then it intends to turn the artists’ work spaces into residential flats – a move C&C says will safeguard the future of block A as a community hub – albeit one much reduced in size. An answer is expected by the end of October.

The Canteen remains unaffected, as it is independently managed and operated.

The C&C spoekeman added: “We want to see Hamilton House as a thriving asset to the community, but it needs to have a secure financial future to stay that way.”

But the hundreds who turned out in peaceful demonstration on Wednesday evening have given their backing to Coexist, and want to see Hamilton House moved into community ownership – the only way they feel it will be truly safe.