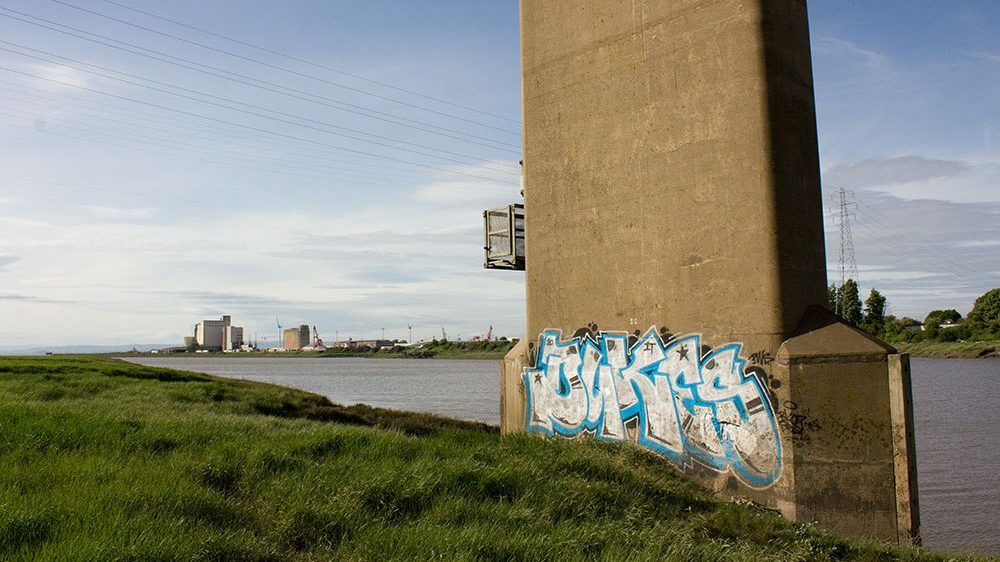 The cycle route turned right, but the worn road carried on and out of sight behind sprawling brambles.

I was curious to see where it ended seeing as the river wasn’t far away, so I carried straight on. Tarmac soon turned to thick gravel, crunching heavily beneath my wheels. Then the track ended and I found myself under Avonmouth Bridge.

The space was like a construction site with mounds of earth and rubble piled up between the columns. A red fence separated rows of cars glinting in the sun, ready for transport to somewhere across the country.

Ahead was a short tunnel made of corrugated steel that led under the train track. I headed towards it, checking gingerly around me for any signs of life. If this were a film set, it would likely be the setting for some shady dealings, or worse. However, I was alone. 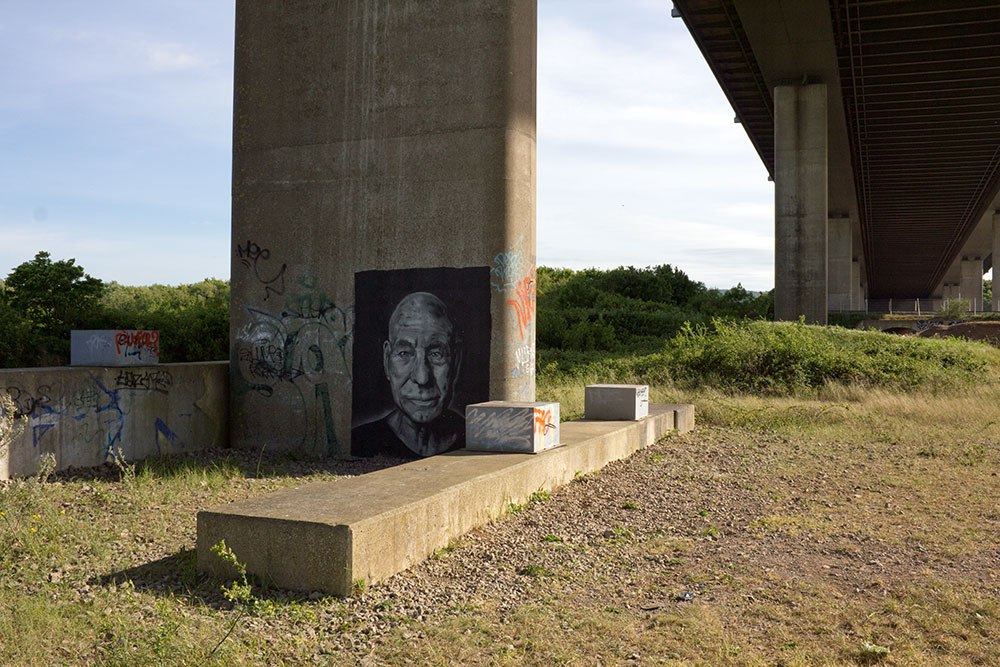 On the other side of the tunnel, the space opened up. Thick waves of grass spread out in either direction towards the mouth of the river and down to Pill. On the columns that planted themselves like giant’s feet, portraits had been painted of Noel Gallagher, Patrick Stewart and what I took to be a refugee with the words “war on war” written beside it.

I carried on towards the river, watching the barriers rise on the Avonmouth side as a train past through. The only other movement was the water flowing by towards the estuary.

Just as I got back to the road, a gang of kids on mopeds came off the cycle path and sped past me. I glanced at them, their faces looking rough and jaded. I guessed it was their local patch, not a bad place to tear it up for a while, maybe smoke a joint by the river. But I was grateful that I got to appreciate its seclusion all to myself. 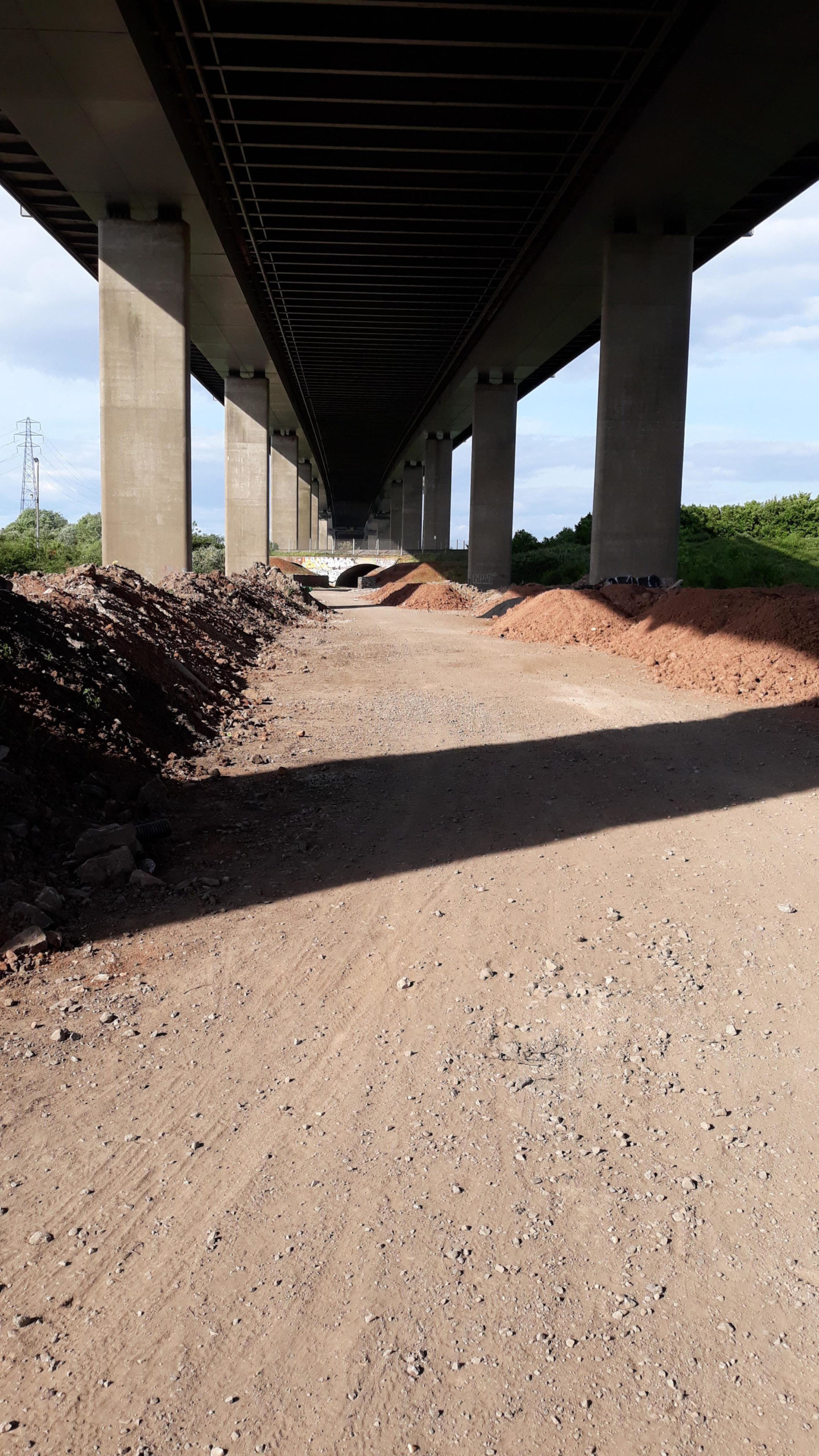 An offbeat path underneath the bridge 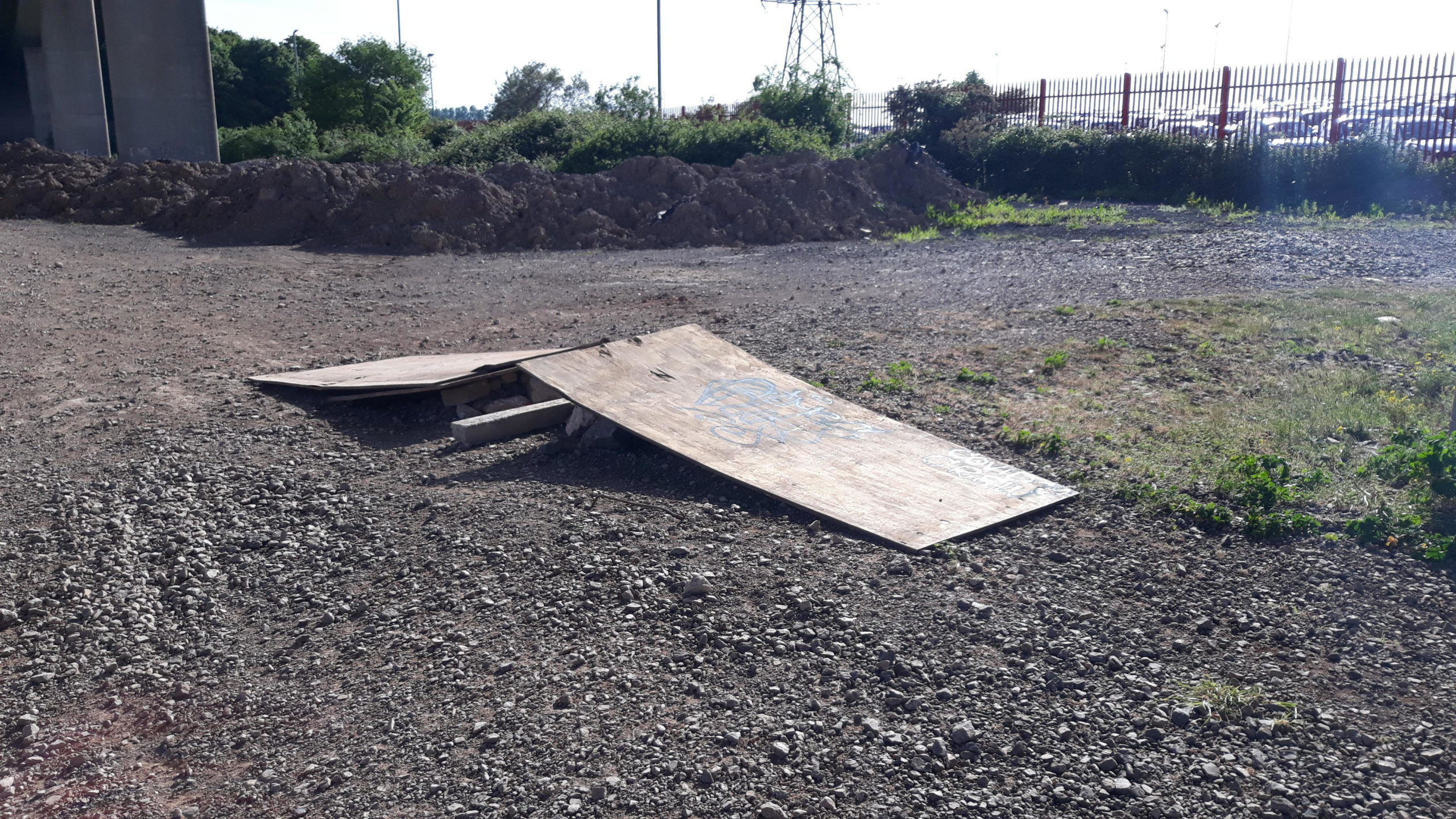 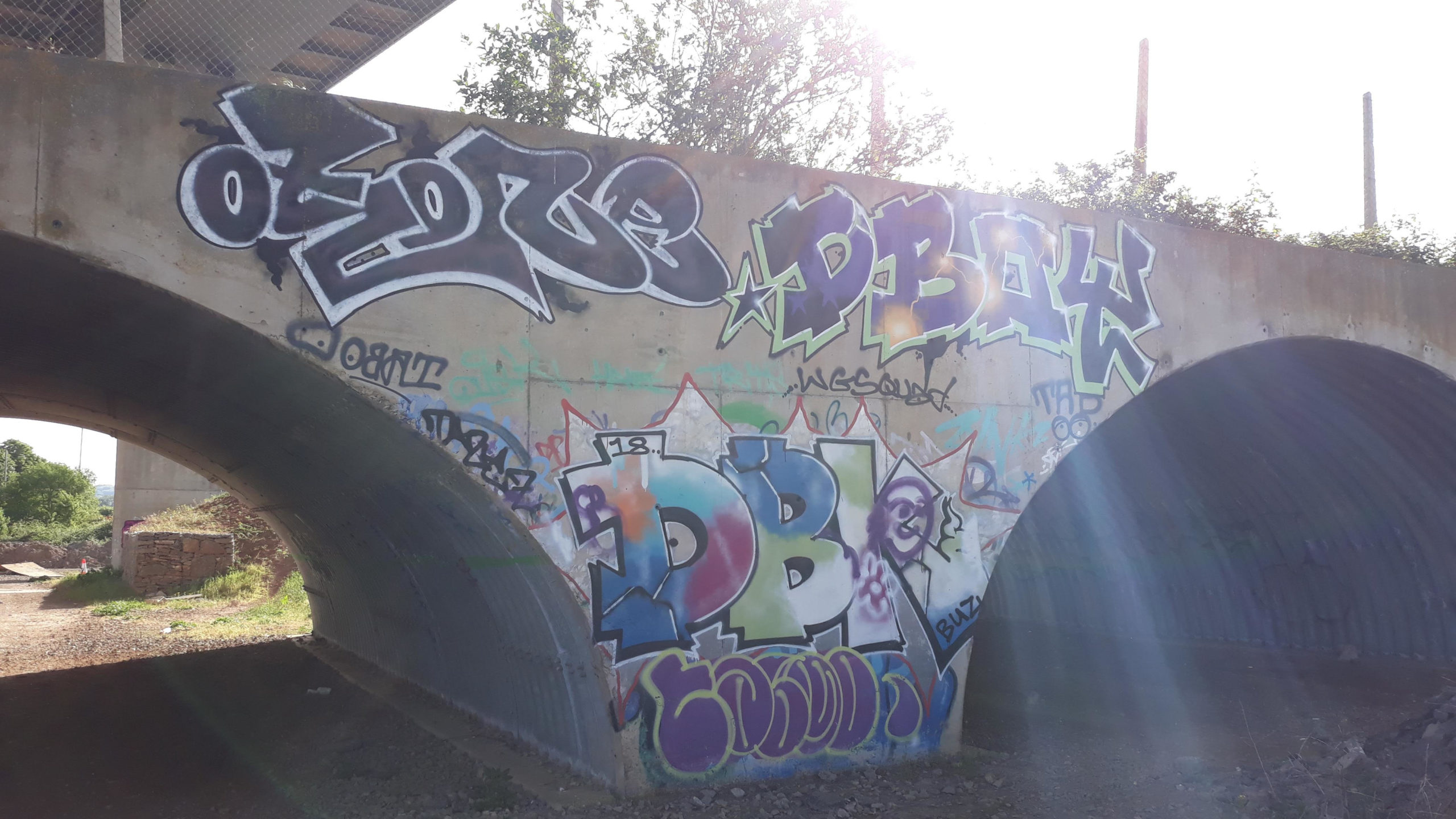 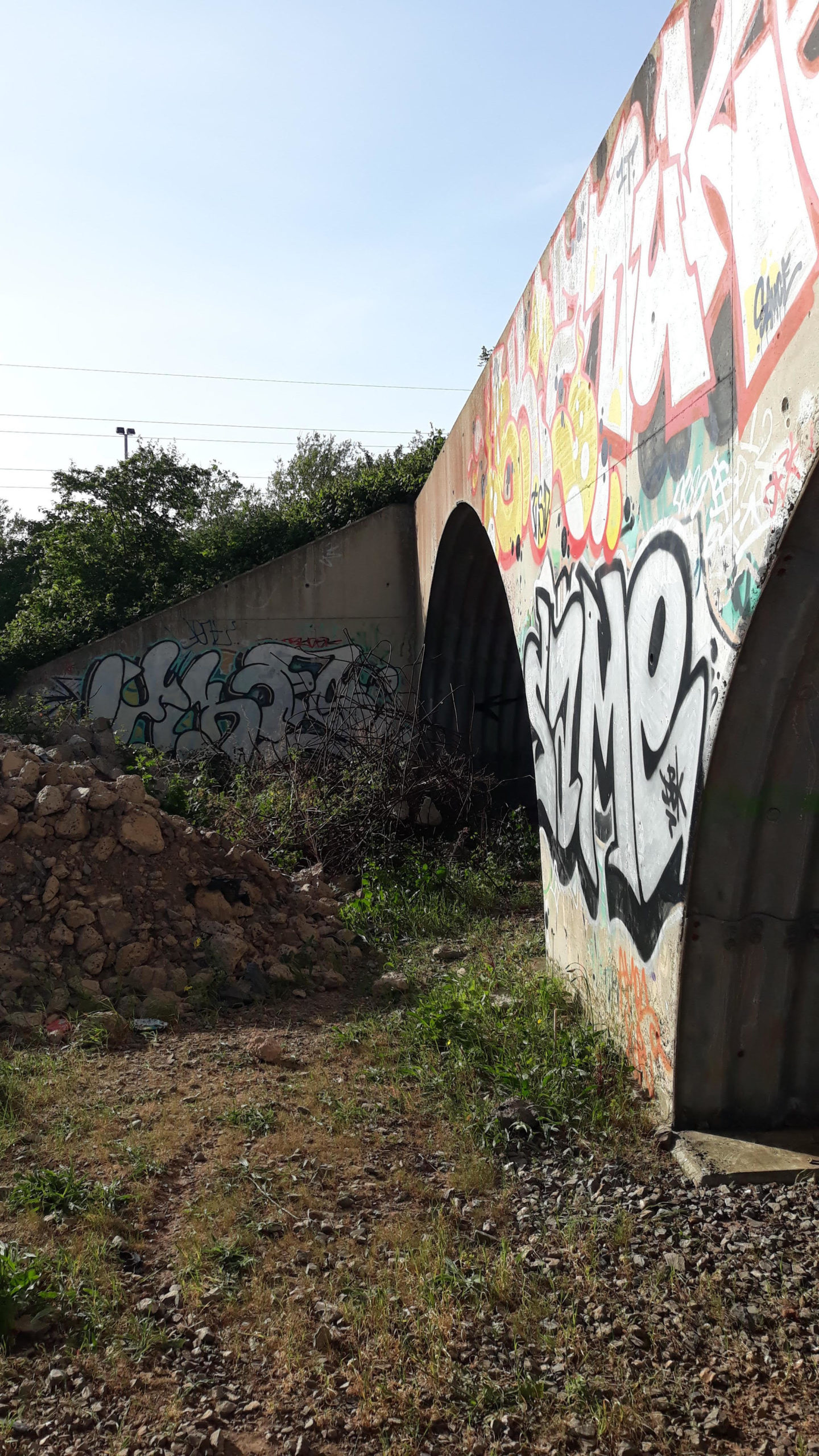 Alex Rankin enjoys roaming and writing about off beat places. He also puts together the odd bit of short fiction and is currently working on a commission on the theme of isolation.

Read more: ‘When the lockdown is over, I don’t want our city to return to being congested, polluted and unsafe’