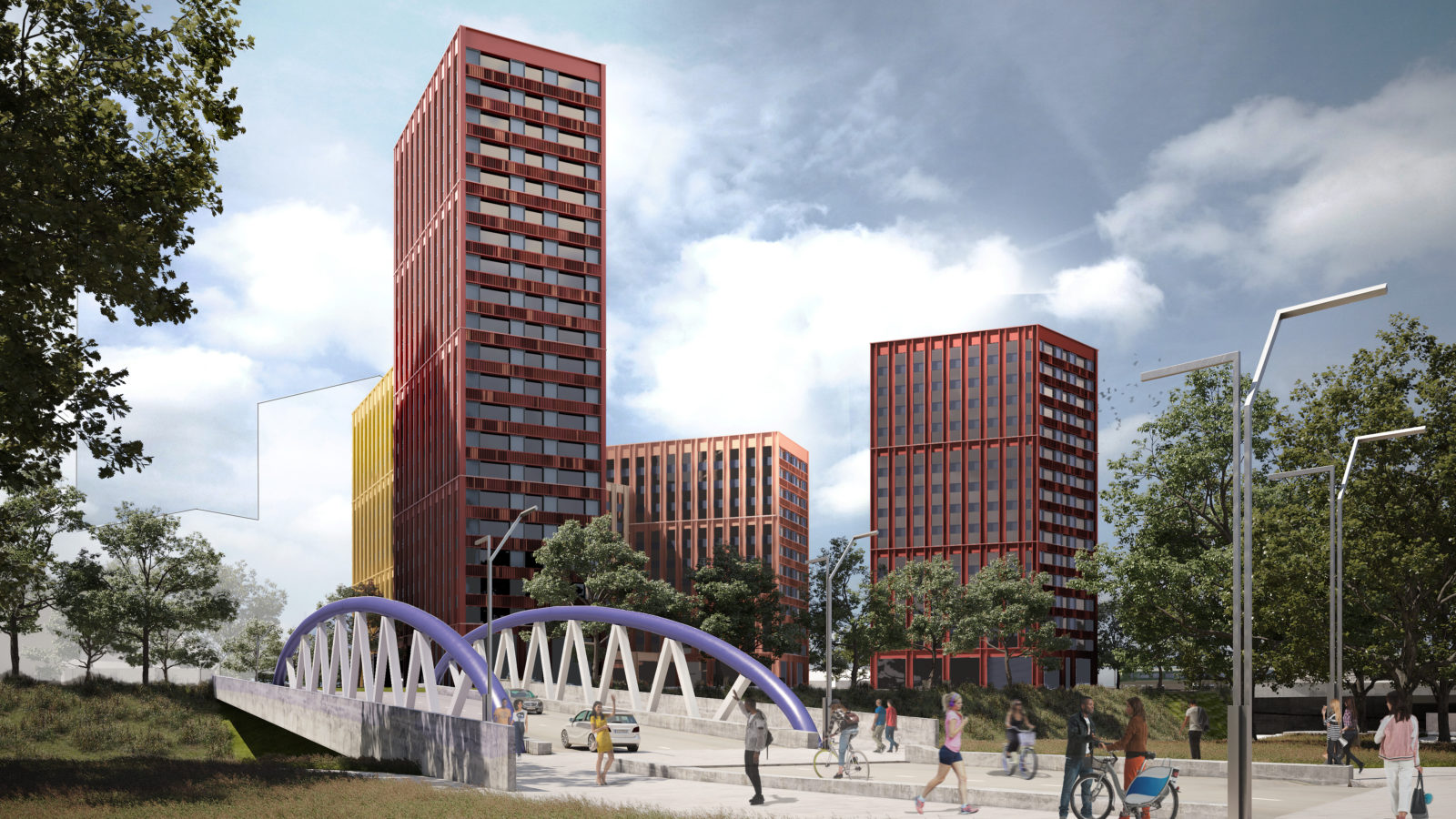 As plans for our new Temple Quarter Enterprise Campus take shape, we’ve been pleased to see the national media take a keen interest in the project.

An article in The Guardian highlights the important work of one of our partners, the Barton Hill Settlement in east Bristol and our work with them on a micro-campus as part of their proposed micro-settlement development.

The article also includes the experiences of Myla Lloyd, one of our graduates. We’re very proud of her and are committed to working on new ways to create access to our programmes for those who, like Myla, haven’t followed a conventional route through school. 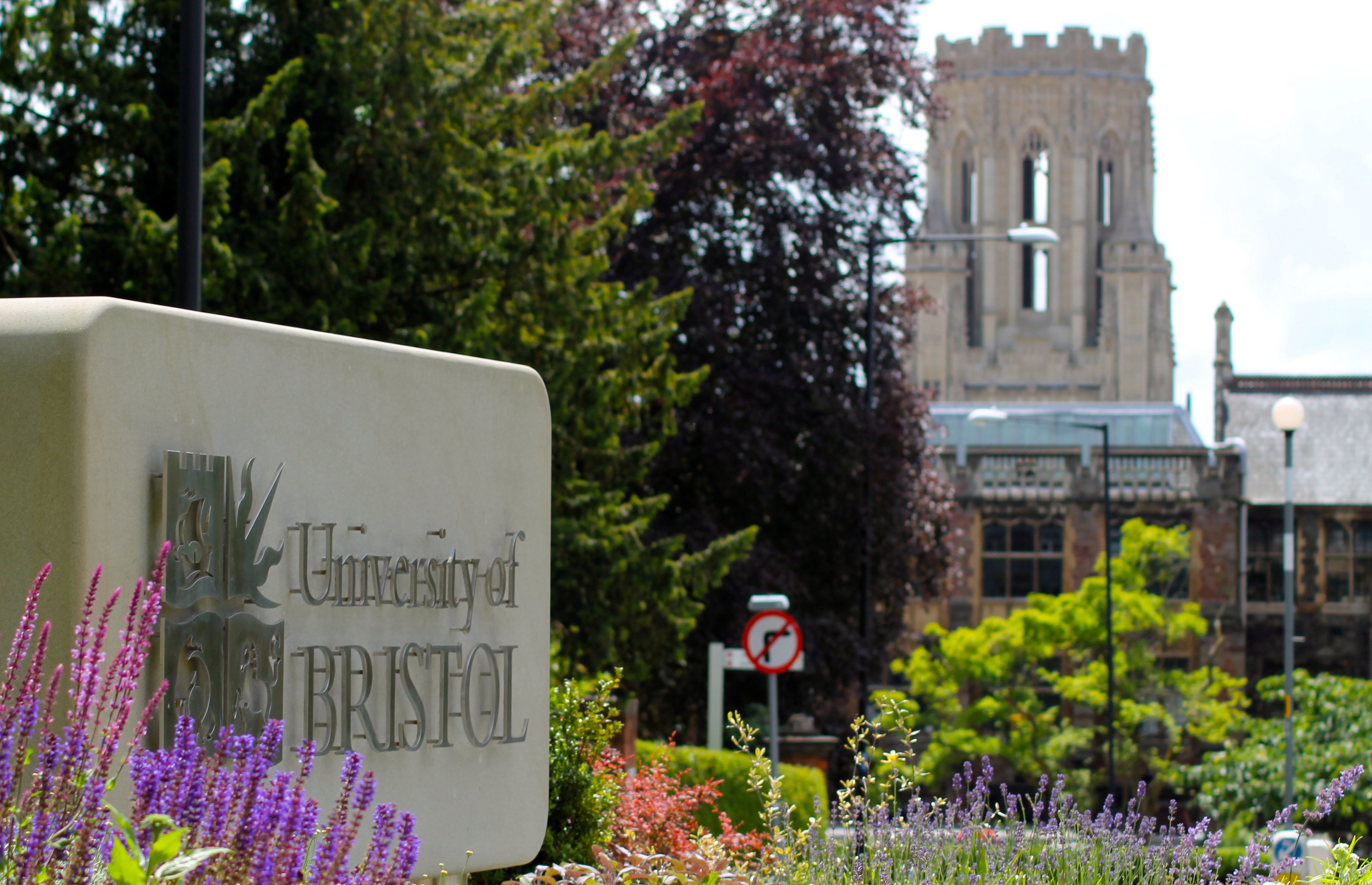 After over 100 years in Clifton, the university is expanding to another area of the city

We’ve received a lot of positive feedback on the plans included in the article. However, the headline – and particularly the phrase ‘the wrong side of the tracks’ – has also attracted comment and criticism.

This phrase was used in an off-the-cuff way by a senior manager at the university and was intended as a literal description of the location of the new campus, given to a journalist who has limited knowledge of local geography.

We acknowledge that the phrase has a range of negative connotations and has been taken as a criticism of areas of east and south Bristol, which certainly wasn’t the intention. We apologise that this phrase was used and for any offence that has been caused.

We hope it is clear, from the wider context in the article, that we have been thinking carefully about the university’s move into a different area of the city.

The Temple Quarter campus will be adjacent to communities, in east and south Bristol, that are complex and some of which experience multiple forms of disadvantage. We want to work with and learn from those communities and we know this will mean creating new relationships in the city.

That process has started already, and our plans have been informed by ongoing dialogue with a range of partners and communities. We’d be pleased to hear from more organisations and individuals who have ideas for activities at and near the new campus. 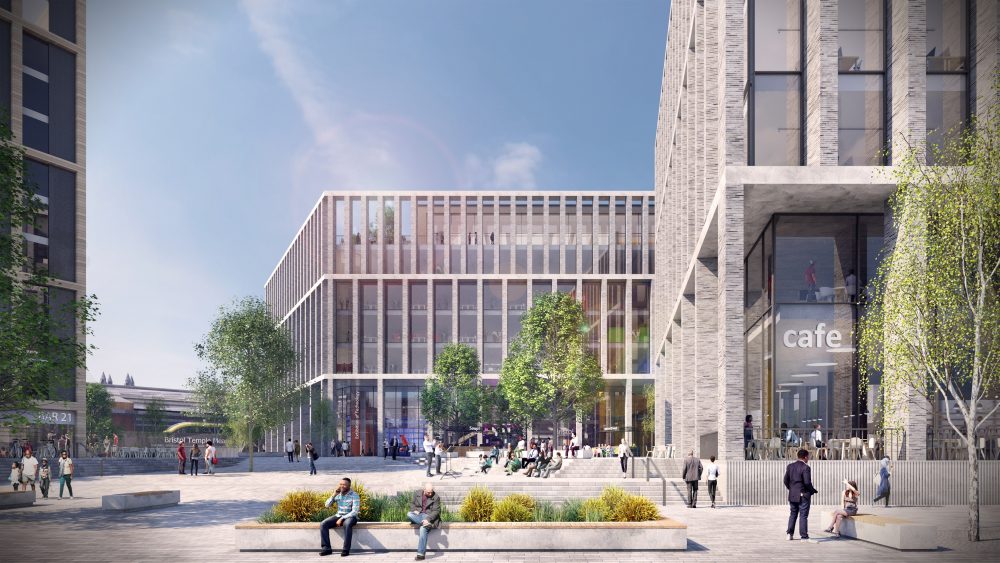 An imagining of what the new campus could look like

Our aspiration is for Temple Quarter to be a meeting place for experience and knowledge from across society. This includes civic partners and local communities, who have expertise that will be vital in facing some of the big challenges of the future.

We want those communities to be part of the conversation at Temple Quarter alongside our staff and students (from around the world and recruited locally) and business, industry and enterprise partners, some of whom will be co-located on site:

Civic and community partners will shape the big research questions at Temple Quarter. For example, the new Bristol Digital Futures Institute, which will be based there, is working with social enterprise and civic partners such as Black South West Network from its inception. This is vital, as the Institute will be considering the big challenges about how we all live with technology in the future.

Civic and community partners will be based with us on campus. The new campus will include a space on the ground floor, called the Bristol Rooms, where there will be hot-desking space for community infrastructure organisations, social enterprises and civic partners to work with us on research, co-designing education programmes, new student internships and big civic challenges.

The University will also be part of conversations elsewhere in the city and region. For example, as part of our partnership with Barton Hill Settlement, we’ve been invited to a city-wide Social Justice Project they are working on, which will examine urgent challenges emerging in local communities – including the future of the advice sector in Bristol.

This will allow our researchers (and those from UWE Bristol) to get involved in research that emerges from the priorities in local communities.

Temple Quarter will lead to new educational opportunities. The Guardian article mentioned the flexible undergraduate degree we plan to launch, which will specifically be aimed at local people without conventional qualifications, which builds on our successful foundation programme in arts and social sciences.

We are also designing other new educational programmes that will involve co-designing modules and engagement opportunities with local partners. This will put civic and community expertise at the heart of our educational endeavours.

Temple Quarter is also an opportunity to re-think who we are as an employer. We are working with partners in the city on new initiatives to recruit a diverse range of staff to the university – we hope to announce more details on this later this year.

The campus will also be a place to meet, learn and socialise. For example, we’re working on a programme of activity called Twilight Temple Quarter, a curated programme of events and activities in evenings and weekends which we hope will bring a range of communities to the campus on an ongoing basis.

If there’s one small space on the campus that symbolises much of its ethos, it may be one we are calling the Story Exchange. It will be a round space on the ground floor, which will seat about 30 people in a circle. It will be a space in which a range of people can take part in a conversation, on equal terms.

That’s just one space, but it symbolises the way in which we want different voices and perspectives to be heard on the campus.

We know that some of the major challenges we face as a society are about participation – about who has a say in the technologies and democratic systems and in the crises such as climate change, which will shape all of our futures.

That’s why we want Temple Quarter to be a place where we can face some of those big challenges together.