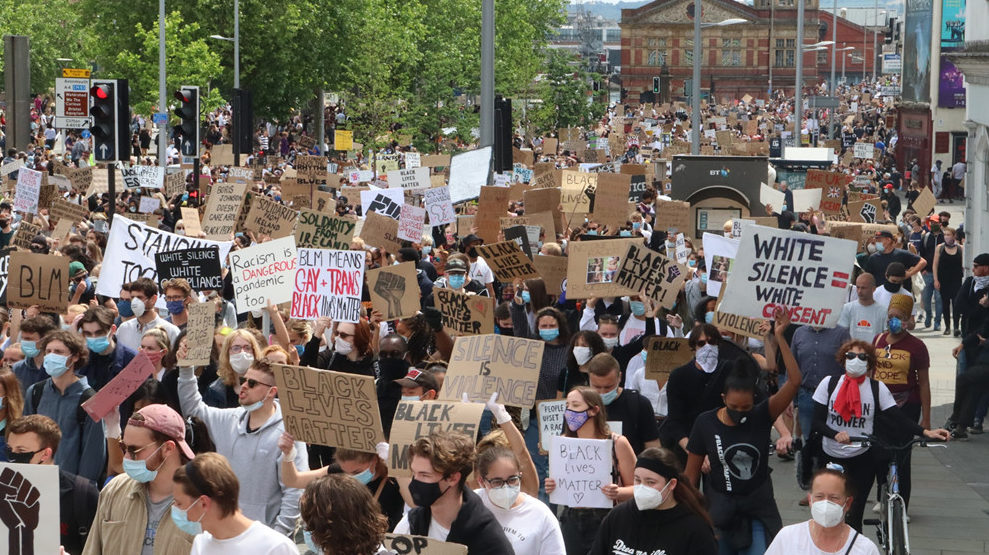 There is a well-known saying that if you want something done, you should commission an inquiry with an unspecified remit that will report at an unknown time.

And so the news that there is to be a new racial inequality inquiry following the recent Black Lives Matter protests has received a – shall we say – lukewarm reception.

Previous reports on the treatment of black, Asian, and minority ethnic (BAME) individuals in police custody, the workplace, the criminal justice system, and the Windrush scandal provided around 200 recommendations, many of which have not yet been enacted.

A much-criticised Public Health England report, this time on the impact of Covid-19 on BAME communities, has recently published its recommendations – though for a while it seemed that perhaps the best way to avoid criticism for not implementing recommendations was not to make any in the first place.

So it’s not surprising that there are complaints about the announcement of yet another inquiry into racial inequality which further delays much needed changes in policy.

British history is hobbled with structural racism. The slave trade seems an innocuous name for a method of boosting the British economy that either ended or ruined many lives.

Even upon the abolition of slavery, ‘British fairness’ meant that compensation was paid to the slave owners rather than those who had been made slaves, incurring huge debts which we as taxpayers have only just finished paying off. There is a brutality to British colonialism which we are rarely educated about.

Much progress has been made, but it is clear that issues remain. After divisive years of Brexit campaigning that veered into overt racism, we have a Prime Minister who is equally divisive, and who as a journalist published comments that many saw as racial slurs. And now the latest inquiry is being led by someone who has previously expressed doubts about the existence of institutional racism. 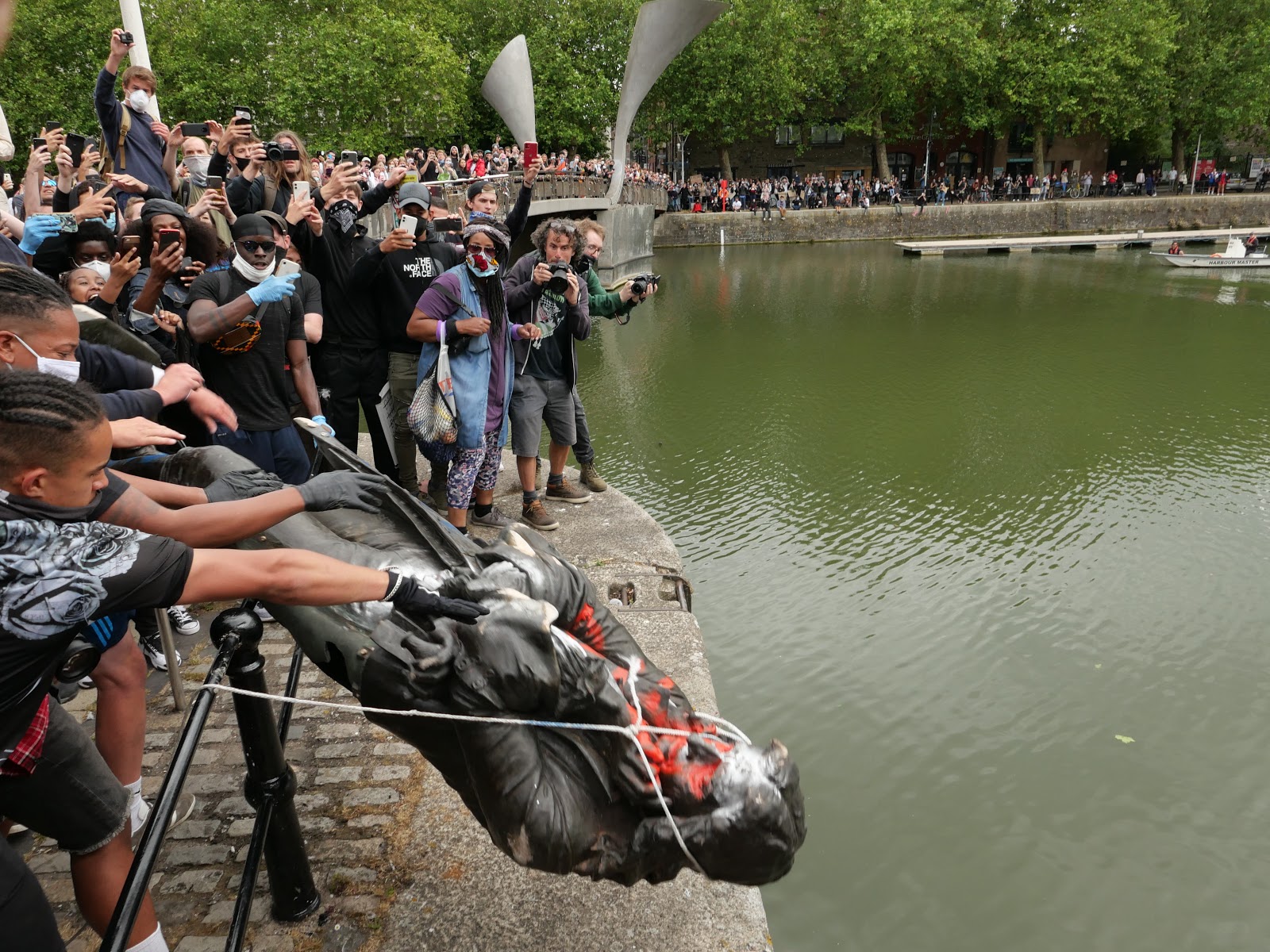 Colston’s statue was dumped in the harbour on Sunday, June 7 – photo by Colin Moody

Bristol is a vibrant and multicultural city, well-known for its historic links to slavery, and not without issues around racial inequality. Recent #blacklivesmatter protests produced a hugely symbolic moment when the statue of Edward Colston, an 18th century slave trader and member of the Royal African Company was toppled, dragged, and unceremoniously drowned in the harbour where slave ships used to dock.

Many streets and buildings are named after people who made their money from slavery, and the current University of Bristol logo also honours some of those people. Our city has seen an action that caused a domino effect of name changes on buildings, reassessment of statues, and removal of windows in churches. 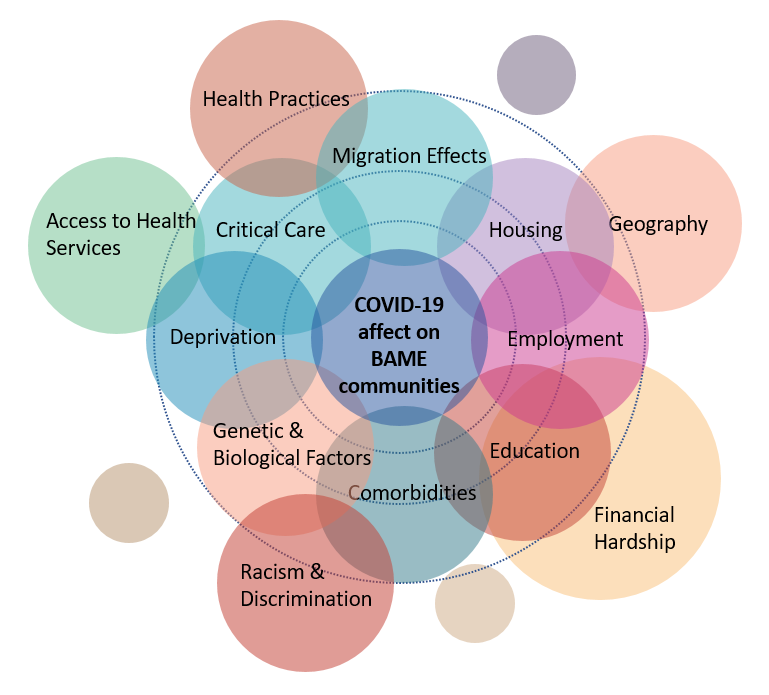 Mayor Marvin Rees and deputy mayor Asher Craig responded to the disproportionate death toll of Covid-19 in BAME communities in several ways, including commissioning our rapid review of the evidence in the UK.

The review confirmed a higher risk of death from Covid-19 in BAME individuals, with very little link to genetics. There is more genetic variation within than between ethnic groups, with widespread consensus among geneticists and epidemiologists that genetic factors contribute only little to ethnic inequalities in health.

Our review found an intersection of complex institutional factors that shone a light on an infrastructure that is still shackled to its slavery past. One that shows that people of minority ethnic backgrounds are disproportionately affected by health and social inequalities. Importantly, we collated recommendations from the studies in our review that could help alleviate some of these inequalities. These are now being considered by Bristol City Council towards forming future policies.

Testing and lifting the lockdown based on ethnic privilege

While reports detailing the disproportionate deaths from Covid-19 suffered by BAME individuals continued to stack up, government policies continue to only benefit parts of our community.

Another important part of lifting the lockdown is COVID-19 screening. A recent BMJ editorial suggested that asking disenfranchised and undocumented people to send saliva samples to a government that promotes a hostile environment for those individuals is testing in itself. Will a bill or a deportation follow shortly after your result? There is a danger that the way we lift the lockdown will reinforce the structural inequalities that already exist in the UK.

Do we need another inquiry?

It took around 10,950 days to pull Eddie down from his high pedestal, 9 minutes to reignite a global movement. How long will it take to change a system that is killing thousands of us?

Dr Loubaba Mamluk and Dr Tim Jones are University of Bristol researchers who were commissioned by Bristol City Council to do a rapid evidence review of the disproportionate impact of COVID-19 on BAME communities.

Read more: ‘How BAME groups have been disproportionately affected by Covid-19’