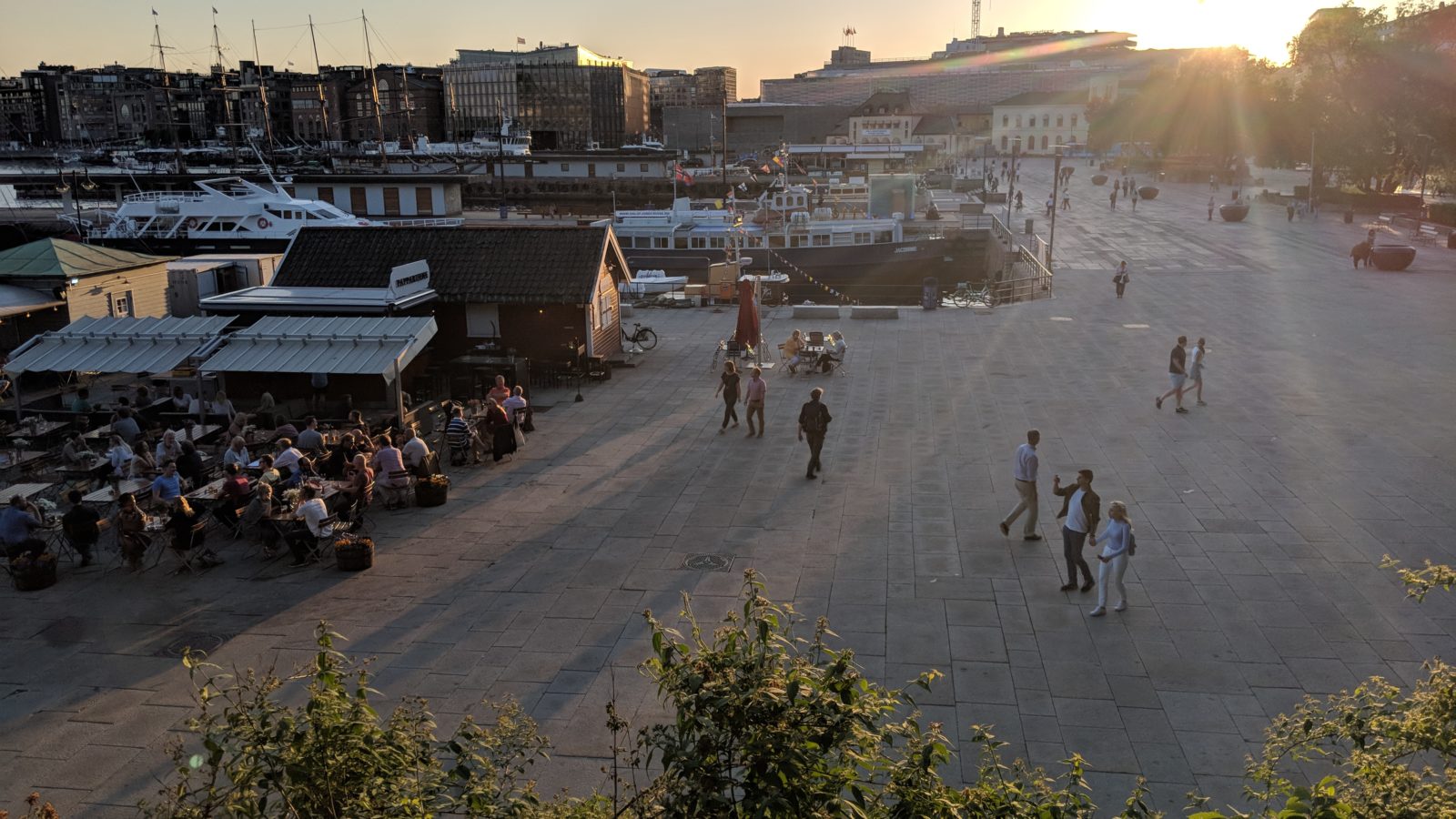 In 2015, Bristol became one of only ten cities to have been awarded the title European Green Capital.

Last year I moved here from Oslo, Norway which coincidentally has just won the same title. While Bristol still has some great sustainability initiatives, the contrast between how the two cities have approached their transport challenges is striking.

This summer I wrote a piece for Bristol24/7 about my experiences of getting around in Bristol, and lots of people have let me know that they share my frustrations. I argued that Bristol is experiencing a transport crisis and that, worryingly, no ambitious solutions are being discussed.

Air pollution is killing hundreds of people in the city every year; congestion is at critical levels; public transport is sub-standard; pedestrians have to deal with serious obstacles, and cycling feels unsafe.

Too many cars and car journeys is the primary reason for all of these problems, but our elected officials seem to be either blind to this fact, or unwilling to address it because of political calculations.

There is nothing unique about the transport needs of Bristolians; in every city people need to get to work, drop the kids off at school, and have things delivered. It’s true that Bristol is hilly and it rains quite a lot, but that’s not the main reason why so many of us choose to get in the car for even short journeys instead of walking, cycling or taking the bus.

Today’s situation is the result of badly thought out transport policy by successive councils and regional governing bodies.

The sheer number of cars and vans now registered in Bristol is staggering, and we also have to deal with the massive volume of commuter vehicles which are driven into the city from neighbouring counties.

As the city’s population grows, car ownership and journeys are projected to increase even more, but street space will of course remain limited. Buses slow to a crawl at rush hour in the city centre because our streets are choked with cars. A ‘carrot & stick’ approach has been shown to be the only thing which gives results in the other Green Capitals, and yet all we get in Bristol is another consultation.

The council aims to reduce the number of cars coming into the city from 53 per cent to 43 per cent, and a new metro system is mooted – but the likely time frame for these efforts is twenty years. We need action now, not vague plans and yet more talk.

‘Bristol needs to look to some of the other European Green Capitals to understand what changes could be made’. Photo by Seth Piper

‘Traffic flow’ signalling is all about keeping cars moving. Who cares if it keeps pedestrians waiting?

The good news is that there are many possible ways out of this mess, and Bristol only needs to look to some of the other European Green Capitals to understand what kind of immediate changes could be made.

While Bristol clings to the outdated notion that motor traffic is the only kind that really matters, elsewhere decision-makers have been less afraid to ‘grasp the nettle’ of restrictions on driving:

●      Hamburg (Green Capital 2011) is bringing in restrictions on two-thirds of diesel vehicles in an effort to tackle deadly air pollution;

●      Ljubljana (Green Capital 2016) has made its city centre permanently car-free; only pedestrians, buses, cycles and electric taxis are allowed;

Bristol and Oslo are roughly the same size with similar populations, and both cities are growing rapidly while facing serious air pollution and congestion problems. Three years ago, Oslo Council set a goal of 20 per cent fewer car journeys in the city.

Private cars would be more or less banned from central Oslo, where only a few thousand people live, but over 100,000 go to work – again, not unlike Bristol. Hundreds of on-street parking spaces have now been removed, and it is no longer possible to cross the city centre by car. Deliveries in Oslo are now successfully being done on a large scale using cargo bikes able to carry a 300kg load.

With some bold leadership, Bristol could easily copy these measures, because they don’t take a lot of time or regulation, and they don’t require massive financial investments.

Introducing tolls for vehicles entering the city would actually generate revenue which could be earmarked for spending on improving the quality, frequency and affordability of public transport for everybody, a mechanism which has worked well for Oslo.

Removing cars from city centre streets would transform bus journey times, while also making it faster and more pleasant to get around on foot or by bike. Both Oslo and Bristol have been stuck with low quality, piecemeal cycle networks, but around 30 miles of new cycle routes have recently been created in the Norwegian capital, which shows transformation can happen quickly once road space has been freed up. 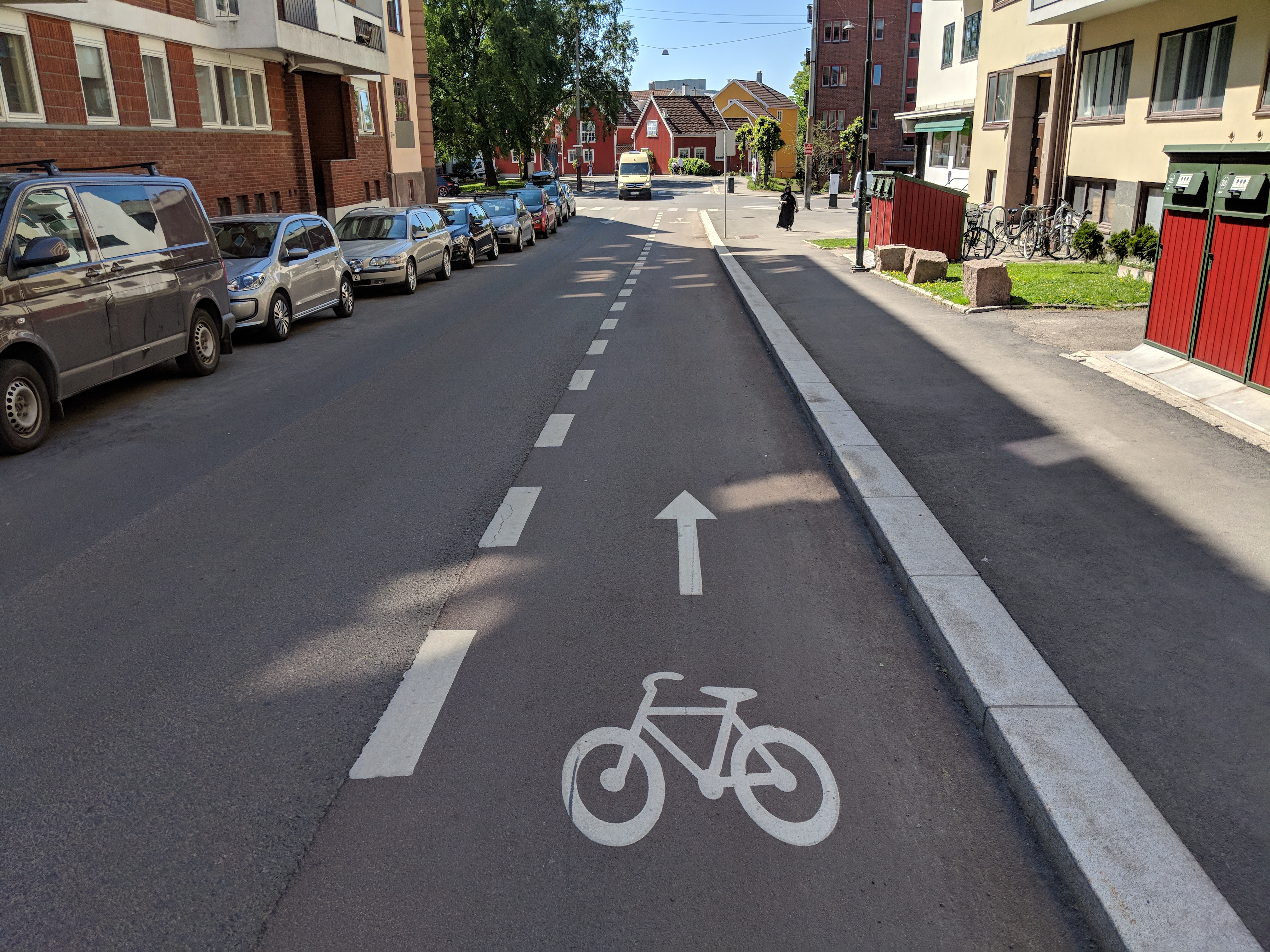 Public opinion polling has shown that a majority of Oslo residents actually support the ambition of making the city centre car-free, and this includes people who own vehicles themselves.

Of course there has been a backlash from some angry drivers who resent having to give up their privileges (yes, being able to drive and park wherever you like is a privilege, not a right, in contrast to the right to clean air).

Business owners are often among the first to protest against restrictions on driving, but evidence from other cities shows that pedestrianisation typically leads to more footfall and sales.

Cities are better when they are no longer dominated by cars. Some of the most pleasant parts of Bristol are where vehicles aren’t allowed, like the harbourside and College Green, which itself used to be crammed with cars a few decades ago.

Bristol could choose to join a rapidly growing number of cities worldwide going partially car-free. It might sound ambitious, and no doubt some would say it’s unrealistic, but I have more faith in this being achievable in my lifetime than some of the white elephant infrastructure projects currently being discussed. Oslo has demonstrated that big improvements can happen in a short period of time.

The needs of Bristol aren’t as different from the needs of other cities as we often think. Experience from the other Green Capitals shows that getting around on a daily basis doesn’t have to be a ordeal, and that smart transport solutions can benefit everybody.

Our health, quality of life, and our city’s climate emissions would all benefit if we were to take steps to limit car access to the city centre, and there is a good chance most of us would spend a lot less time stuck in traffic.

Seth Piper is a transport campaigner and activist, who moved to Bristol a year ago.

Read more: ‘Bristol transport is in crisis and people are already paying with their lives’