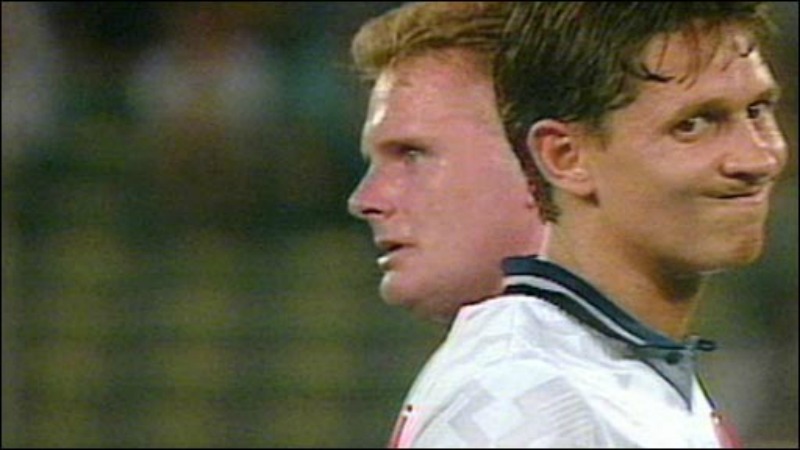 Bristol psychotherapist Simon Stafford-Townsend gives us some pro-tips for surviving the Euros.

Let’s face it, supporting England is an emotional ordeal, so here’s some professional advice for surviving Euro 2016:

If I was allowed to add one thing to the national curriculum, it would be keeping a reflective journal. Entries can be written, drawn, stuff can be stuck in them; whatever you need to do to explore what you’re experiencing. At a minimum, it helps offload and reduce stress and pent up feelings. At its best, it becomes a source of deep insight about yourself. And it becomes a guaranteed companion during those long dark nights of the soul.

Every major football tournament is an important journey in the life of an England supporter. If anything’s going to instil a sense of existential crisis into your everyday life, it’s the point where every match is a matter of survival. If ever there was a time to start a reflective journal, it’s now (and there’s even an app for that).

2. Cultivate an attitude of creative indifference

Creative indifference is about therapists not getting hung up on getting the “right” result. It means I am alive to and interested in what is happening in the moment. I am aware of various different possibilities for what may unfold, and even aware of my preferences.

But crucially, I choose to place more value in how the situation unfolds than in whether or not it unfolds in the direction of my preferences. My over-riding interest is in seeing what happens.

Looked at from this perspective, the journey of England through any given minute, match, or tournament is suddenly rich with possibilities. As your focus shifts from willing an England victory, to the here and now of what’s happening in the game, you’ll gain a greater sense of overall satisfaction.

Perfect this, and you’re basically Buddha in an England shirt.

There are two main advantages to supporting at least one other team than England. On the one hand, it’s a good exercise in broadening one’s perspective and developing greater empathy with others by joining a struggle you would normally view as theirs. And on the other hand, it gives you a fall back plan for when England go crashing out of the tournament.

For me, it’s a chance to honour my European heritage and support both Ireland (Irish dad), and Germany (German nan). If you’re harbouring any grudges against a particular team, then choosing to support that team, whilst challenging, can be a pretty effective way of putting those grudges into a wider perspective. When resistance to doing this comes up, take note of how you resist and you’ll gain greater insight into how you keep this aspect of your identity in place.

4. Write a letter to England (and/or others)

When someone has a lot of things they want to say to an important other in their life but can’t, the good old fashioned “write them a letter” exercise is never far away. Outside of therapy, this works well in pairs.

You both take about 15 minutes or so to sit down and write a letter to the designated significant other/football team without thinking about it too much, then take turns reading your letters out loud to each other. The key is to pay attention to thoughts and feelings that arise as you do it, and discuss what came up with your partner.

If you don’t want to do it with someone else, then still read the letter out loud, but explore what came up in the reflective journal you’re now keeping. See Dear Homeland for examples of this kind of letter writing.

5. Don’t take it out on your partner

To be more serious for a moment, incidents of domestic violence spike around major sporting events. Avon & Somerset Constabulary are running a campaign urging fans not to “lose it all for football”, noting a one third increase in domestic violence during Euro 2012 and the World Cup, and sign-posting specialist support agencies for people experiencing domestic abuse.

As they point out, many people don’t realise they’re in an abusive relationship until they’re out of it, so if you notice someone is in that situation, finding a way to talk to them discretely about what you’re seeing could well help them get out of it.

Sooner or later, England’s journey through Euro 2016 will be over. Whether that’s Wales giving us a kicking we don’t recover from in the Group Stage, England bombing out on penalties (to Germany in the Round of 16, probably worth punting a tenner on it let’s be honest), or Wayne Rooney gurning uncontrollably in an approximation of joy as he holds the trophy aloft in victory; the end is inevitable.

Ending well is about knowing what you need to do to be able to let go and move on. It also means acknowledging your support needs. So whack out that reflective journal now, long before the end, start getting familiar with what Euro 2016 ending means to you, and put some things in place. You’ll thank yourself for it come 11th July.

Simon Stafford-Townsend is a UKCP Registered Gestalt Psychotherapist, practising as The Bristol Therapist from his therapy room on Colston Street.

Photo by digiarnie via Wikimedia Commons

Read more: Where to watch Euro 2016 in Bristol