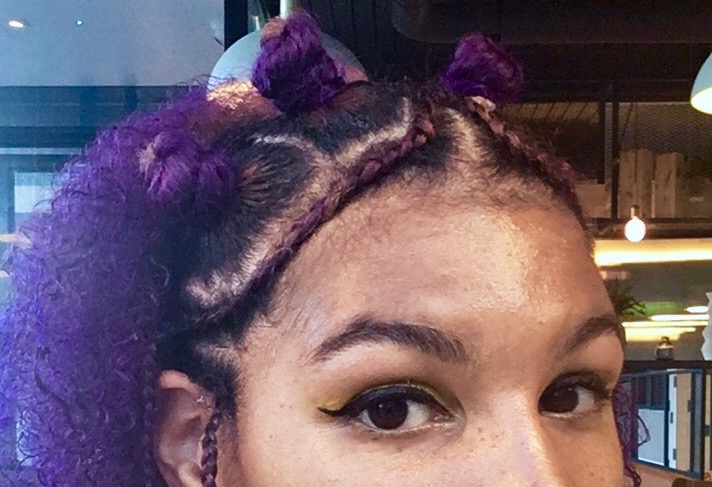 This week I declined the invitation to play at an upcoming festival that I’d been invited down to review for Bristol24/7 last year. Due to a sense of loyalty to the organisers, I allowed myself to be silenced after an occurrence with security but after being asked to play this year and the issue once again being pushed to the side, I feel the need to speak out about it.

The reason I do this is to break down supposed ‘misunderstandings’ which are in fact daily micro-aggressions, in order to highlight how they can affect someone’s experience and show why training in diversity and inclusion is needed within the music and festival industry.

This time last year I was excited to attend the festival in question that I’d looked forward to for weeks. I picked up my wristband at accreditation and was directed to the crew entrance where I gave security my bum bag.

After opening every zipped compartment and scrutinising it much longer than I thought necessary (there wasn’t much in there) the female security guard asked me to “take off my wig so it can be checked”. The sentence didn’t quite compute, I asked her to repeat it before replying incredulously: “This is my hair…”

Now, let me just say that this woman did look embarrassed (good) and did apologise. But, quite frankly, this goes far beyond her embarrassment.

The excuses presented were that “I looked like I was up to something” which was “confirmed” by my barely concealed hip flask (not being funny, I’m going through the crew gate with a AAA wristband on, I wasn’t in the least bit concerned about having a tiny bit of tequila on my person) and that my hair looked “so perfect it had to be a wig”.

As is so often the case with these things, the ramifications of the hiccup were almost more upsetting than the moment itself. After putting up a mild Facebook status describing what had happened in a ‘Lol, great start to the review’ kind of way, I was shocked by the response.

Obviously a large majority were mortified and angry on my behalf but then there were messages from organisers chastising me for not speaking to them first (umm, okay, but where’s the prejudiced security helpline please?) and comments from friends that my hair, because it’s a purple afro, isn’t really normal so it’s not really the woman’s fault…

Now I do of course acknowledge that the festival itself is not responsible for one person’s actions. However, in the aftermath of what happened there was more than could be done in my opinion in regards to a commitment to training and by way of an apology. It happened under their jurisdiction which is why there is accountability.

Last month I went to the Curly Treats Festival in London and it was so inspirational. The above photo is a hairstyle I got done on the day by a wonderful woman that did it in 30 minutes for £5!

Pictured below are some of the products I picked up sold by predominantly black women who make their own products and used them to start their own businesses to help and educate others about their hair. One of my biggest shames growing up was my difficult, unmanageable, different hair.

Neither me or my mum knew how to plait or look after it so growing up. My hair was next in line after my skin colour as an area that confused and excluded me. Even now, I’m still learning about it. I can’t slick it down to save my life and edges remain a MYTH, but my hair in its natural state is an afro and the way I’ve been able to express myself is through dying it. That’s how I play with it. That’s how I love it.

So when people decide to use phrases like, ‘yeah well you’ve got a purple afro so…’ to justify crap behaviour, the only thing you’re doing is showing your utter ignorance and privilege whilst sparking a shame in me that you haven’t bothered to take a second to consider. 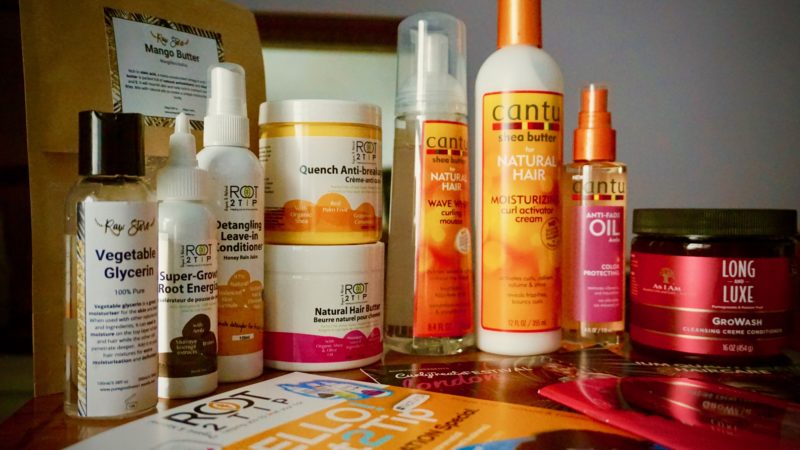 I hadn’t realised how badly I needed to be around Black Girl Magic last month, to bask in that positive energy celebrating black hair in all its forms. Sponsored ad’s for the aforementioned offending festival had been showing up in my social feeds for months and every time I saw one was a trigger.

I was being taken back to that moment of anger and humiliation without even realising it, until I went to this convention and was reminded once again that my hair is normal.

Growing up, I tried very hard to assimilate my hair to western beauty standards. I relaxed it, straightened it, bleached it. I abused it. Eventually, I killed it. And that’s when I made the commitment to love it and learn to care for it.

Even now it’s a constant journey and there is still a lot I don’t know. I wish I knew how to corn row better and which products I should use and how. But that day gave me life. It gave me the strength. Which is why I want to put something like this on in Bristol, because we need it! If there are any black-owned hair businesses out there who would like to get involved, please get in touch.

I was introduced to black hair businesses that I’d never heard of and had my eyes opened to afro hair myths and common problems. But most importantly I was reminded all day – through a stall conversation, a workshop, or simply a warm smile and a nod to my purple afro – that I was beautiful. That black is beautiful. That we are beautiful. Just. As. We. Are.

Regarding the less positive aspects of this column, I’ve said it before and I’ll say it again: people care until they have to change. I cannot say how much I am looking forward to a time when people care enough to want to change. The problem with so many of us is we don’t want to admit wrongdoing for fear of looking bad, but there is great power in owning our mistakes and in not letting them be something that defines us.

Ngaio Anyia is a writer, musician and DJ