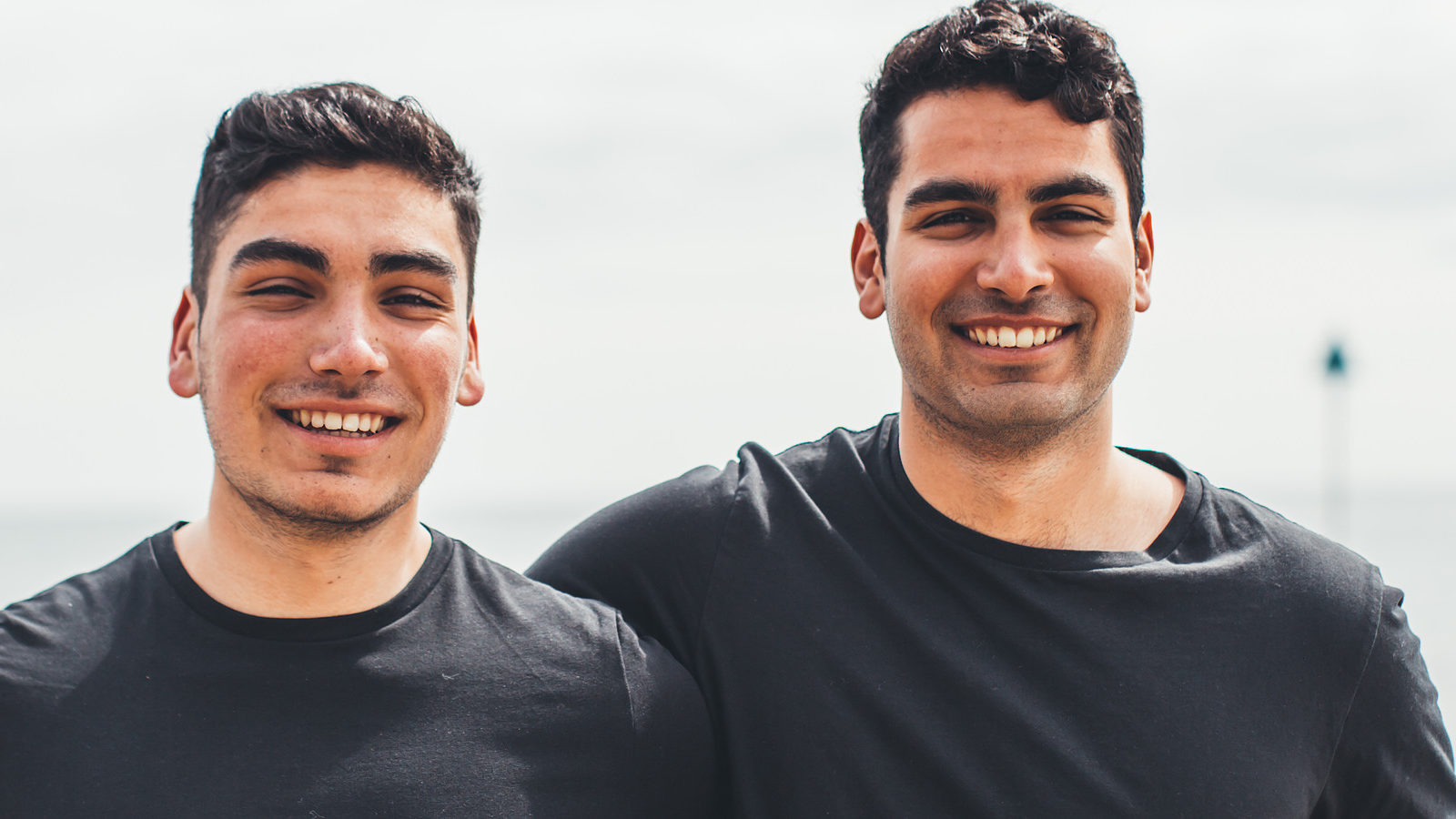 “On only the second day, we hit a force seven storm and we were tossed around like a cork on the waves – that was pretty scary stuff,” says Jay Olenicz.

The 22-year-old from Bristol, together with his brother, Kiran, 19, have made record books as the youngest duo ever to row across the Atlantic Ocean – completing the 3,000 mile mission in 48 days.

The pair undertook the ‘Oarsome Odyssey’ to raise money for Bristol-based dementia research charity BRACE after their own grandmother was diagnosed with Alzheimer’s.

She lost her life to the disease and the brothers decided to embark on their journey to help raise awareness of the cause and inspire others to make a difference.

They are also raising funds for Julia’s House Children’s Hospice and have already smashed their £10,000 target.

“Sadly it’s too late for our gran, but we wanted to do something that would give future generations a better outlook – and the way to do that is to fund research,” said Jay.

It was Jay who initially set out to complete the challenge and his younger brother Kiran stepped in and agreed to join him on the treacherous voyage.

“Being trapped on a boat, in the middle of the Atlantic, with only my brother for company. No, this not what I envisioned myself doing on my gap year,” said Kiran, in a post on the pair’s website.

“Yet this is a opportunity of a lifetime which I refuse to slip through my hands. Crossing the Atlantic is something only a few have achieved, so joining this exclusive club would be a dream come true.” 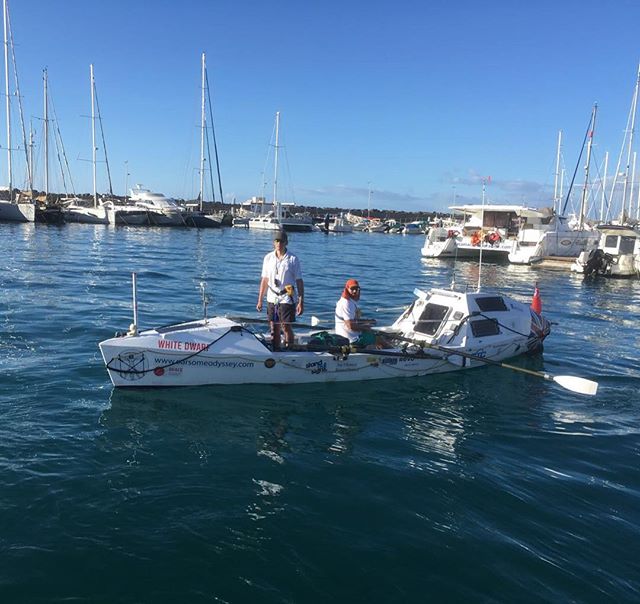 Jay and Kiran. Photo taken from their website OarsomeOdyssey.

The trip was gruelling and they faced a number of complications along the way, sleeping no more than two hours a time and suffering extreme hallucinations because of it.

And not only did they have to survive in such precarious conditions, they had to avoid some of the Atlantic’s most feared creatures. The latitude in which they were rowing was prime territory for sharks.

The boys’ mother described one of their encounters on Instagram: “They had a Killer whale rise out of the water dangerously close to them, probably trying to work out if they were a seal and therefore worth eating.

“Shortly after the Killer whale, another animal as big as a whale rose out of the water. Only this one had a bright yellow abdomen.” 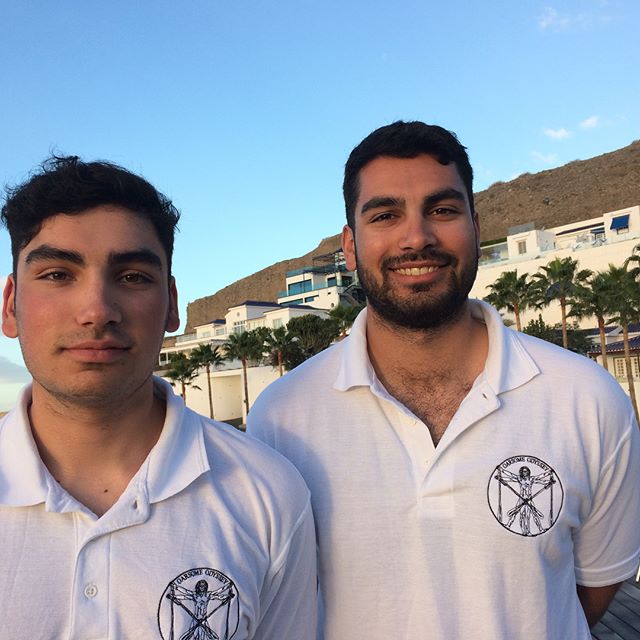 The only thing connecting them from the outside world was a single satellite phone, and they crossed the Atlantic without seeing a single other craft.

With less than 200 miles left on their trip, Jay and Kiran’s tracker stopped sending their co-ordinates to the Oarsome Odyssey website, so were forced to manually send their whereabouts via their satellite phone.

“It was an incredibly tough challenge, but I’m so proud to say that we did it,” said Jay.

“Coping with the lack of sleep was also very challenging at the start and definitely pushed our minds and bodies to the limit. There were amazing highlights though too, including seeing blue whales, dolphins and the incredible night skies.”

BRACE chief executive Mark Poarch added his thanks, saying: “This really takes fundraising to a whole new level. To be the new world record holders for rowing the Atlantic is such an astonishing achievement, and the money they have raised will be vital in our continued efforts to fund vital dementia research.

“A huge congratulations to Jay and Kiran – I hope they enjoy a well-deserved rest now.” 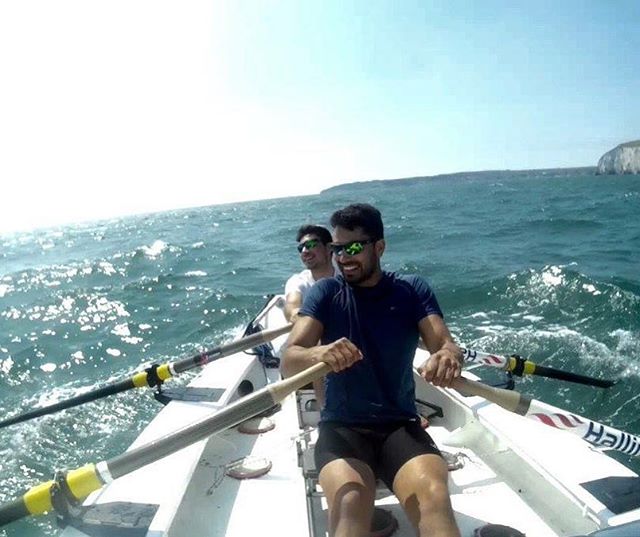 At the time of publication, Jay and Kiran have raised an incredible £10,252.17 of their £10,000 target. To find out more or sponsor them, visit:  www.oarsomeodyssey.com