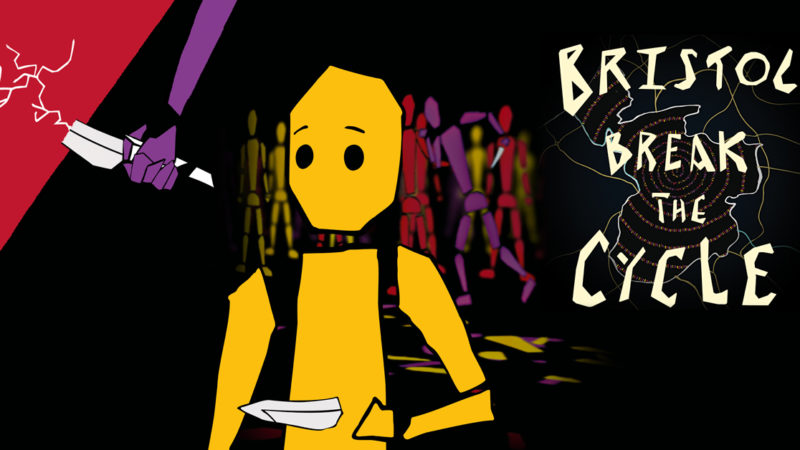 A powerful short film created by a Bristol teenager depicts the retaliatory nature of knife crime and the need to break the cycle of violence.

It is part of a new approach by Avon and Somerset Police that focuses on the voices of young people to better understand the complexities of an issue that leaves communities living in fear in order to seek long-term solutions.

Students from four schools in the region, including Bristol Futures Academy in Barton Hill and Merchants Academy in Withywood, spoke about why they might feel the need to carry weapons, the issues they face that could lead to involvement in knife crime and violence, and what support they need from the police.

The film The Cycle by a year 11 student at Futures Academy referred to only as ‘H’, is one of four films created as part of the campaign. The teenager is now working with officers on a short documentary about the project and the wider issues around serious youth violence.

Sergeant Richard O’Brien, who works with the Violence Reduction Unit in Bristol said: “The key element of this project is that it has young people’s opinions at the heart of it. We know that police telling young people not to carry knives is not the solution, and police enforcement alone will never be enough to resolve this complex issue.

“By listening to young people’s voices and engaging them in a creative process to produce campaigns which mean something to them and their peers, we hope that they can feel empowered and less fearful.”

Welfare checks in north Bristol led to multiple weapons seized and a boy found with knife.

For advice on how to support young people who might be involved in knife crime visit our website – https://t.co/b5kVI3sHyY#KnifeCrimeANewWayForward pic.twitter.com/XzKFxX6xBF

Welcoming the approach, Asher Craig, deputy mayor and cabinet member for communities, equalities and public health, said: “In order to tackle knife crime in Bristol, change must start within the most at-risk groups and communities.

“This project has provided an excellent opportunity to bring young people and partners together to help better understand the drivers behind serious violence. It has also enabled young people to speak up, be heard and be part of the solution, which we hope will encourage individuals to believe they can stop, think and be confident to step away from knife crime.”

Another film, Life b4 Likes, created by a student who is now in year eight at Merchants Academy, tells the story of a girl who live streams footage of a fight on her phone, gathering likes up until the moment a knife is pulled and someone is stabbed. The message is had the person sought help rather than filming the fight, the outcome could have been different.

As part of the project, students spent time in workshops, facilitated by IDEAL Sustainable Development, to discuss the issues before coming up with a film concept that they pitched to a panel. One idea was chosen by the panel to take forward.

The winning teams spent time developing their ideas with the team from IDEAL and student animators from UWE Bristol, who brought the visions to life on screen. Aardman also supported the project.

Speaking about the project, Police and Crime Commissioner for Avon and Somerset Sue Mountstevens added: “I have been saddened to hear that some young people do not feel safe in their communities due to a fear of serious violence. I hope that by working closely with young people on this innovative project we can empower them to become part of the solution.”

The police say the involvement of certain schools is not an indication that there is a specific issue with knife crime within the school or wider community.

Officers acknowledge that there are communities where the threat of this type of crime is higher, where the perception exists that most people carry knives, and where some young people are more vulnerable to becoming involved in activity that could potentially lead to them being affected by serious violence.

Main image from ‘The Cycle’ – provided by Avon and Somerset Police

Read more: BIIIG ambitions: A new academy with a difference in St Paul’s