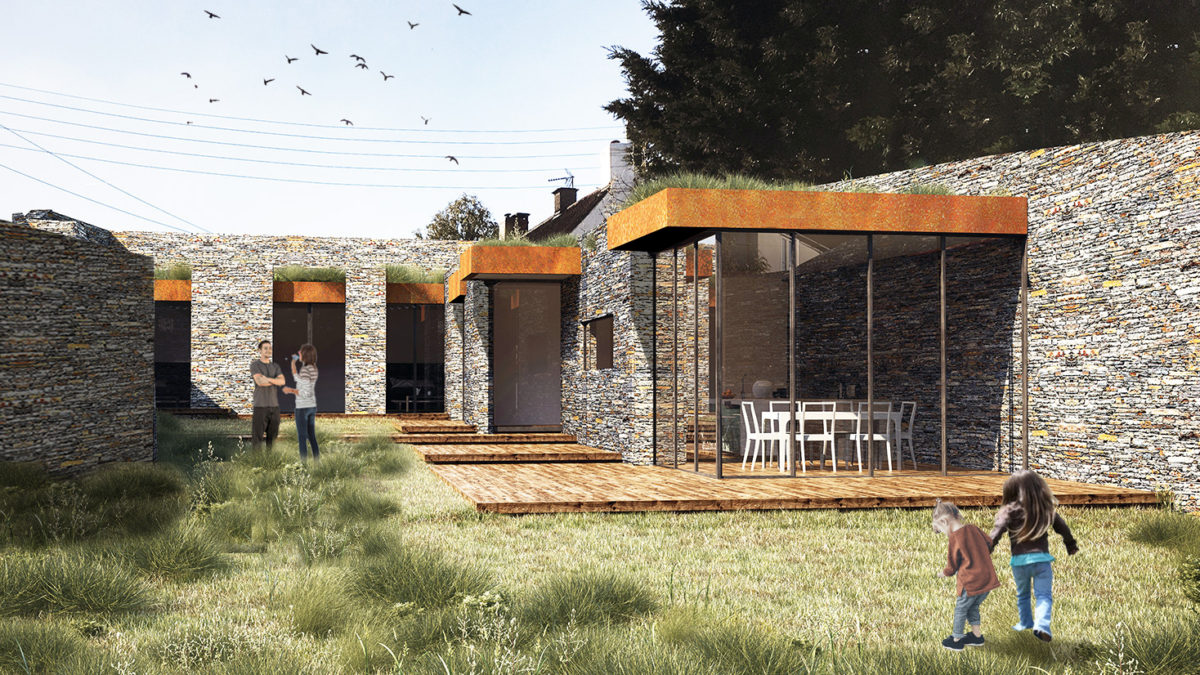 Pioneering ‘pee power’ technology developed at UWE Bristol could be installed for the first time in a residential setting if plans get the go-ahead.

Scientists behind the officially-titled Microbial Fuel Cell energy system are backing proposals for a three-bedroom eco dwelling in Hambrook, which would incorporate the technology as part of a carbon neutral scheme.

If granted planning permission, the family home would be the first time ‘pee power’ has been used in such a setting anywhere in the world, giving researchers an opportunity to evaluate its long-term performance. This could potentially act as a catalyst for wider commercialisation of the sustainable technology that can directly convert organic waste into electricity.

Owners of the site, which lies to the east of Quarry Barton in Winterbourne, have submitted plans for the eco dwelling, designed by Context Architecture. A previous application on the land was refused due to the location on greenbelt land, but the owners say the amended plans represent “an exceptional design solution which also constitute very special circumstances within the green belt”.

The application, submitted to South Gloucestershire Council states: “The building has been designed with sustainability at its core and we believe it to be the only house within the district which will include these measures incorporated together and the only house in the world to include an element of its electricity through ‘pee power’.

“The use of the technology on this site can be used as a benchmark for other developments not only within the district but also across the country and the house can be an exemplar not only of sustainable design but also of a pioneering technology.

“The scheme is proposed as carbon neutral and uses a combination of sustainable and renewable energy measures including being a Passivhaus, which are not commonly found (if at all) used in combination within the authority.”

The application documents include a sustainability report by Skelly and Couch and a letter of support from UWE Bristol’s BioEnergy Centre director Professor Ioannis Ieropoulos.

Speaking about the potential to trial pee power at the site, Ieropoulos said: “If this application is successful, it will give us the opportunity to trial our Microbial Fuel Cell/pee power technology in a residential setting for the first time. This will allow us to evaluate our technology’s long term performance, which is invaluable as we move towards commercialisation.

“Being in Hambrook, which is a very short distance from our labs, we will be able to closely monitor the system performance and perform any maintenance tasks with ease – something which has been almost impossible with all of our overseas installations.

“Successful installation will allow efficient treatment of household wastewater and electricity generation, which will be beneficial for the environment. This could then act as the demonstrator of how our technology benefits society, in the hope that it is taken up as a green, sustainable technology.”

A decision on the proposals will be made by South Gloucestershire Council.