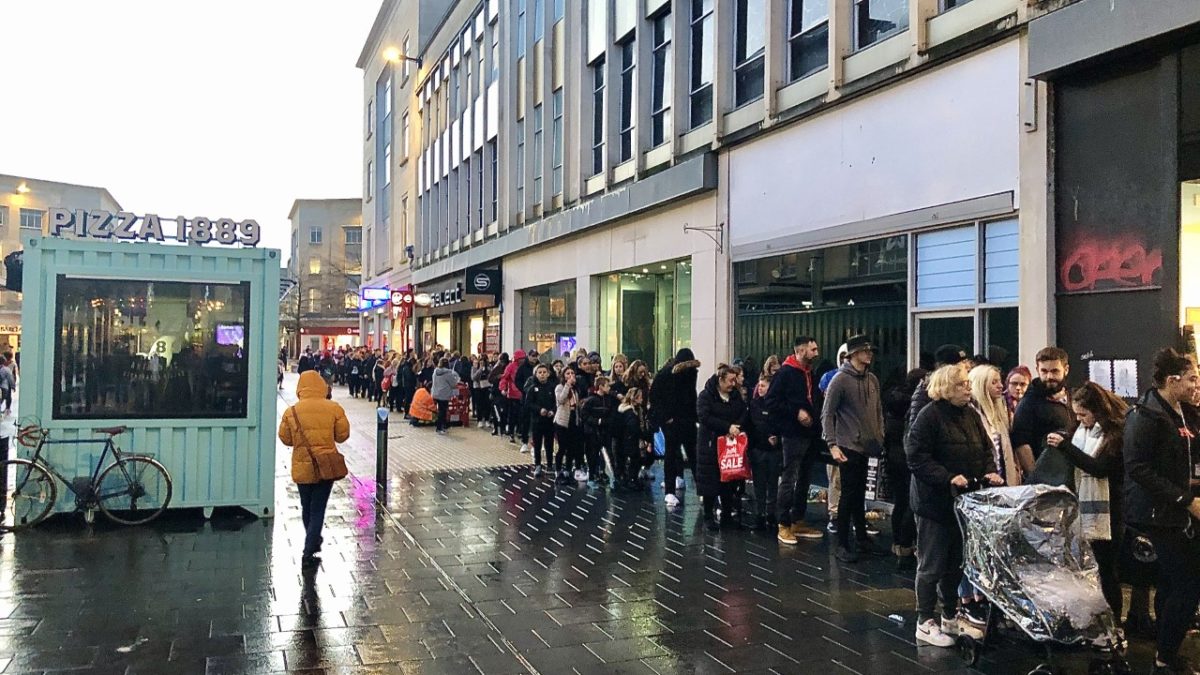 Phone camera flashes lit up Broadmead on Monday evening as Stormzy finally made his much-anticipated arrival at HMV.

Beforehand, there was a buzz of anticipation in the queue that stretched back onto Merchant Street, as fans of all ages waited to glimpse the artist, who visited the city for a meet and greet and to sign copies of his new album, Heavy Is The Head.

Just pulled up to the album signing at HMV Bristol, doing some tomorrow in Cardiff and Wednesday I’ll be coming to Birmingham. Wanna see all of you there #HITH ❤️❤️❤️ pic.twitter.com/j5Yu4zYBRT

Elaine Vincent, a legal secretary from Westbury-on-Trym, saw Stormzy live at Glastonbury last summer. When she heard on the news that the star would be in Bristol, she had to be there.

His visit happened to fall on her 60th birthday and she told Bristol24/7 she left the house “like a rabbit out a trap”, queueing for four hours with hopes of asking Stormzy for a birthday kiss. 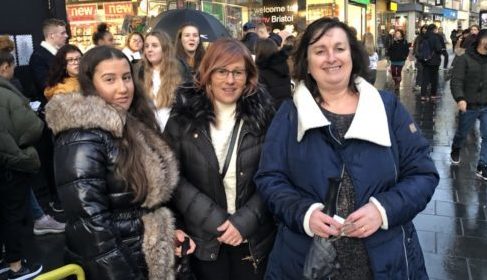 Elaine Vincent (far right) on her birthday with people she met waiting in the queue.

Iain Aitchison, the founder of Longwell Records, had been queueing with his daughters for just over an hour when Bristol24/7 spoke to him. When asked what it was that drove him to brave the typical Bristolian weather conditions on a bracing, soggy January evening, he said it didn’t matter to him that it was cold because he and his daughters were excited.

Iain said has a lot of respect for Stormzy’s work in supporting the victims of the Grenfell Tower fire. “He’s a lovely bloke,” added Iain. 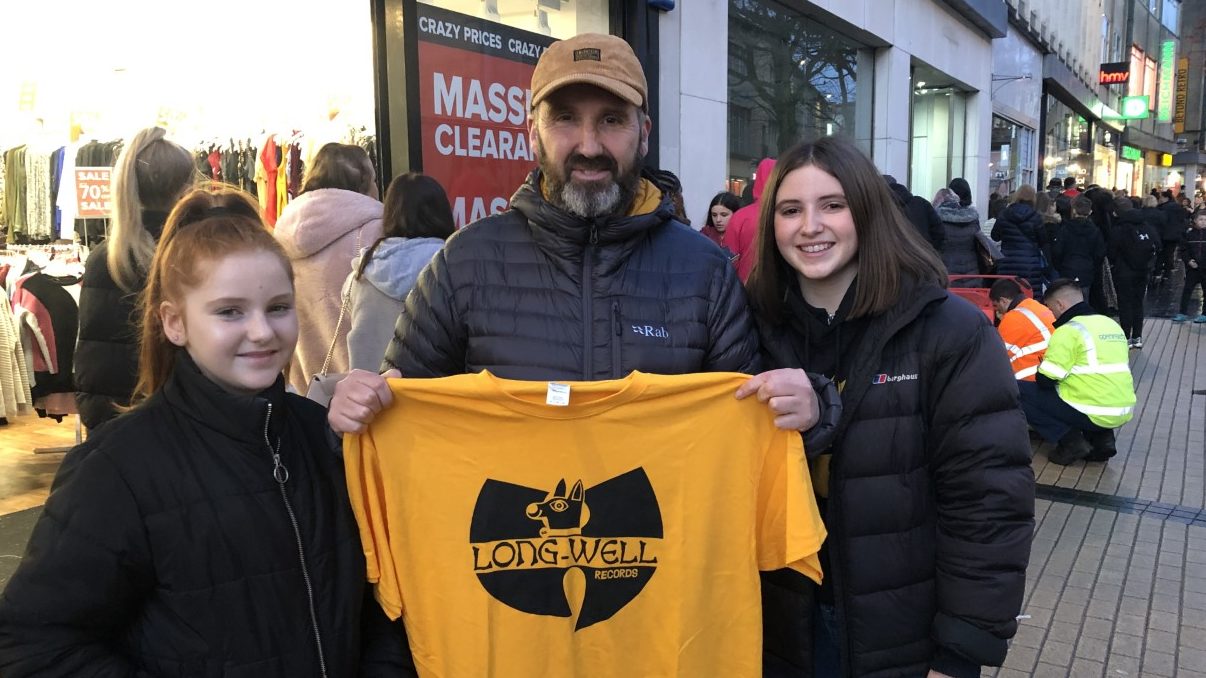 The tension was electric as a growing group of people waited, hoping to catch a glimpse of the UK grime star.

It seemed to take forever for the car door to slide open, but eventually, Stormzy stood there. The artist took the time to take photos with fans. Many had come straight from school and their animated reaction was proof the wait was worth it.