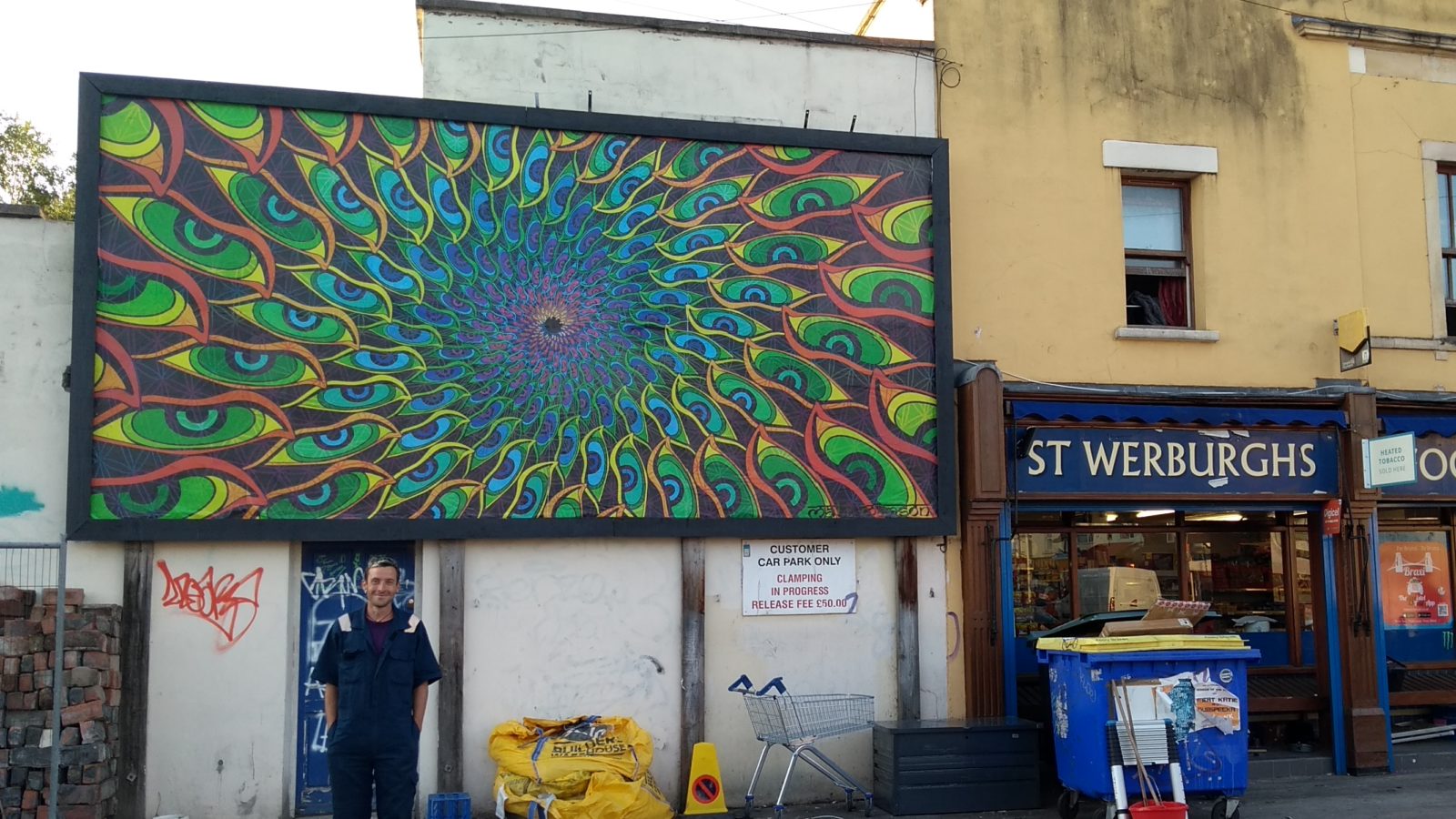 The latest art installation erected on a former billboard site in St Werburgh’s is another step on a journey to make it the first area of Bristol to become free of advertising.

Robbie Gillett of Adblock Bristol sees that there is no reason why Bristol should not follow Grenoble and other cities’ leads.

He argues that as well as being eyesores, a move to digital advertising sees us all bombarded with animated advertising on TV screens in the street often for fast food, fast fashion or fast cars. 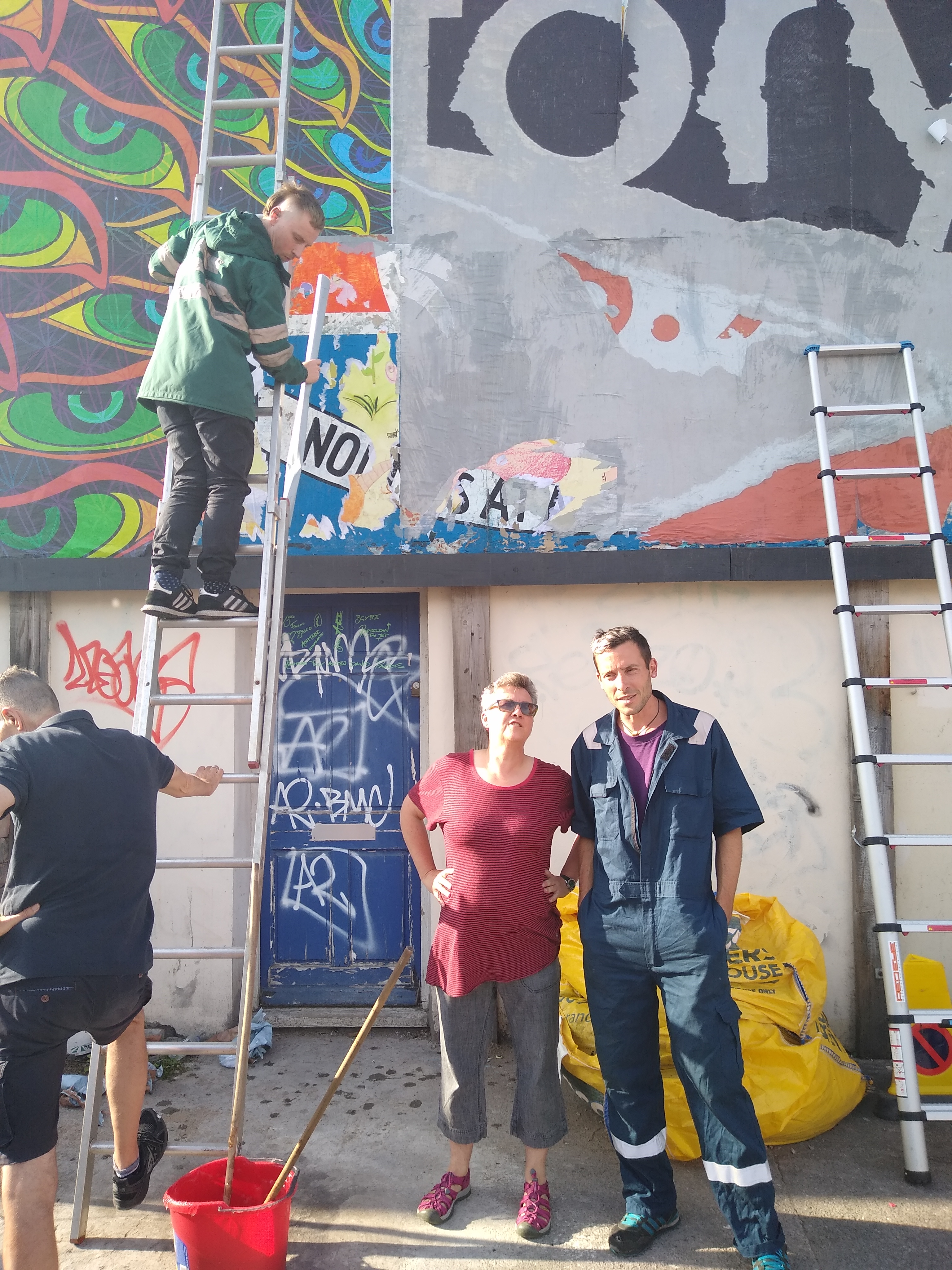 The St Werburgh’s billboard, on the corner of Mina Road and York Street is known as the Burg Arts project and has not had any cooperate advertising on it for several years.

Instead, it acts as a changing canvas for work by local artists and community groups.

The new piece is by Matt Mason, whose art focuses on digitally constructed geometric patterns. “I wanted to do something colourful for the summer,” he told Bristol24/7.

If you’re interested in producing a piece for the Burg Arts board, email adblockbristol@gmail.com

Read more: ‘Why we need an ad-free Bristol’