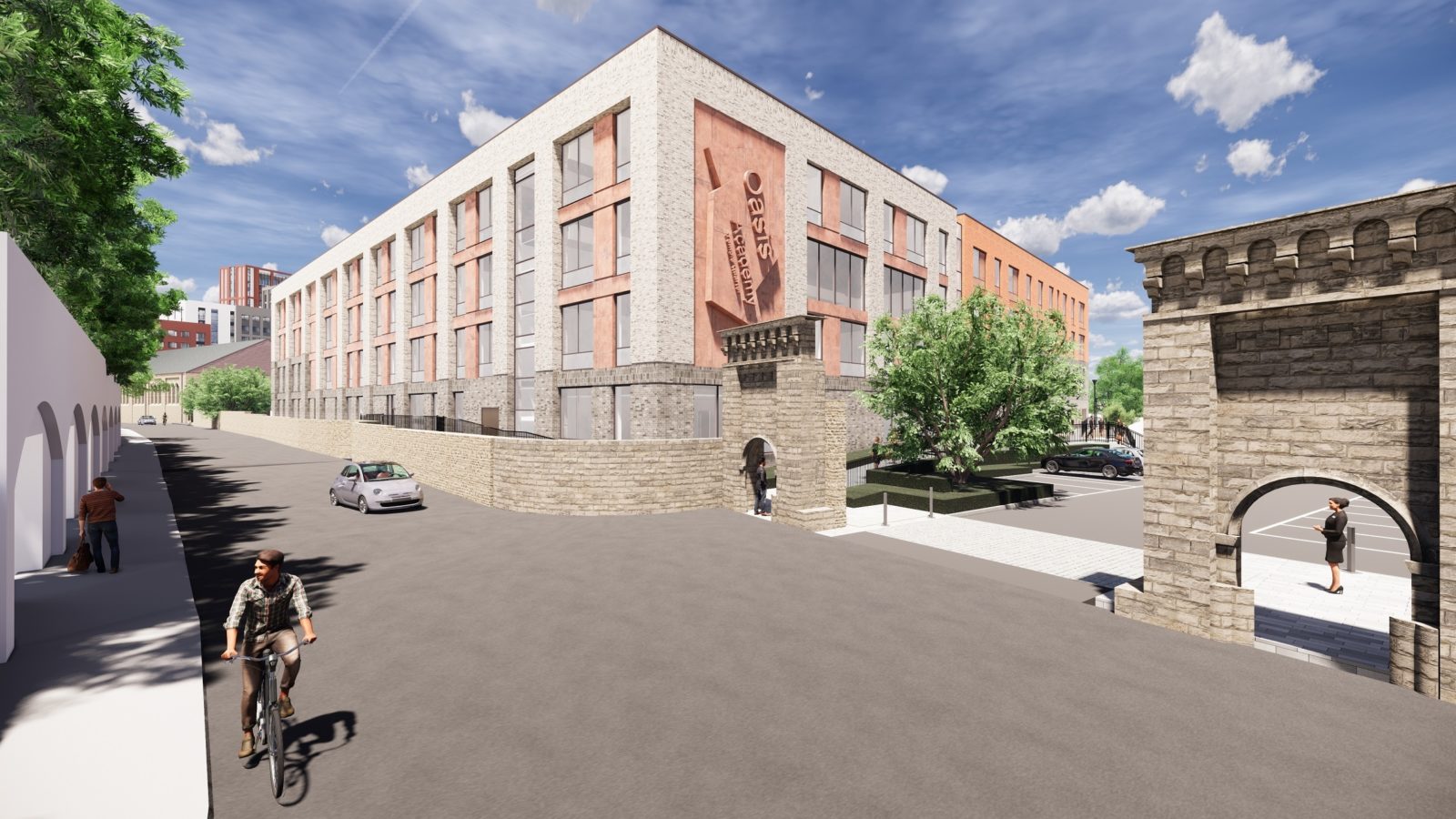 Around 200 extra children will be squeezed into Bristol schools next year because a promised new secondary school will not be ready in time.

Oasis Academy Temple Quarter was originally meant to open in 2018, but planning delays meant planning permission was not granted until last month.

Parents were told in February that the construction of the new school beside the Feeder Canal would not be finished until 2023 at the earliest, but that places for pupils in temporary accommodation might be available by the end of next year.

But Bristol City Council has received official confirmation from the government that no places in temporary accommodation will be available in time for the September 2021 intake.

The news has come as a huge blow to parents in east central Bristol where around 200 children are due to start year seven next year.

Campaigner Jenny Grinsted has called the failure “unacceptable” and demanded that the money set aside for temporary accommodation is given to east Bristol schools instead.

The council and the Department for Education have told parents that there are several reasons for the situation.

Flooding concerns expressed by the Environment Agency mean the government must consider whether to intervene in the council’s decision to grant planning consent.

A government “call-in” would entail a lengthy public inquiry, the results of which would not be known for at least six months or more.

Furthermore, the council has been unable to find any suitable sites for temporary accommodation that the DfE is satisfied would be ready by September 2021.

Posted by Marvin Rees, Mayor of Bristol on Wednesday, 23 September 2020

Breaking the bad news during a Facebook Live last night (September 23), Bristol mayor Marvin Rees said: “We have now received formal confirmation from the Department for Education that the Oasis Temple Quarter school will not be able to open in temporary accommodation in time for September [2021], in part because of the time frame and because of the questions raised by the call-in.

“So we’ve done our bit. The mitigations we are putting in place for those children is to expand classrooms in other schools, and there’s a lot of work being done on that now

“We will be able to confirm precise details, but talks are going on with the Cabot Learning Federation, City Academy, Bristol Met and Bristol Brunel.”

Rees admitted that the council has known for a number of years that the city would need extra secondary school places by September 2021.

But he said that getting schools built was no easy task and that it required multiple partners to “line up” including the DfE, the EA, developers and education trusts.

“Ultimately free school delivery rests with the DfE, not the local authority,” he said. 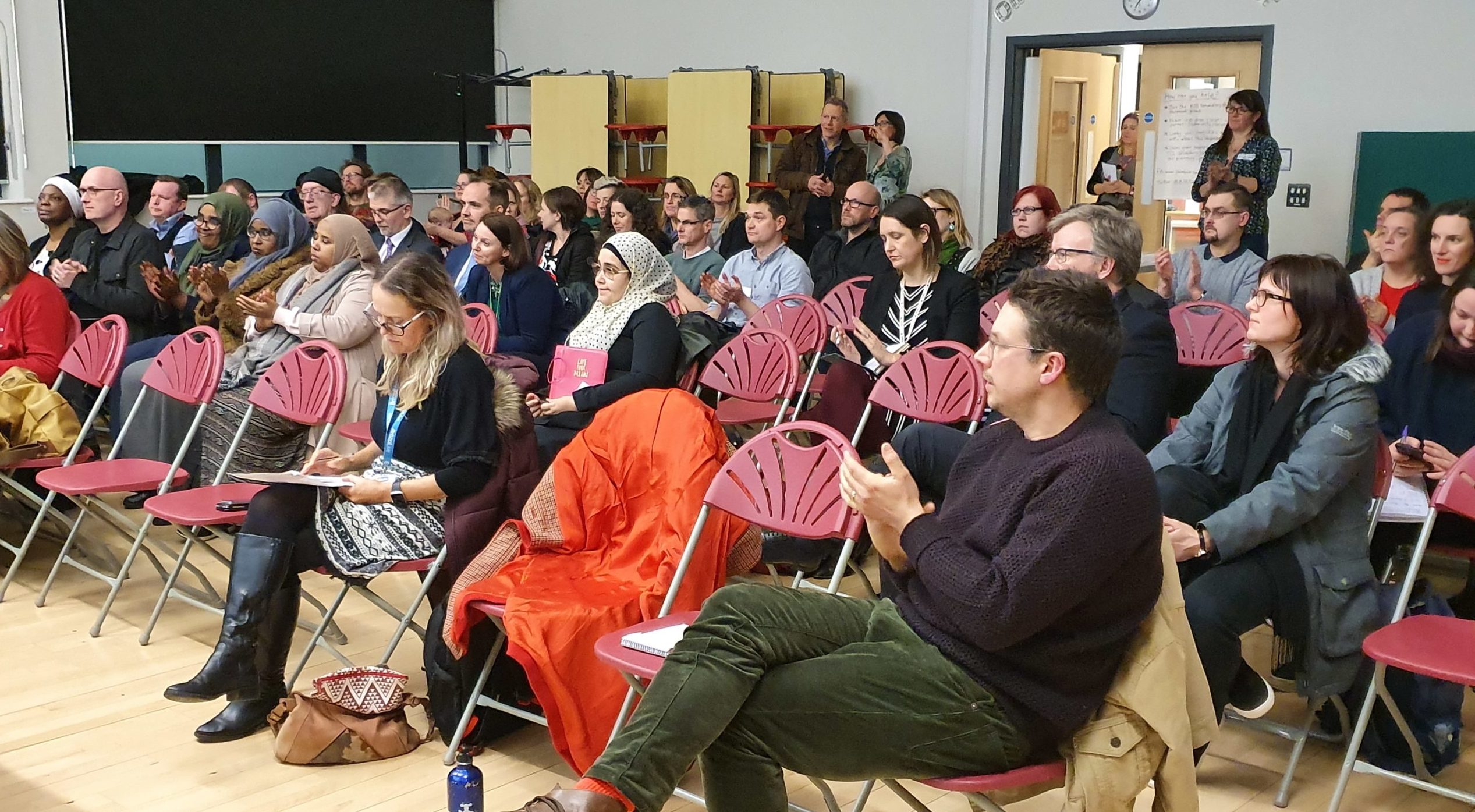 But Grinsted said: “Children in Lawrence Hill suffer from more disadvantage and deprivation than anywhere else in the city.

“It’s completely unacceptable that our children’s life chances will be affected forever by their failure to address this issue.

“Existing schools being required to take many more children than they were designed to now potentially threatens the quality of education for every single child in east Bristol.

“For September 2021, our community needs not just a solution but a good solution that does not further damage the life chances of our children.

“As part of this, we demand that investment at least equivalent to what would have been spent on temporary accommodation for Oasis Temple Quarter for 2021 is immediately released to existing east Bristol schools.

“We also demand open, honest and meaningful engagement with the local community.

“For too long the voices of children and parents – the people whose lives are actually affected – have been ignored in this process and this has to stop.”

A Bristol City Council spokesperson said: “We are working urgently to secure additional temporary accommodation capacity in existing schools, with the full costs of this provision still to be established.

“We are also working with both the DfE and school trusts to ensure sufficient Year 7 places in 2020, with existing schools being required to take additional pupils to meet the demand.’’

The spokesperson said that while the council does not lead on the decision-making regarding free schools, public meetings were held prior to the Covid-19 pandemic and the council continues to engage with the parent group.

Developer Square Bay is involved in the physical construction of the school but not its operation so has no involvement in providing temporary accommodation.

Commenting on the wait for a decision around call-in, managing director Markham Hanson said: “In the meantime, we are working to get everything in place to start on site to deliver the development including the new school as soon as we formally receive the green light.”