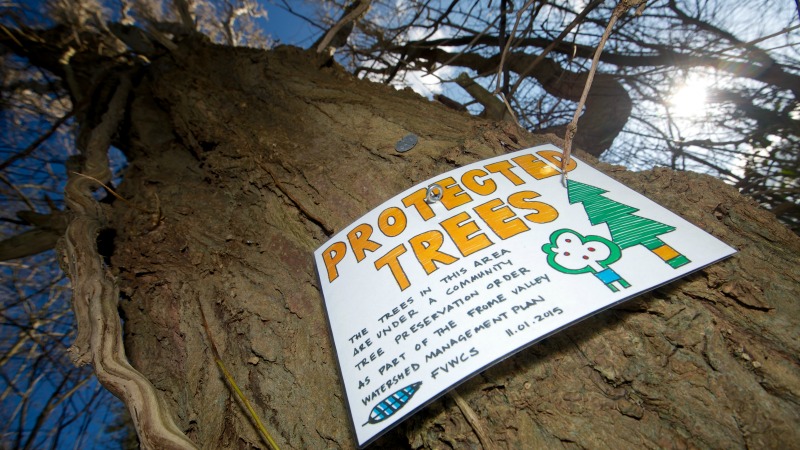 Tree-top protestors say they have “no plans” to leave Stapleton allotments despite Bristol City Council being granted an immediate possession order.

Rising Up campaigners have been occupying lands and trees on the site for the past six weeks.

They claim they want to protect the agricultural land and trees on the site which has been earmarked for a bus lane for the new MetroBus scheme.

After the ruling Rising Up spokeswoman Jennifer Harrison said that nobody has any plans to leave the site and they will continue their peaceful protest.

She said that during the court hearing the group defended their right to protest and pointed out the “urgent need to occupy this land to protect it from serious damage to the environment and wildlife which the planned MetroBus road would bring”.

Danny Balla from Rising Up said: “We are once again forced into a position of ethically and morally sound, yet unlawful behaviour by continuing to defend this land.”

He added: “The council are riding roughshod over the wants of needs of local people, nature and the future generations of Bristol.”

However, a Bristol City Council spokesman said: “We are pleased that the court has granted this possession order, which will help us secure all of the affected land as we work to bring a safe and effective resolution to this protest.

“We have been clear that if protesters do not respect our legal rights and vacate the land we will take enforcement action. We will not speculate about when this will happen or forewarn anybody.”

Avon Wildlife Trust operates a successful food growing scheme on the site. Spokesman Robin Maynard said they opposed the plans for the bus lane and they are concerned about immediate and long term impacts.

But he said they plan to continue to run the Feed Bristol project from the site and the city council, who they lease the site off, will allow them to continue working on the land.