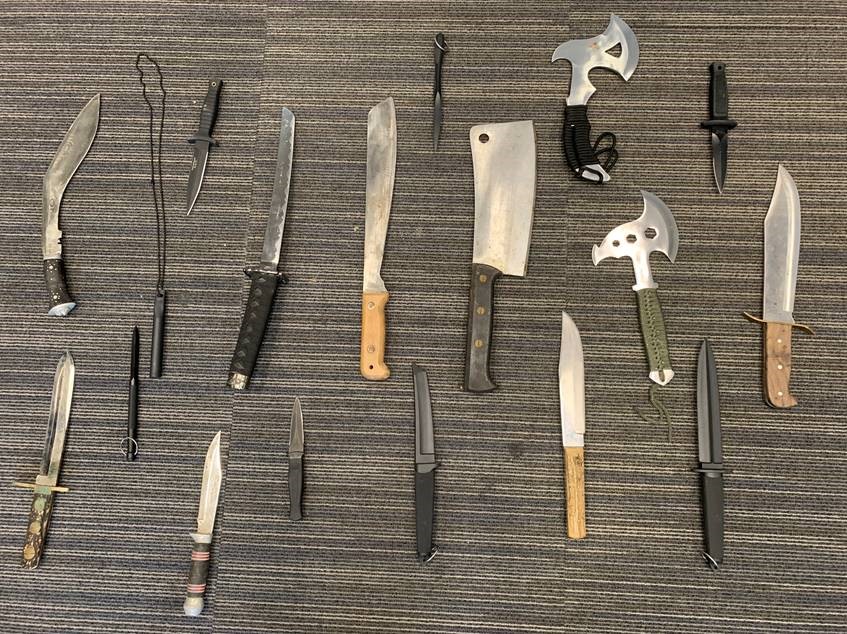 Avon and Somerset Police are ramping up efforts to combat knife crime as part of a nationwide operation.

The force has seen a 52 per cent increase in reports of knife-related crime in the period from July 2018, and officers are taking a multi-pronged approach to dealing with the issue that includes education and ‘weapon surrender bins’.

Operation Sceptre is an initiative led by the Metropolitan Police and will see police around the country take part in the seven-day crackdown, following a surge in violence and fatal stabbings.

Chief Inspector Zoe Chegwyn, who leads on knife crime for Avon and Somerset Police, says the ‘week of action’ focuses enforcement activity and will have a direct impact on the number of knives on the streets.

“By using a range of tactics and approaches, we can visibly show communities the ways in which we are working to reduce the impact of knives on people’s lives,” she says.

“The government’s Serious Violence Strategy is clear that police enforcement alone is not going to stop knife crime; we must take a holistic approach and work alongside other agencies in health, local government, the charitable sector and local communities to understand the reasons that young people are arming themselves in this way, and how we can prevent and reduce this.

“I want to stress that our educational work with young people is on-going and not just limited to our weeks of action.

“However, we will step it up this week in schools and youth clubs, with local officers delivering hard-hitting workshops, which really bring home the impact knives can have not just on individuals, but on families and communities.

“We also want to let young people know that if they are worried that someone they know is carrying a knife, but are nervous about talking to the police, that they can contact Fearless (The Crimestoppers youth arm) anonymously and potentially help to save a life.”

This week’s operation runs from Saturday, March 9 to Sunday, March 17 and will incorporate several tactics, including education of both young people and retailers, targeted patrols of hot spot areas, weapons sweeps and knife surrender bins.

Avon and Somerset Police already have permanent knife surrender bins in place at a number of locations across Bristol and surrounds, but temporary points will also be available for the foreseeable future. More than 1700 knives have been surrendered since October 2016.

Speaking about the figures, chief Inspector Chegwyn added: “Although a 52 per cent increase in one year does sound alarming, this is down to the way we are now recording and collating information on our systems

“So incidents where a knife is mentioned, even relating to another offence such as burglary or robbery, are now deemed a knife-related incident, when previously they weren’t.

“We are also seeing increases in the number of intelligence reports submitted and it is important to note that only small percentage of knife crimes result in an injury.”

Avon and Somerset Police and Crime Commissioner Sue Mountstevens said: “Knives do not keep you safe. Young people need to be aware that by carrying a knife, you are putting yourself in much greater danger and are more likely to become involved in a violent situation.” 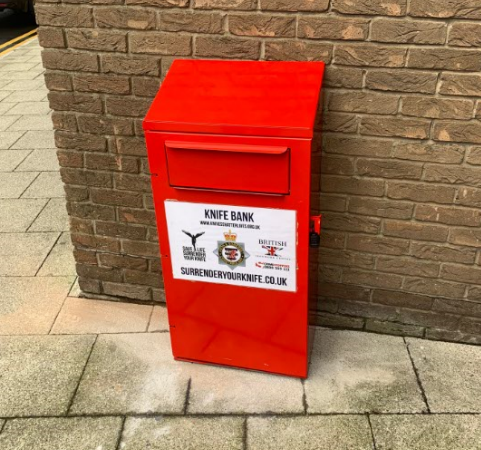 Permanent surrender bins are now in place in the following locations:

Further temporary surrender bins will be in place for the duration of the operation at: