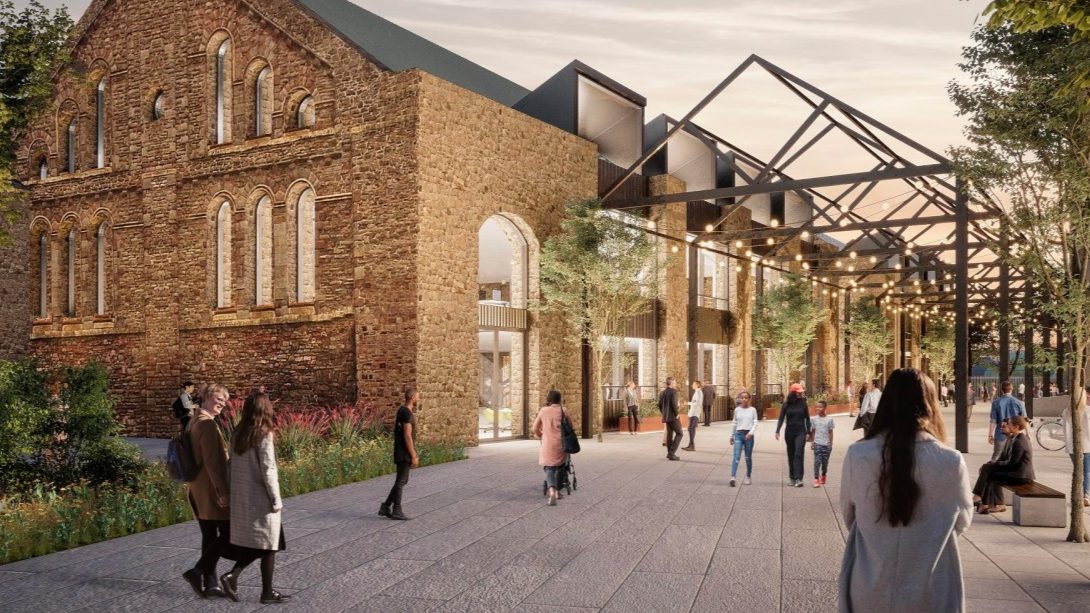 Bristol councillors have approved a major new development in one of the most deprived parts of the city, despite concerns about flooding and a “drab” 17-storey tower block.

But the government could override the decision by a planning committee because of flooding objections from the Environment Agency.

The local government secretary has 21 days to decide whether to intervene based on the objection of the statutory consultee.

Council officers conceded the plans for the land along Silverthorne Lane come with “a degree of risk” from flooding from the Feeder Canal and River Avon and “a degree of harm” to a number of heritage buildings on the site. 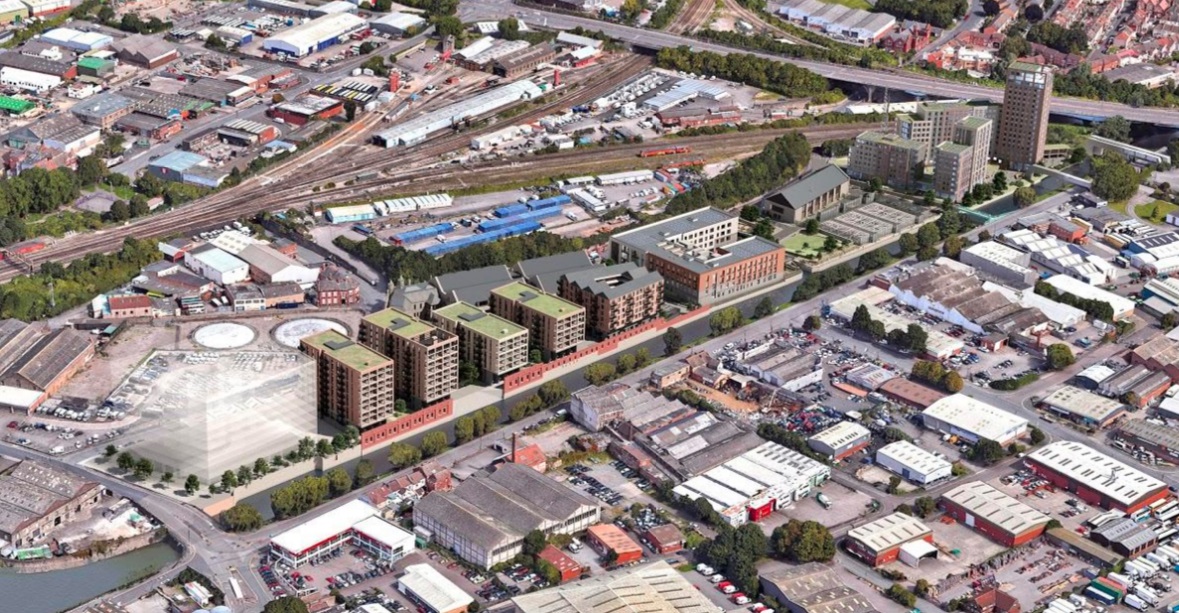 But they explained what measures were in place to keep people safe in the event of a major flood, and recommended the scheme for approval concluding that “on balance”, the benefits outweighed the harms.

The eight-strong committee agreed, unanimously backing the proposal, despite their dislike of the 17-storey student accommodation building at the eastern end of the site.

They said the 693-bed tower block for University of Bristol students was “out of keeping” with the rest of the development and “unnecessary” because there was room for shorter buildings.

But they felt powerless to reject the “drab and boring” tower because doing so would have meant rejecting the entire scheme.

All six parts of the scheme, including the new school and new homes, were submitted as a single application.

The new secondary school next to the student block will provide places for 1,600 children aged 11 to 18.

Promised three years ago, the Oasis Academy Temple Quarter will make up for a shortfall of more than 200 secondary school places in east Bristol and its approval has “delighted” parents who have been campaigning for it.

After months of tireless campaigning on behalf of the children of East Bristol we are DELIGHTED that councillors unanimously voted in favour of @Silverthorne_Ln today – making @OATempleQuarter Secondary a reality. Thank you to everyone for their support 👍🏾👍🏻👍🏽 pic.twitter.com/HGjJ9YgXoH

Housing beside the school will provide 371 mostly one and two-bedroom flats, of which 73 will be affordable.

Close by, at the Avon Street end of the development near Motion nightclub, will be new offices for commercial and university use.

The entire development is expected to create around 4,500 new jobs.

Bristol City Council received 187 comments in support of the proposals, mostly from parents supporting the school, and more than 1,700 objections.

Most of the objections came from people concerned about the future of Motion at the Avon Street end of the site, but the nightclub owner dropped his opposition this week after he received assurances the venue would be protected. 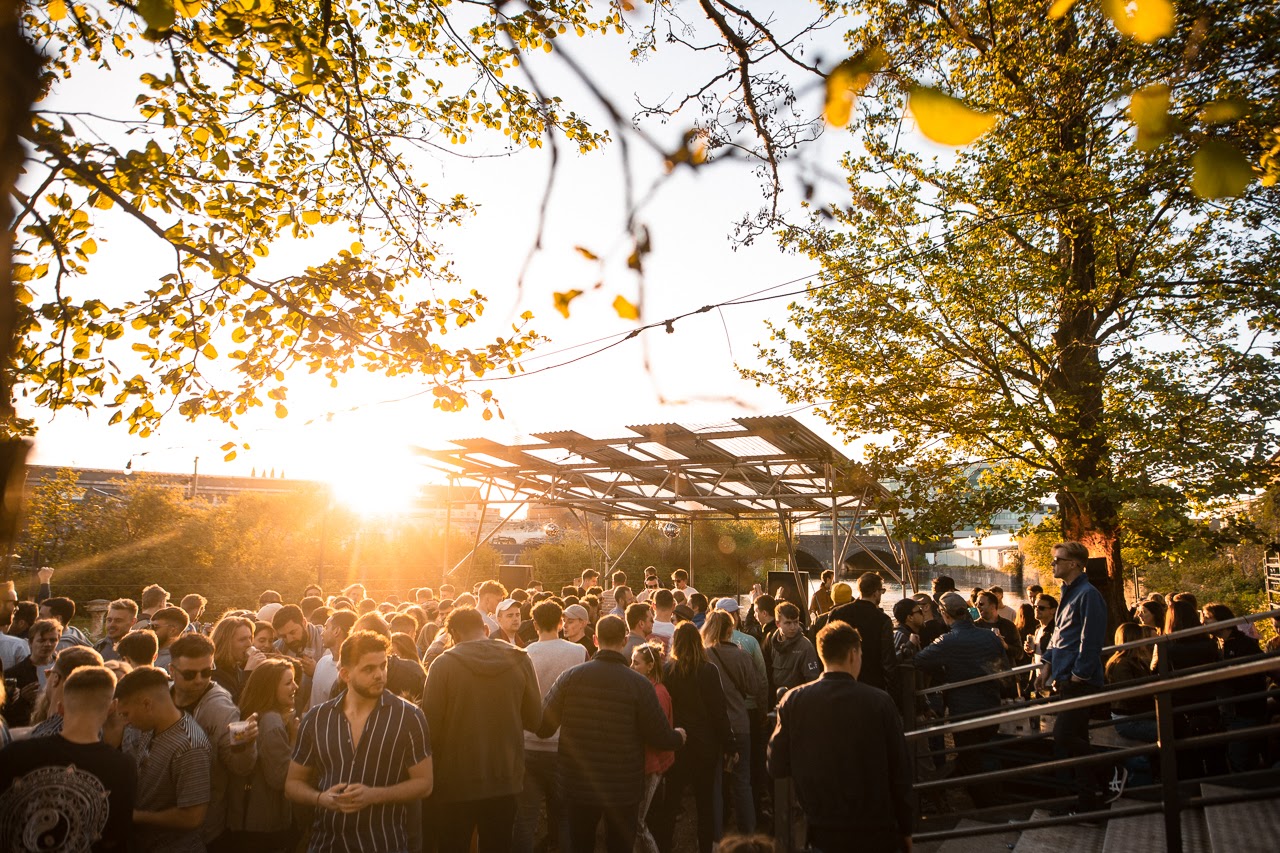 The meeting heard the Environment Agency’s preferred option of changing the plans to stop flood waters from coming onto the site altogether would jeopardise the entire scheme.

Instead, parts of the site will be allowed to flood up to a “significant depth”, but people will be able to escape via an elevated walkway and it is expected offices and the school will have advance warning and will shut in the event of a flood.

All but the listed buildings will have raised floor levels, and the school and student accommodation blocks will have voids underneath up to 1.5 metres to take flood waters.

Officers said the harm caused by the loss of heritage buildings was “less than significant” and outweighed by the benefits of the scheme.

Members of the committee quizzed planning officers about concerns they and their residents had about the nightclub, traffic and flooding.

A planning officer said the council plans to ensure the promised protections for Motion are secured.

Residents should be assured the scheme is designed to encourage walking and cycling and to prevent through-traffic, the meeting heard.

Campaigner Amy Harrison, from parent-led community group the BS5 Secondary Forum, said: “The children of our neighbourhood experience some of the highest levels of deprivation and inequality in the city.

“Access to a high-quality secondary education is essential for their future life chances. They need and deserve the Oasis Temple Quarter school.” 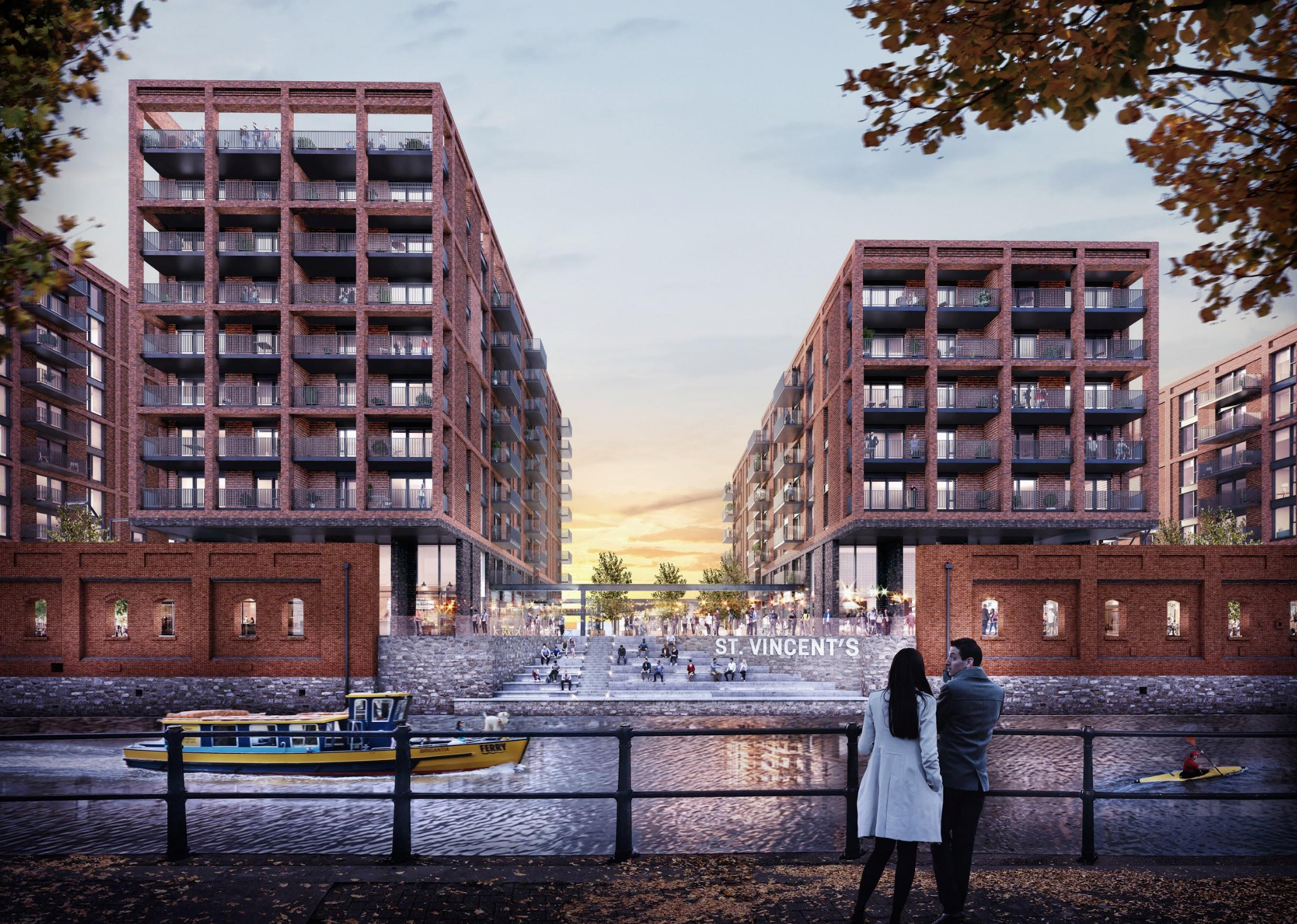 Markham Hanson, the managing director of developer Square Bay, which controls and manages the applicant, Feeder Estates LLP, said: “This is a once in a lifetime opportunity to transform this derelict site that has turned its back on the city for generations into a vibrant new canal-side community providing new homes, employment opportunities, a much-needed new school for 1,600 young people in communities like Lawrence Hill and Barton Hill all part of an environment with sustainable travel at its heart.”

Recommending the scheme for approval, a planning officer said: “We are not saying here that all of the issues are resolved to the complete satisfaction of all officers.

“In fact issues over flooding and heritage are still…there is a degree of harm and a degree of risk, but there are also benefits and mitigation in place.

“If members are minded to support the scheme, it’s important we acknowledge that there is harm and there is risk but the officer view is that the benefits of bringing this development forward would outweigh that.”