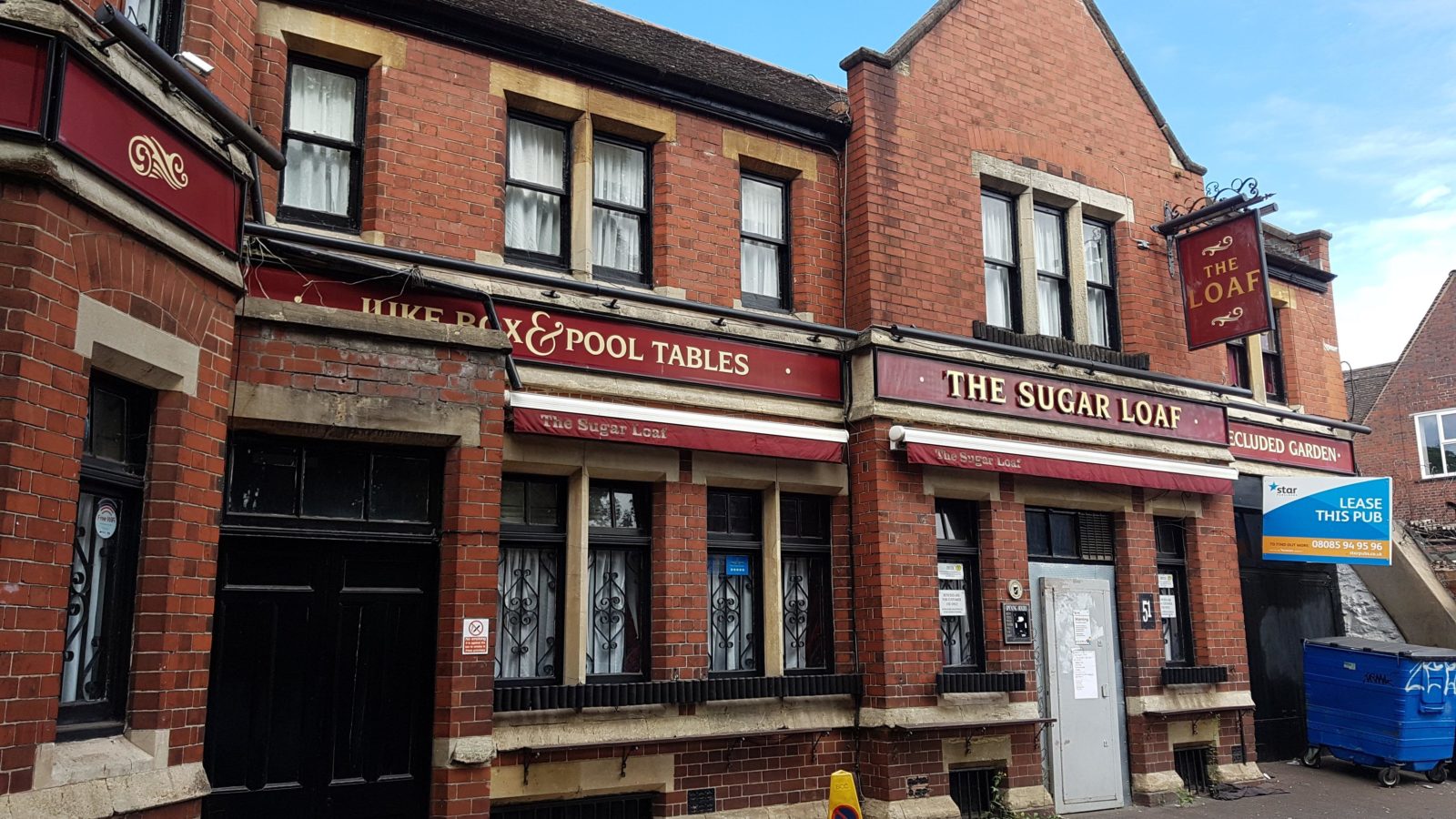 Most communities know exactly what they want from their local pub – and the people of Easton are making sure their wishes are clear to the new proprietors of the Sugar Loaf.

A ‘for lease’ sign currently hangs from the front of the red brick boozer on St Mark’s Road, which has been closed since the former landlords decided to call it a day in June.

Accompanying it, there is now a sheet of A4 is taped to the heavy metal door with a handwritten note addressed to the prospective publican, detailing a few requirements from residents. 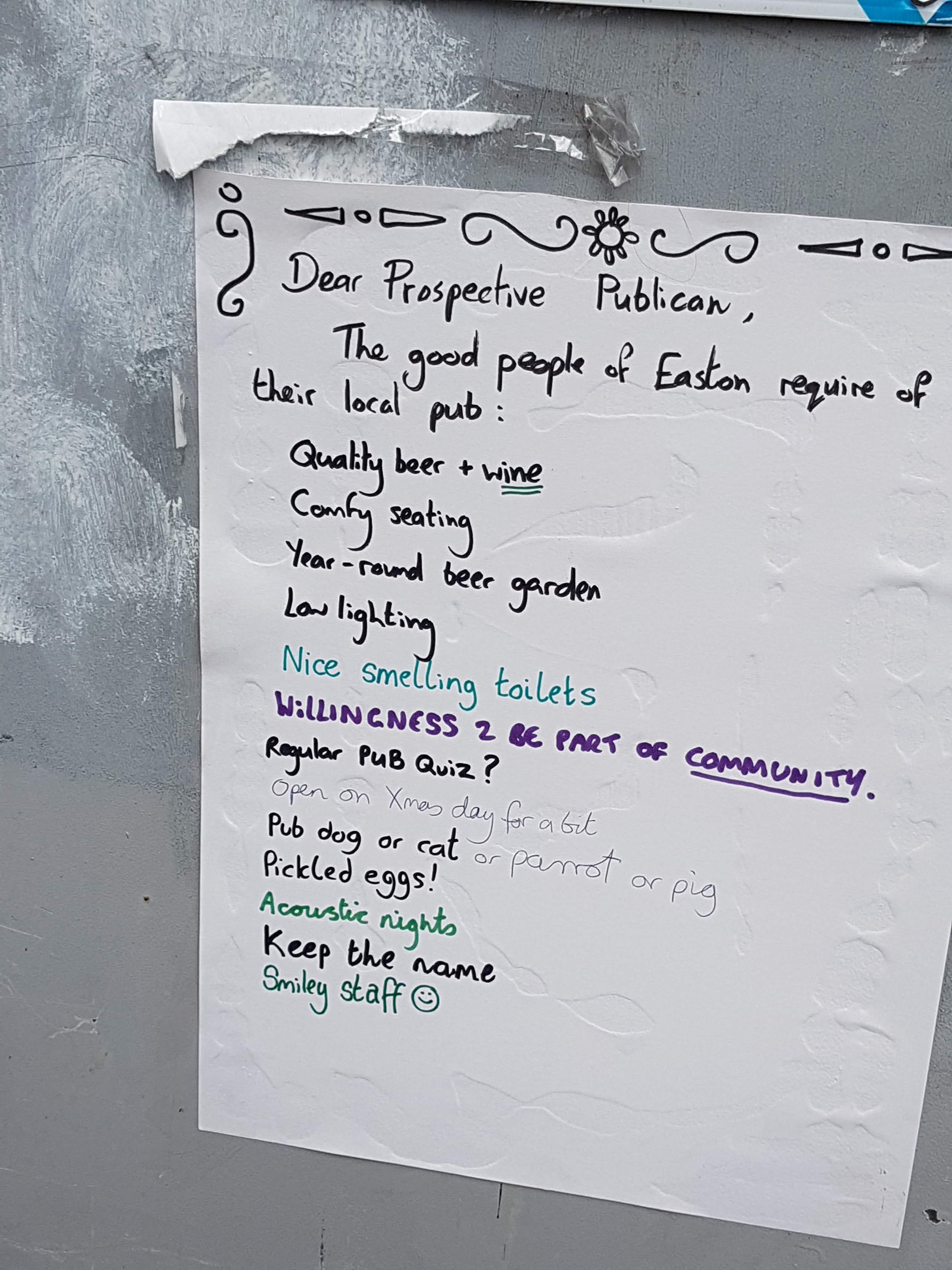 Quality beer and wine top the list that multiple people have added to, with a year-round beer garden, willingness to be part of the community, nice-smelling toilets, acoustic nights and a pub dog, cat, parrot, or pig all among the priorities for residents.

And they may not have to wait too long to have these dreams realised, as Bristol-based pub company Zazu’s Kitchen Pubs has confirmed it is currently in discussions and hopes to take on the Sugar Loaf.

It is understood that talks with Star Pubs, part of the Heineken group, have not yet been concluded, but a deal is expected to be announced in the next fortnight.

Zazu’s already owns the popular Greenbank pub on nearby Belle Vue Road, as well as the Knowle, Grace, Alma Tavern and Westbury Park Tavern, and also Rosa restaurant in Clifton.

Zazu’s bosses – who include Dougal Templeton, consultant publisher of Bristol24/7 – say they hope to revitalise the Sugar Loaf with a major facelift inside and out, improvements to the garden, a new kitchen serving quality food and a big emphasis on music.

Chris Nelson, managing director and partner at Zazu’s, told Bristol24/7: “It’s an iconic pub with so much potential, so it’s very exciting for us. We’d love to do it justice.

“That’s what we’re about at Zazu’s. We work hard to create the kind of individual pub the local community wants and which works for the neighbourhood, as we have done at the Greenbank and elsewhere, rather than taking a cookie-cutter approach.

“We see live music and all kind of community events as being central to the new-look Sugar Loaf. But we will listen to what people want. The Heineken team are very supportive of our plans, which is great.”

Chris added: “The idea is to work hand-in-hand with the Greenbank, as a sister pub, with co-promotions and cooperation on providing a variety of choice for Easton in mood, food and drinks across the sites.”

All the contractual details are yet to be finalised, but discussions are advanced and understood to be going well. It is hoped the pub will be reopened as soon as possible and up and running in its new form by early autumn.

Read more: Pub of the Week: The Greenbank