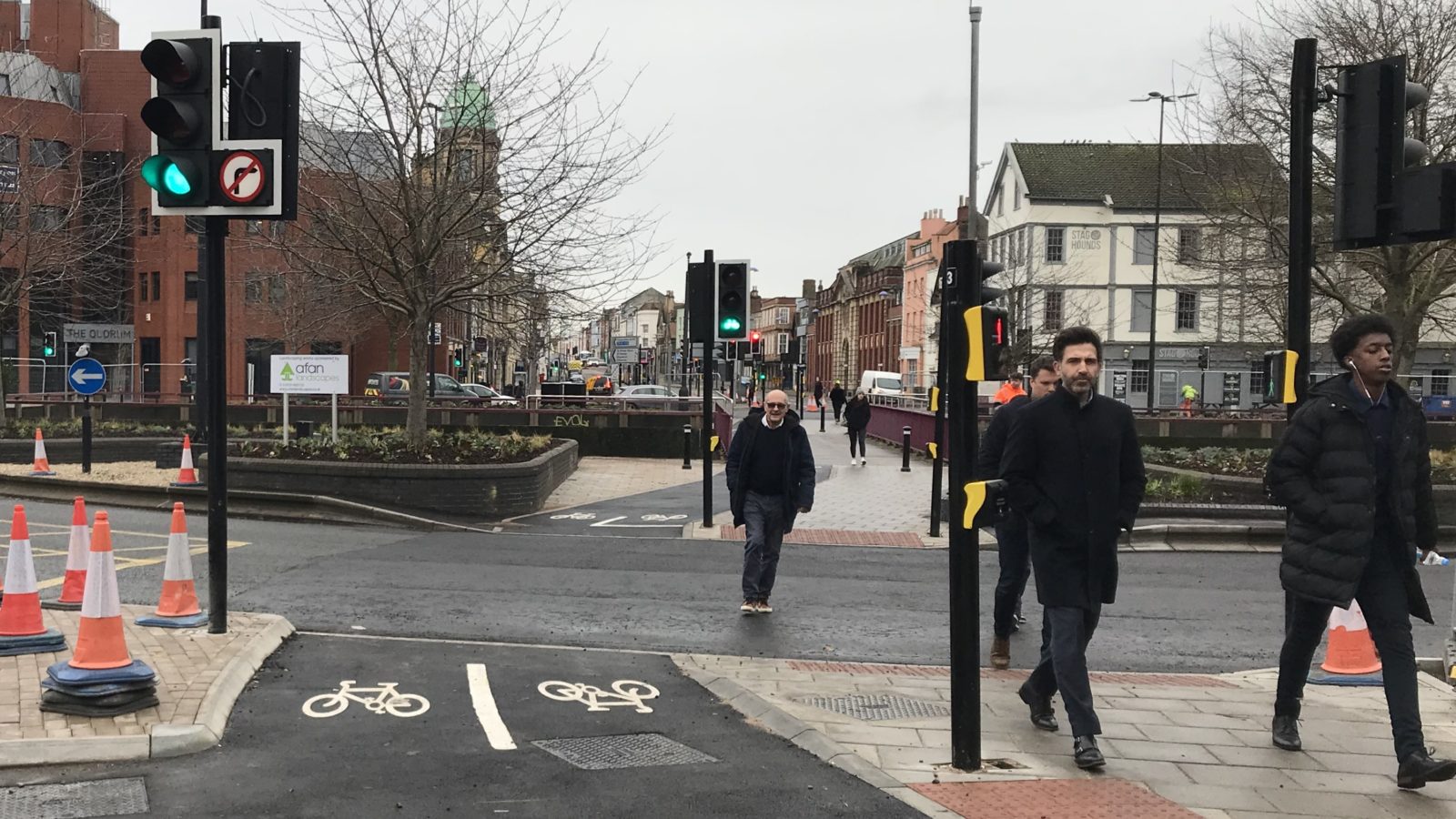 Pedestrians and cyclists can now once again cross Old Market roundabout, with the city council heralding that the work has been completed two months ahead of schedule and within budget.

Work on the roundabout has included installing segregated pedestrian and cyclist paths, as well as new lighting, signal crossings and plants.

The path is part of a wider project to create a safer and more accessible route from Old Market to Castle Park.

The roundabout was funded by a grant as part of the government’s Cycle Safety Fund given to Bristol City Council to improve pedestrian and cycle routes in the city.

Kye Dudd, cabinet member for transport at Bristol City Council, said the roundabout was “the missing piece in the jigsaw” in terms of improving safely travelling by bicycle across the city centre.

The next part pf the project will be to complete the route into Castle Park past the former ambulance station, on which Bristol’s highest building is currently being constructed.