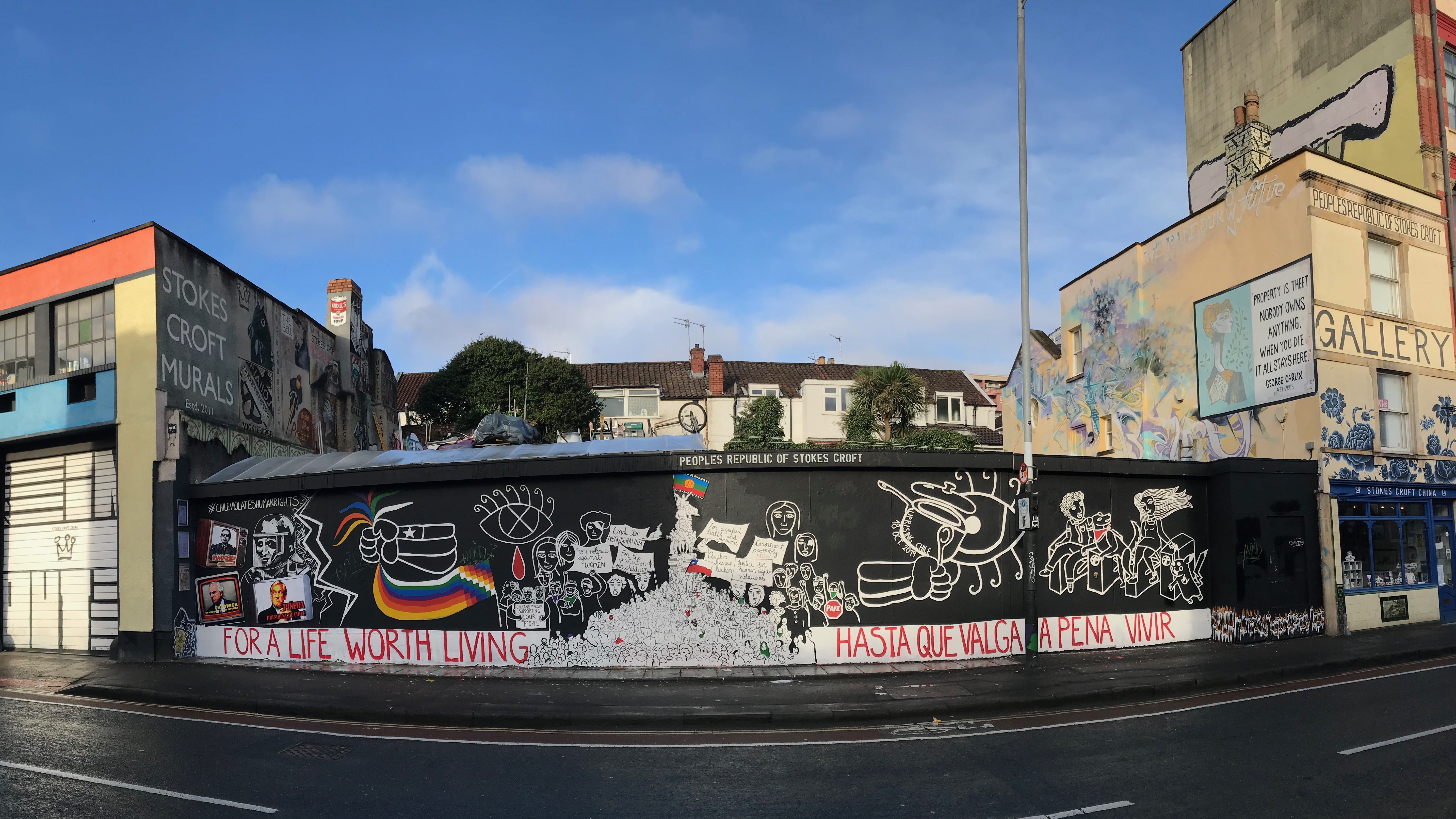 Members of Bristol’s Chilean community have joined forces to paint a new mural in support of the continued popular uprising in their homeland.

Anti-government protests have been taking place for months, with dozens of people killed and hundreds injured. 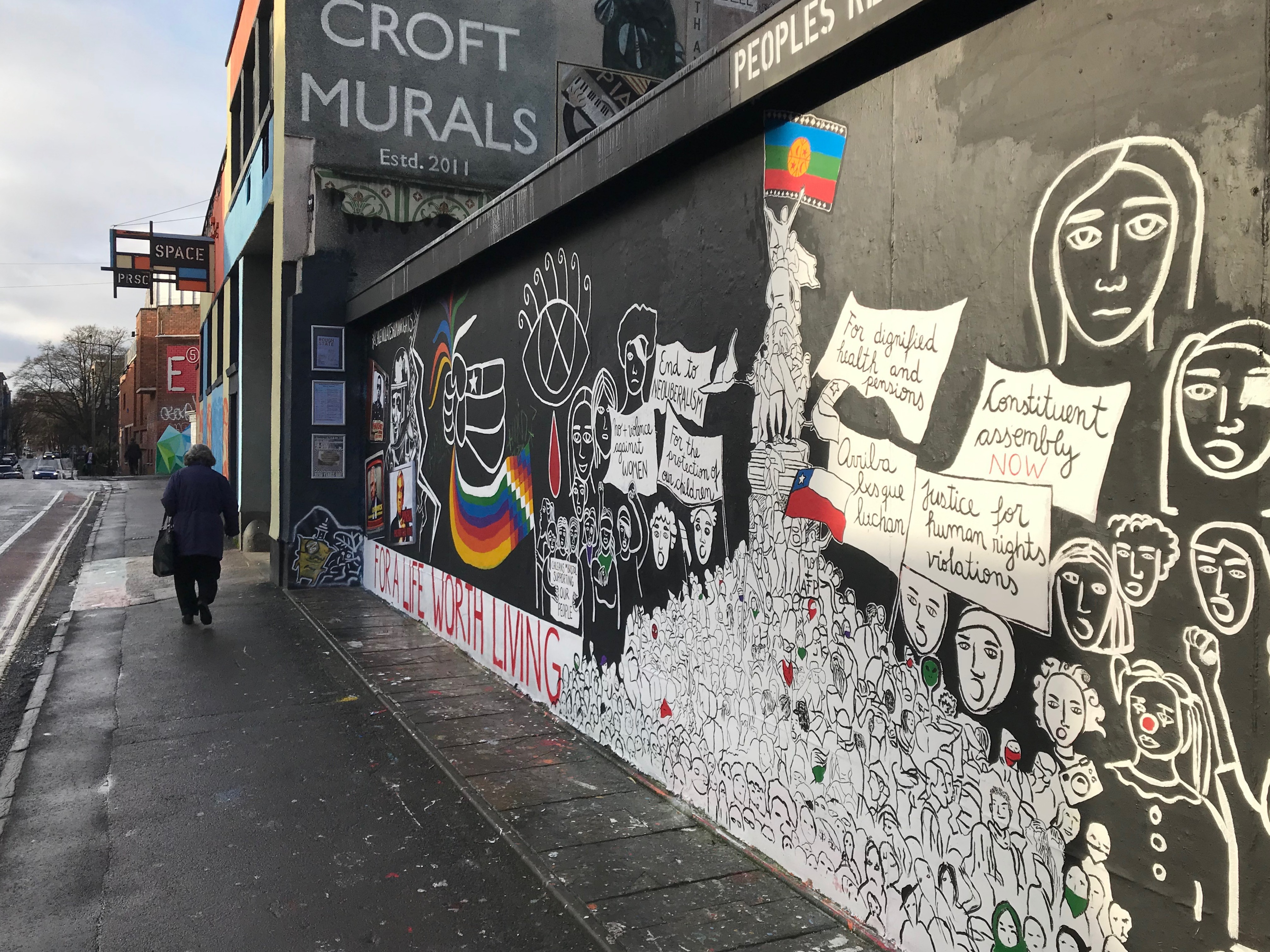 Protesters are demanding social reforms and a change to the constitution which dates back to the pre-democracy era of the military leader, Augusto Pinochet.

On the left of the mural are photos of some of Chile’s former and present leaders above the slogan, ‘For a life worth living’ – a translation of the original Spanish on the right of the mural, ‘Hasta que valga la pena vivir’.

In the centre of the piece are paintings of protesters holding signs with numerous slogans, including ‘Justice for human rights violations’, ‘For the protection of our children’ and ‘End to neoliberalism’. 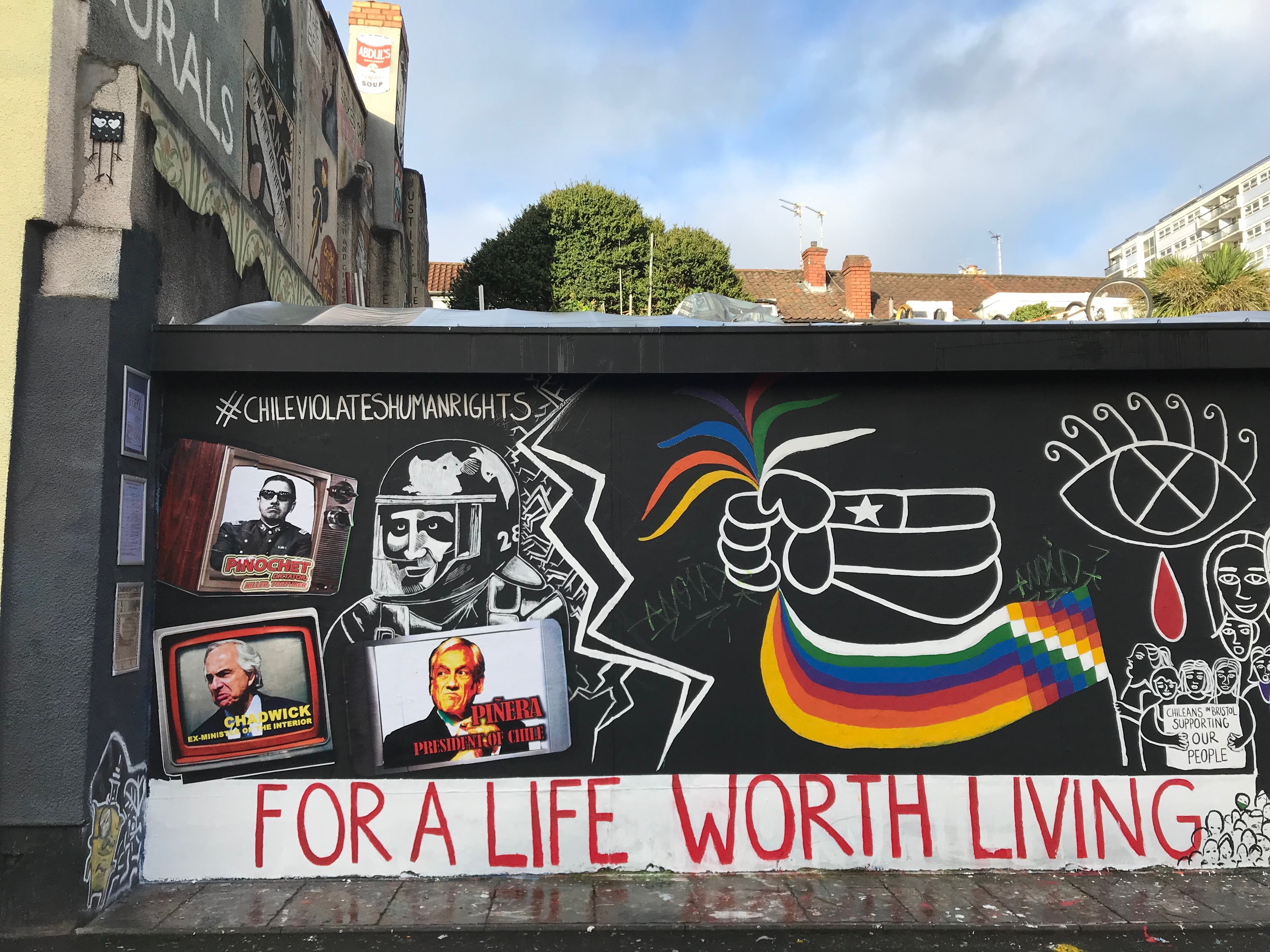 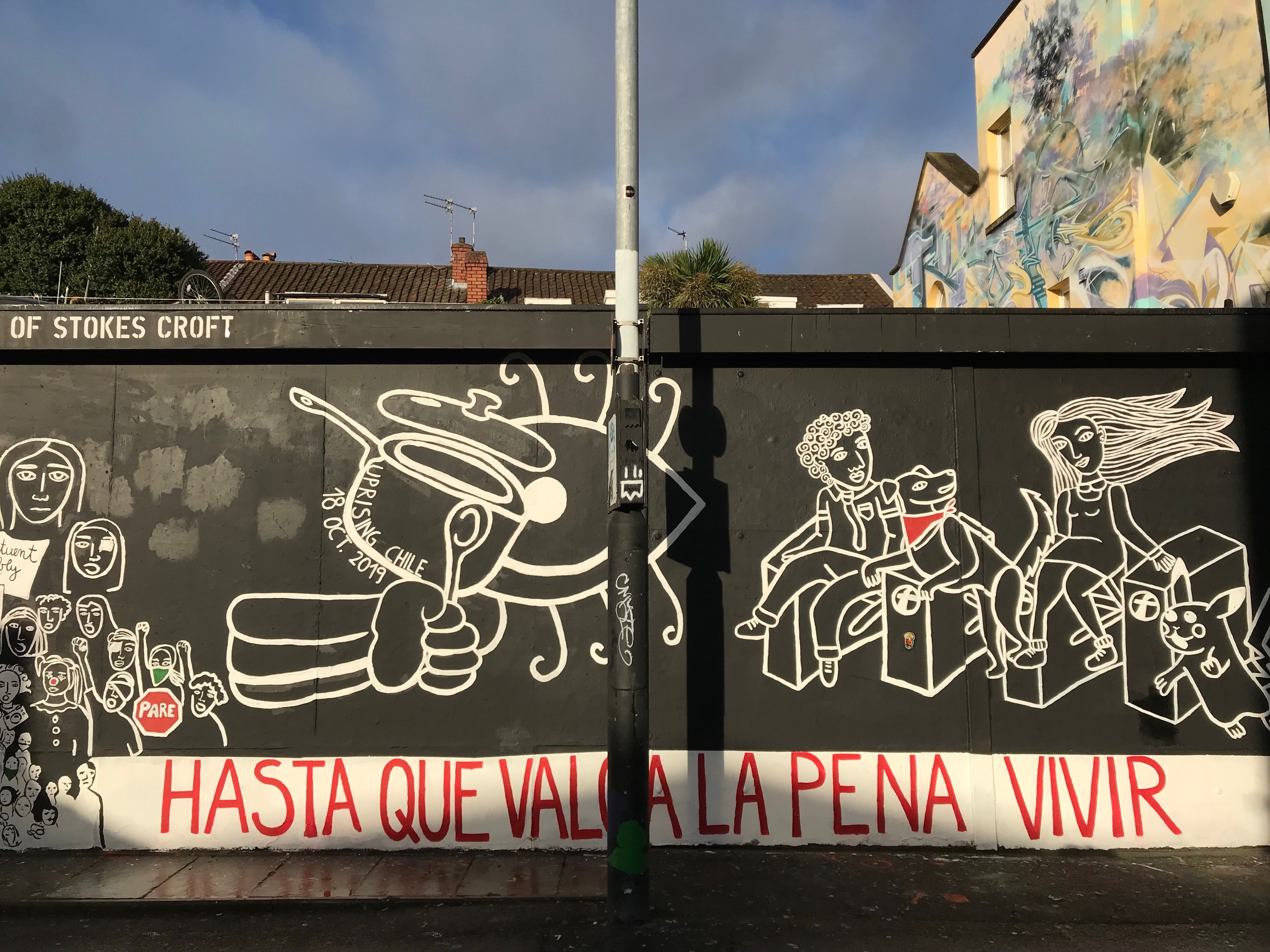