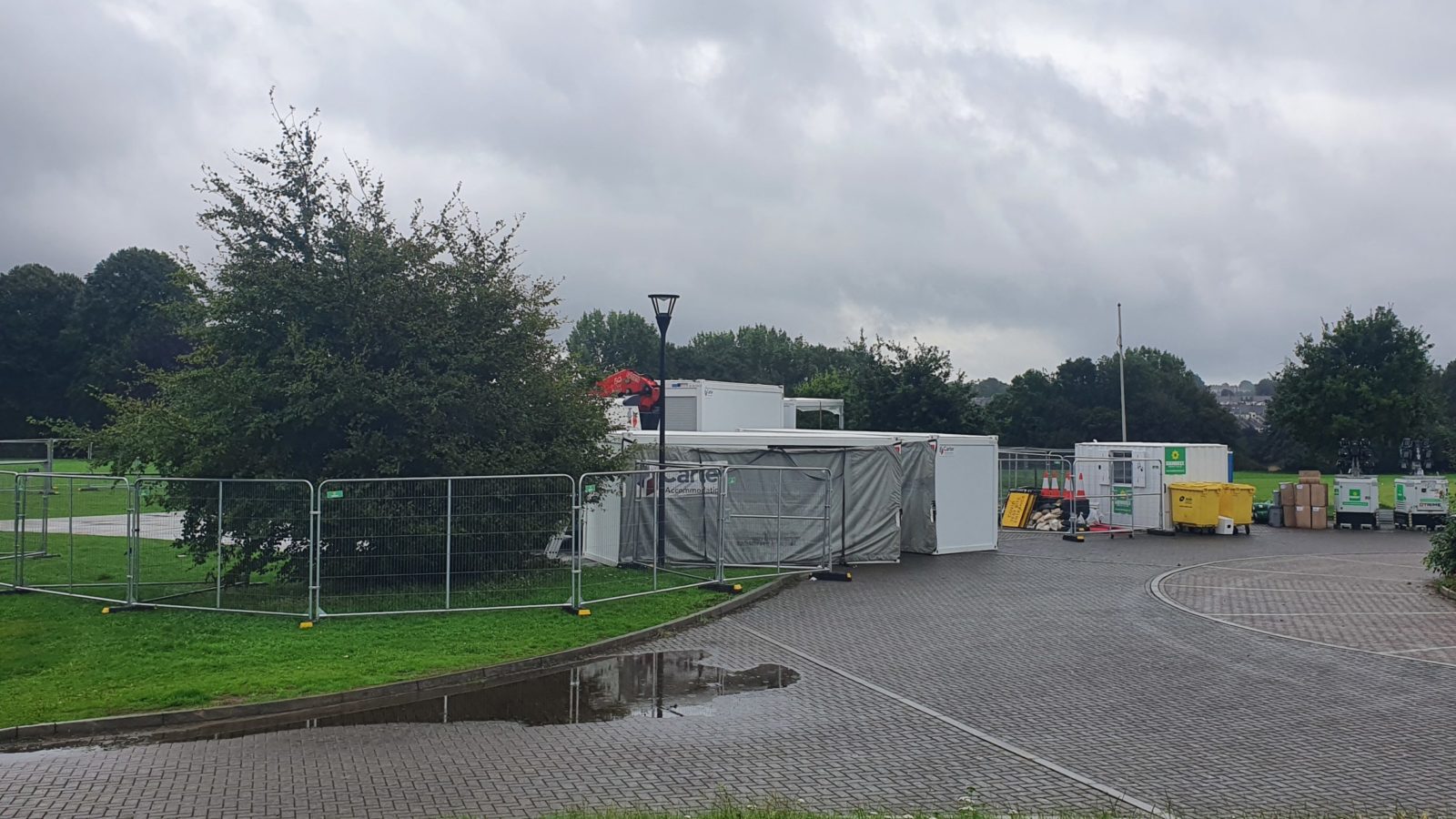 Barriers and security guards are already in situ near the pavilion in Netham Park, a site set to be the location for a new Covid-19 testing station.

The city’s second pop-up facility for members of the public is expected to open on September 1, but residents have raised concerns that the new testing station is being “sprung on the neighbourhood”.

A post rallying against the plans has been shared on social media. It points out the park provides the only green open space available to many people who live in the nearby tower blocks in Barton Hill and Lawrence Hill.

“So far the only testing facilities in Bristol have been built on car parks, it is completely unjustifiable to take away a civic green space to create a testing centre,” says the post, which also questions why an alternative brownfield site in east Bristol can’t be found. 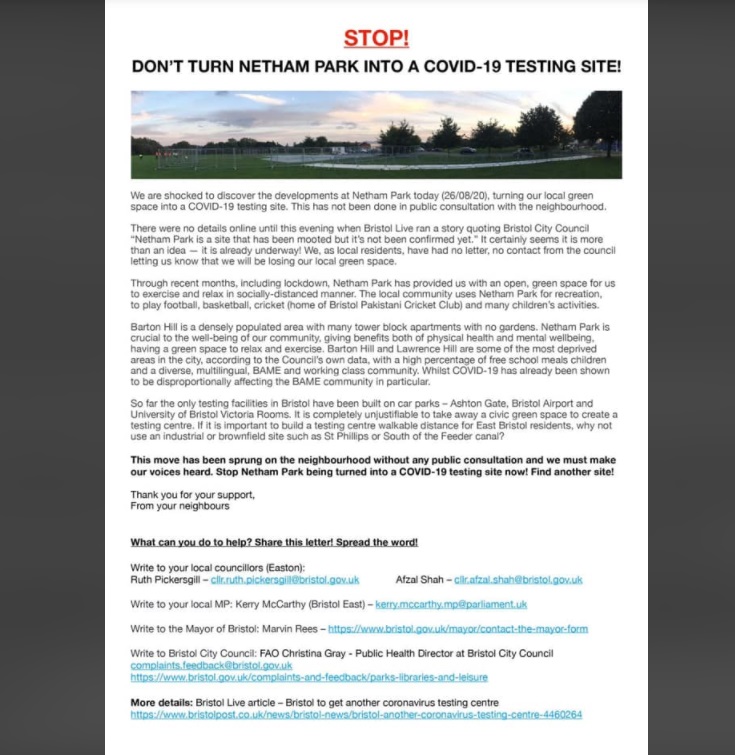 The Department of Health and Social Care decides where the temporary testing facilities are located. The Netham Park site will be the second walk-in facility for members of the public, following the recent opening of the pop-up centre in the car park of the Victoria Rooms near the Triangle.

Bristol City Council says it sent letters to residents in the Netham Park area as soon as details were finalised.

Friends of Netham Park posted a statement on their Facebook page on Thursday, saying: “Just a quick note to let you know that a Covid-19 test centre is being constructed near the pavilion on the Netham.

“It is due to open on Tuesday, September 1. Once opened it will operate from 8am to 8pm and people will only be tested by appointment only. Waste water will be collected daily either between 7am and 8am or 8pm and 9pm.

“The powers that be apologise for the short notice in letting us know of the centre being built and also for any noise and inconvenience that we might experience during construction.

“We have also been assured that letters will be sent to local residents, places of worship and community groups.

“After speaking to some local residents enjoying the park they feel reassured that a testing facility is being built this side of the city. The park is big enough to accommodate this centre, and its positioning should not interfere with sports events.” 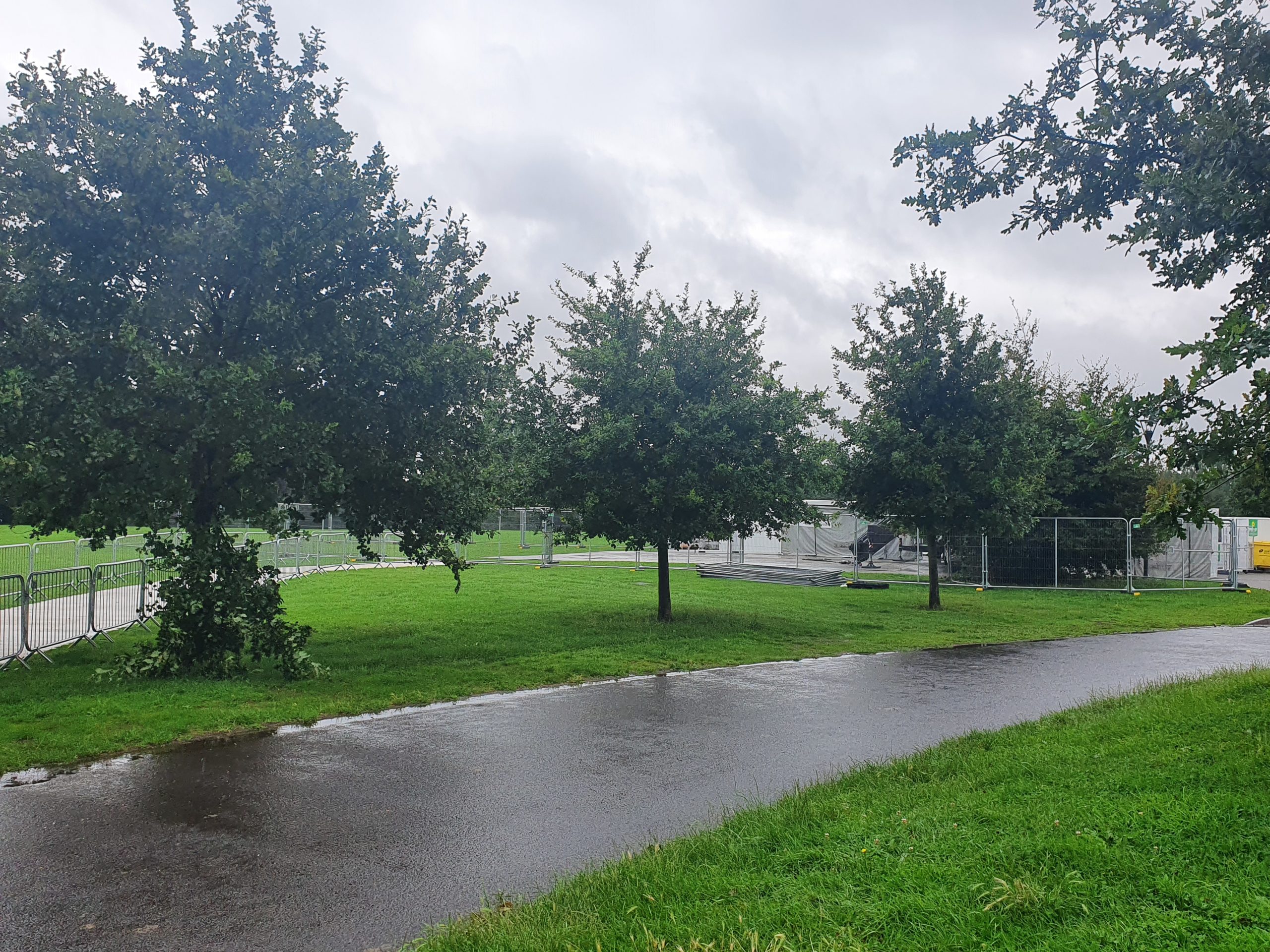 Barriers are already in place around the site in Netham Park

Christina Gray, the public health director at Bristol City Council, first indicated plans are afoot to open a testing station in east Bristol during a health committee meeting on August 19, although the exact location had not then been confirmed.

She said: “We’ve been working very hard to bring some testing sites closer to home.

“These sites are much more technical than you would think and there’s a whole lot of people who understand these things who are doing a lot of surveying work to get them up, and then we’re looking at other sites across the piece.

“They’re not quite as ‘pop up’ at the moment as perhaps we’d like them to be, but they’re developing the products and we are developing the sites to be able to bring them more into the city.”

Gray expressed her gratitude to all those people who were getting tested knowing it would be disruptive for them and their families, adding: “It’s so important that people continue to do that and understand that they’re really doing a fantastic civic service,” she said.

“Having a positive case and then isolating and quarantining is what we need to do to contain this.” 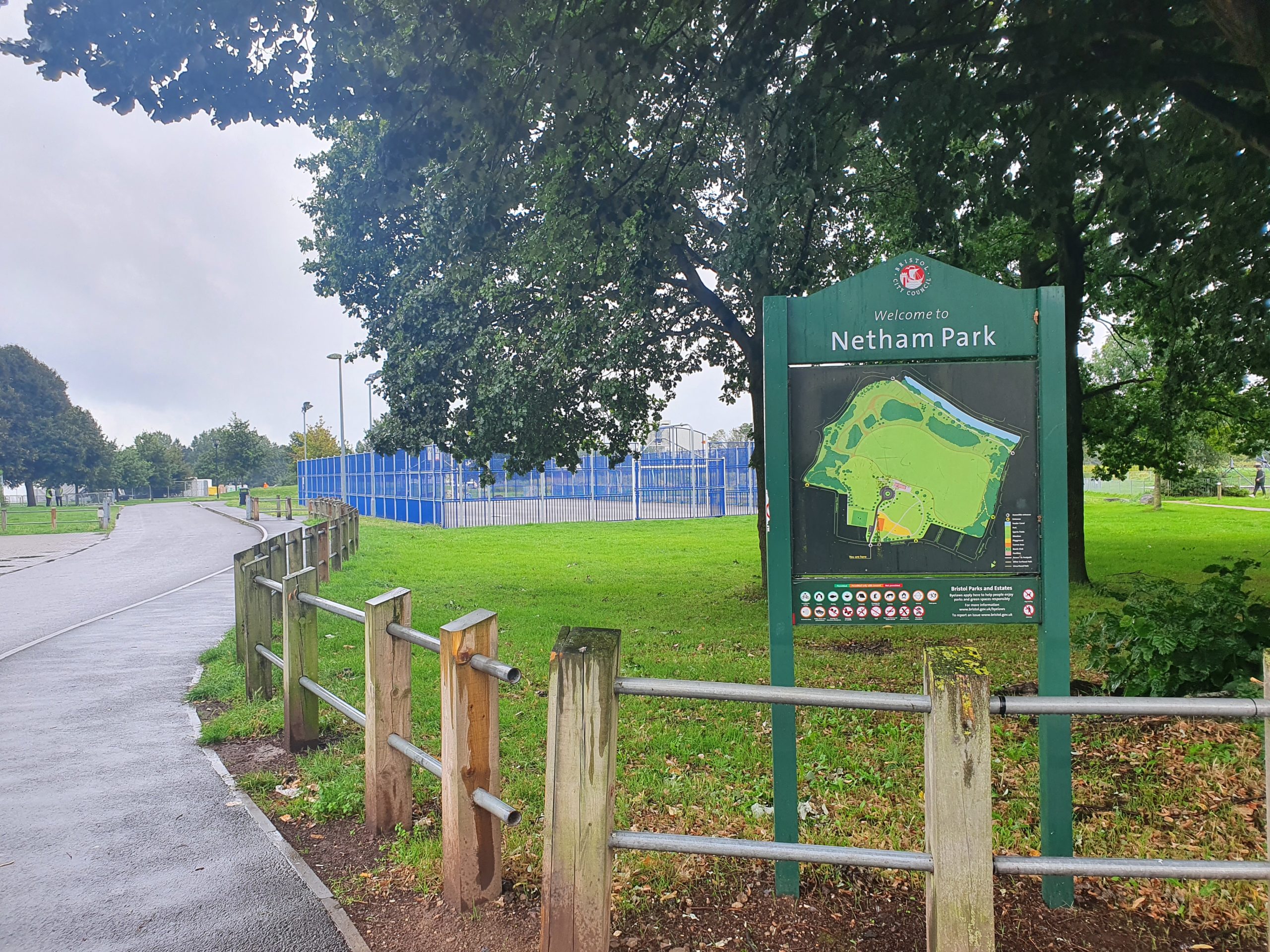 Residents have raised concerns about the facility being “sprung on them”