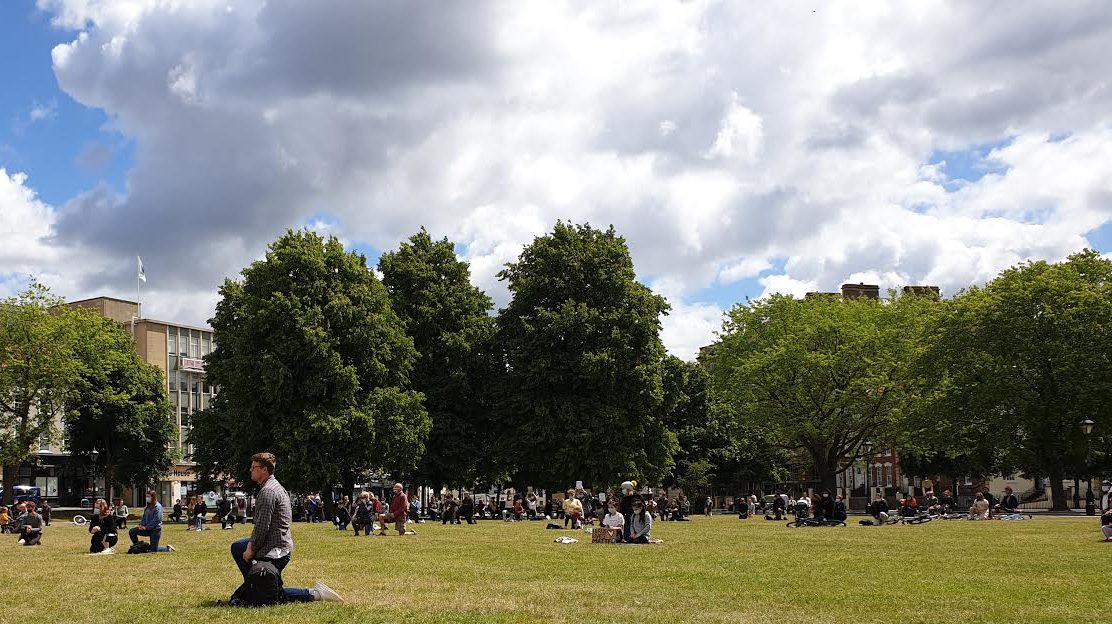 Hundreds of people “took the knee” as part of worldwide condemnation of George Floyd’s death in Minneapolis.

Held in memory of all the black people killed by police each year across the world, Bristolian’s copied the gesture created by Colin Kaepernick, a US footballer, in 2016.

Across the world, people “took the knee” for eight minutes and 46 seconds – how long a police officer’s knee was kept on the neck of George Floyd before he died.

Organised by as small group of young people, Heba Tabidi led the kneel.

A peaceful and silent act, the event was held not only in solidarity with protests in the USA, but also in direct response to the death of Belly Mujina, who died from Covid-19 after being spat at by a member of the public in a racial attack. Spat on while on duty in London as a railroad worker, the police have closed the investigation into the attack.

Social distancing measures were in place, with masks and antibacterial gel handed out. A Zoom meeting also took place, so that those who preferred to stay home could take part.

“People must no longer live in fear of state sanctioned violence. In Minneapolis and across the United States, violent protests are being implemented by those who will not be silent and will not stay calm any longer,” said the event’s organisers.

“We wholeheartedly offer our support to those fighters; we extend our hands to them in thanks for their bravery in the fight against police murder of black people.” 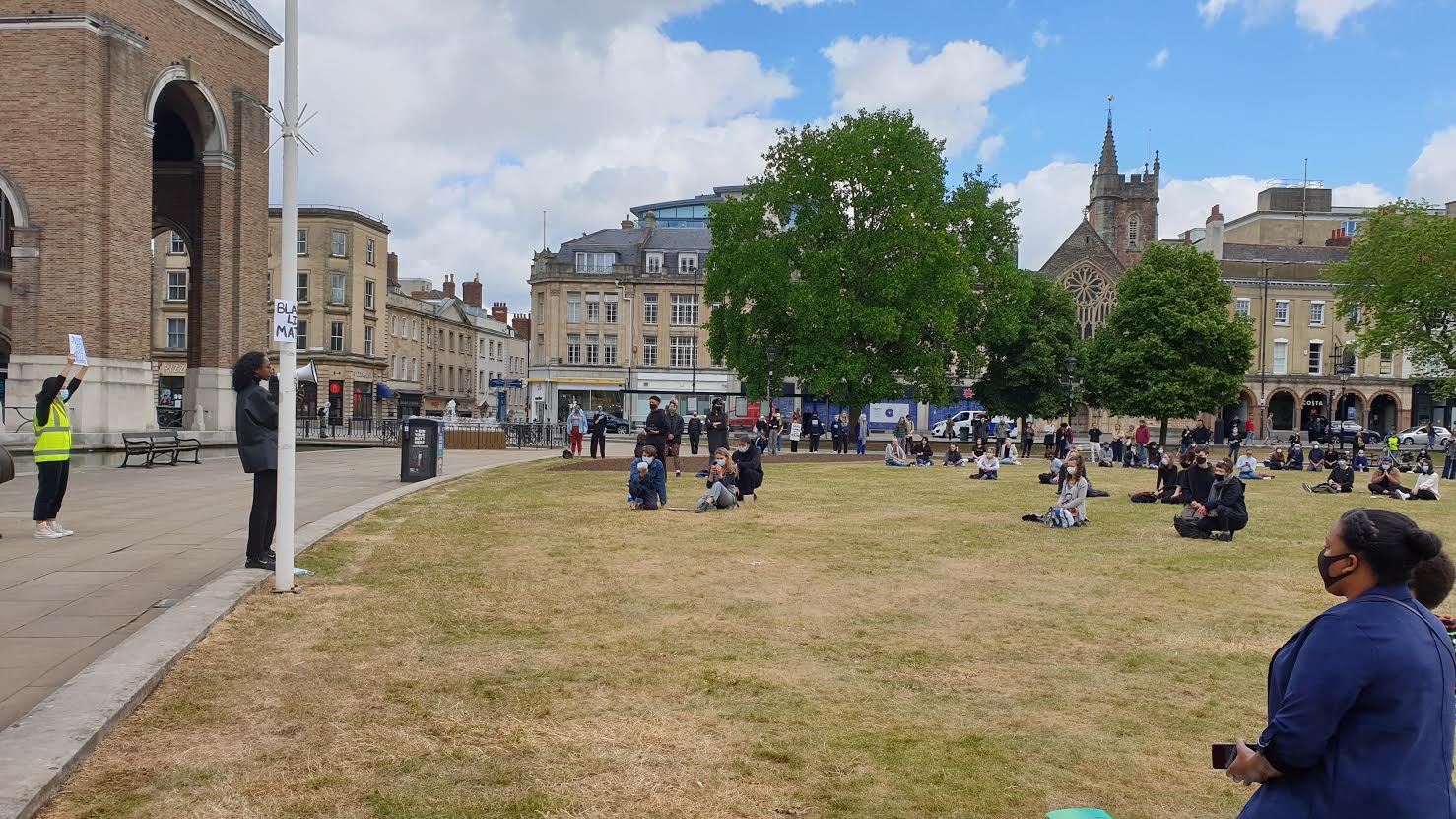 The kneel ended with a speech from Tabidi, who denounced racism in the USA, UK and Bristol, and spoke of the effects that systemic racism have on black people in the city, from gentrification in Stokes Croft to police bias in the east of the city.

All photos and videos: Lowie Trevena