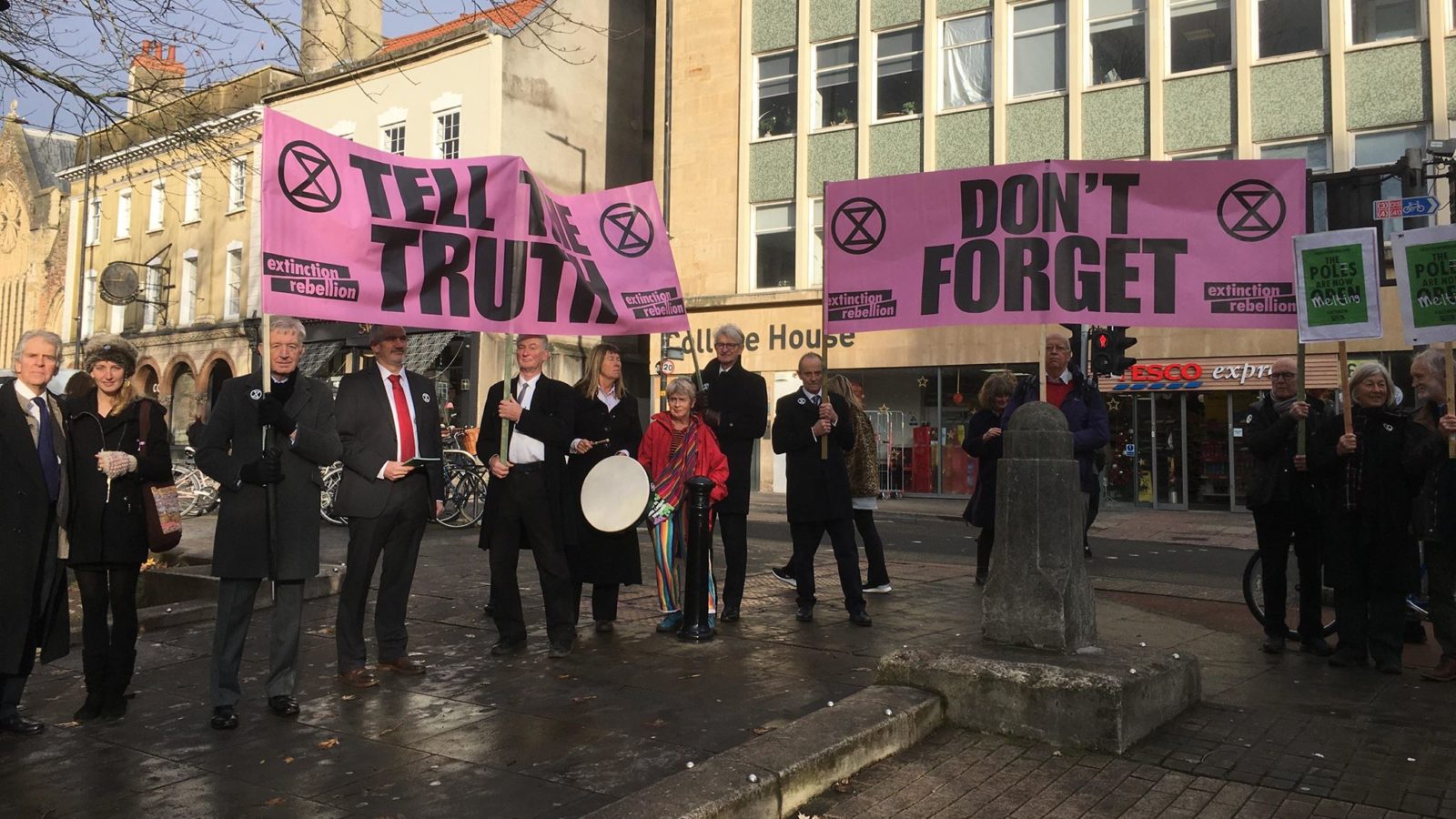 During the morning of Wednesday, December 11,  Extinction Rebellion protested for action on the climate crisis

Holding the protest at the bottom of Park Street, the protesters were members of Affinity, a group within Extinction Rebellion formed of older activists. Many of the Affinity activists have held senior roles across Bristol, such as Alastair Sawday, head of  the travel company Sawday’s, based in Bristol.

“Protest has until now been led largely by younger generations,” said Sawday, who led the protest. “It is our turn to stand up and be counted. This is just the beginning.”

Despite the protest being peaceful and not disrupting the traffic, the beat of the group’s drum was met with the honking of car horns. One passer-by said that he didn’t understand what the group set out to achieve. 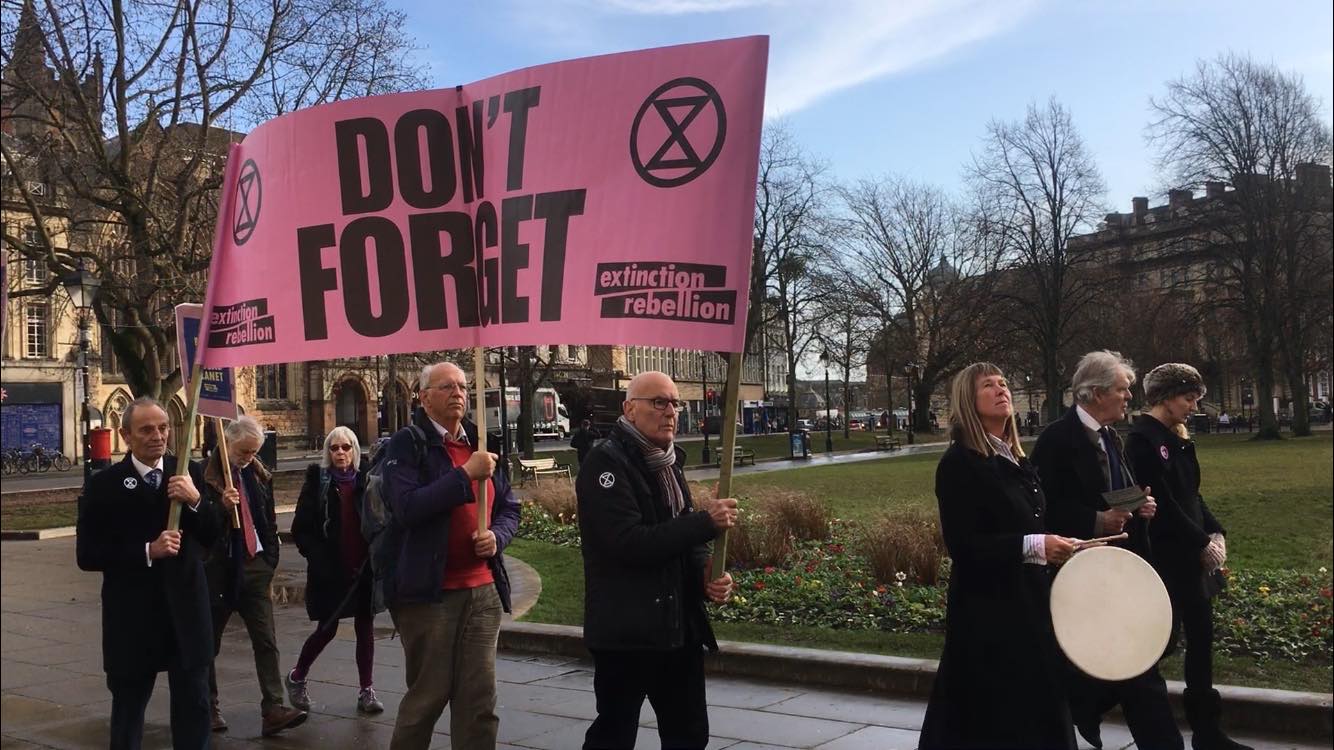 Affinity protesters took to the streets ahead of the General Election

Affinity wanted to demonstrate the engagement of older generations in the climate crisis and hope that the protest will influence voters for tomorrow’s election.

“The reason we are doing [the protest] is because the average age of our participants is around 80 and we are well aware that the climate emergency has been created in a large part by us,” said Christopher Martin, one of the protesters.

“We’ve all got children and grandchildren and they are going to have to clear up the mess that we have left and we can’t just sit on our thumbs and allow them to do the hard work.”

Anneka Sutcliffe, an active member of Extinction Rebellion, highlighted the movement’s desire to further increase their inclusivity. Anneka says the movement is doing this by “building resilient communities, coming together and acting with love”.