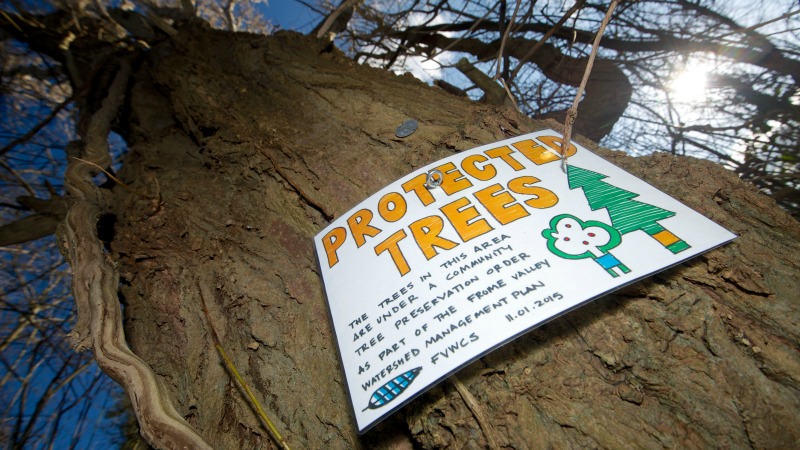 Environmentalists have been told by a court that they must leave a site in Stapleton which they have occupied for the past 12 days.

In an effort to save land at Stapleton Allotments, which has been earmarked for the MetroBus scheme, protesters scaled several trees on the land and erected tree-top canopies.

However, Bristol City Council, which owns the land, went to the High Court to evict the protesters and won an possession order.

Supporters of the scheme say MetroBus has been designed to get more people using public transport and will cut journey times, but Rising Up Land, who organised the protest, claim the land is some of the best agricultural soil in the country and should be saved from development.

In a statement Rising Up said: “People on the site off Frenchay Park Road are preparing for an imminent  eviction, that could take place this evening (Thursday) or tomorrow morning.

“Flood lights have been put up on the adjoining allotments and bailiffs are expected to arrive anytime.  Tree protectors are still in the trees and have no plans to leave.”

A Bristol City council spokesperson said: “Given the continued presence of protesters on the council-owned Stapleton Allotments site, a possession order has now been granted by the court.

“We are aware that those on site include both passionate, local campaigners wishing to enact their right to peaceful protest, but also others who we believe may hold very different intentions.

“We will now proceed in a timely manner in order to bring this situation to a conclusion so that we can move ahead with the MetroBus project and provide a cleaner, greener transport solution for Bristol and the West of England.”

The MetroBus scheme involves three routes across the city which all have planning approval. The routes are Ashton Vale to Temple Meads, Cribbs Causeway via Emersons Green to the city centre and South Bristol link between the A370 Long Ashton bypass and Hengrove Park.