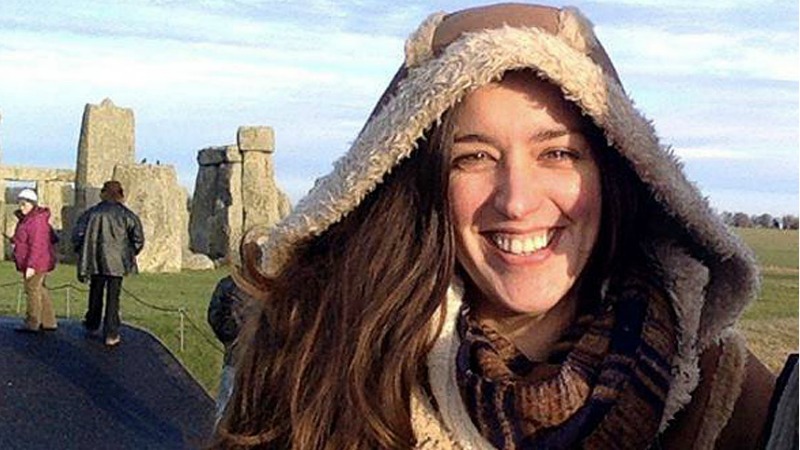 The mother who jumped to her death with her newborn baby after leaving hospital in her t-shirt had stopped taking anti-psychotic medication a month before, an inquest heard.

Charlotte Bevan, 30, who long suffered from mental health problems and had attempted to take her own life before, stopped taking risperidone, which she feared would affect her breastfeeding.

CCTV showed Charlotte walking out of St Michael’s Hospital at 8.36pm on December 2 last year in just a t-shirt and slippers with her four-day-old baby Zaani Tiana Bevan-Malbrouck wrapped in a blanket.

She was last seen on CCTV walking across the road near the Clifton Suspension Bridge toll booths at 9.06pm – almost ten minutes before staff at the hospital raised the alarm she was missing. Her and her baby’s bodies were found on the cliff face the following day.

On the first day of an eight-day inquest, it was heard that Charlotte had led a troubled life since the death of her father from a brain tumor when she was 15. In a statement, her sister Janet Tibbs said Charlotte suffered bullying at school around the same time as her father died.

She added that Charlotte began skipping school and smoking marijuana before she had her first psychotic episode, where she began hallucinating after she had been at a festival, which led to her being sectioned for the first of a number of times.

Charlotte’s mother Rachael Fortune and GP Dr Ahmed added that they were aware she used ketamine, LSD, MDMA and ecstasy.

She was first prescribed risperidone in 2008 which kept her stable. But she relapsed various times, attempting to take her own life at her lowest points – once by stabbing herself in the chest and once threatening to jump from the M32 bridge.

The Avon Gorge, where Charlotte and Zaani’s bodies were found a day after she went missing

She was said to be stable and “happy” in the final months of her pregnancy after a rocky period with her partner Pascal, involving an allegation of sexual abuse which was later dropped.

But Pascal said that when the baby was born he found out Charlotte had not been taking her medication for about a month.

“When she was taking her medication Charlotte was very caring and very joyful. She was very strong and very creative,” he said.

He added that after the birth “you could see she was more and more unresponsive. She wasn’t eating. She didn’t talk so much. She wasn’t sleeping. She was exhausted.”

He said he raised concerns about her physical health with midwives and nurses. He also said he was worried there wasn’t a car plan in place in case of a psychotic episode. “To my belief the plan didn’t work,” he said.

After visiting in hospital, sister Janet said: “She looked sketchy and on edge. I came away concerned.” She added: “I never thought in a million years she would hurt her baby.”