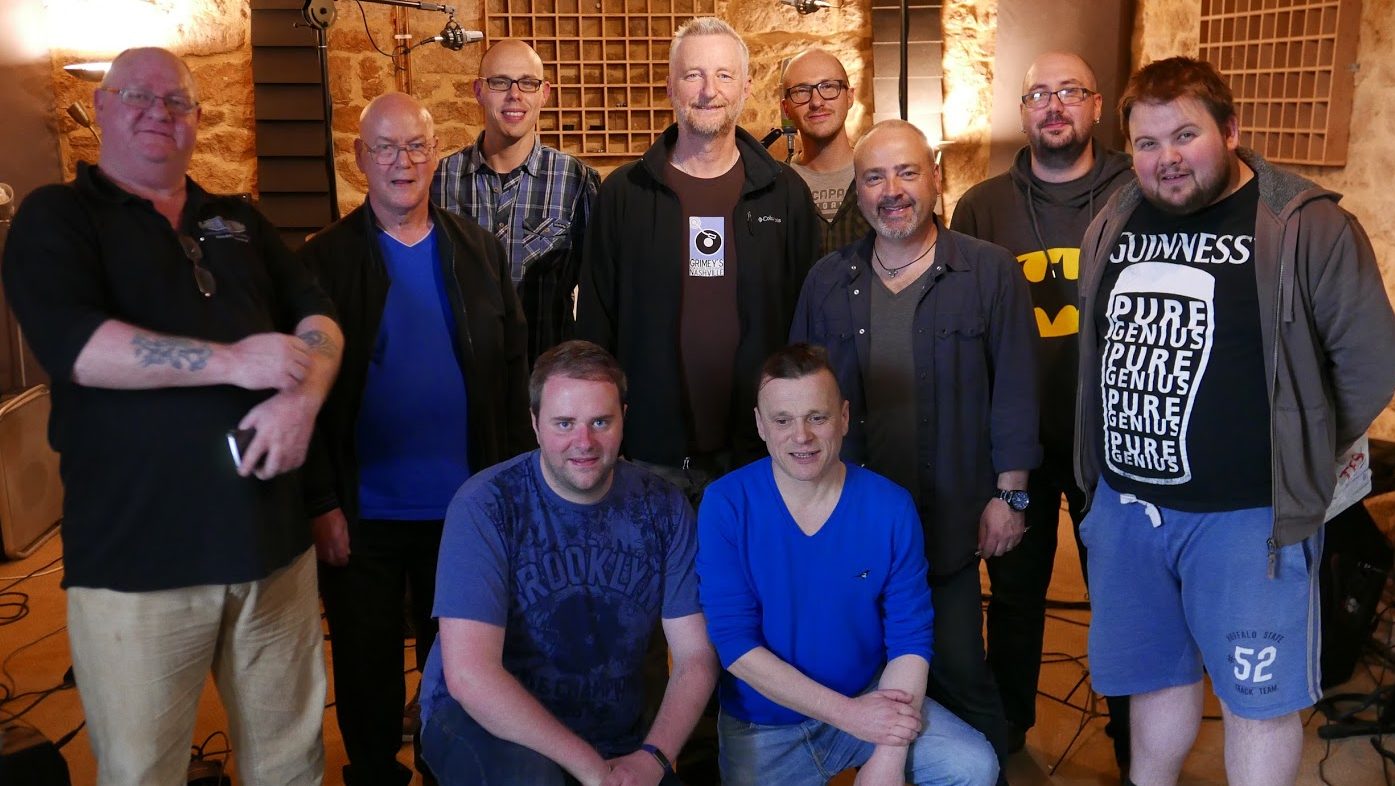 Bristol24/7 has been given exclusive access to a recent recording session with Billy Bragg and musicians from Changing Tunes, for a special album to celebrate 30 years of the charity that helps prisoners turn their lives around.

Hidden at the bottom of a long, winding, bumpy road, somewhere in the heart of the countryside, near Bath, the setting is a quintessentially English one.

Delicate pink flowers cover the side of the picturesque farm house and within a large stone walled outbuilding that has been converted into a state of the art recording studio by drummer Charlie Grimsdale, of Funnel Music, a group of musicians are working intently on a song.

Like many bands, the men have a shared past. The only difference here is that they are all ex-prisoners, who have done several decades of time between them and got caught up in the system, but – against all odds – managed to move on and find a new purpose in life.

That purpose was music and the musicians are waiting for singer and activist Billy Bragg to join them for the recording of a song that will be released as part of an album to celebrate the 30th anniversary of Changing Tunes, a Bristol-based charity that each of them credits with helping them turn their life around.

The album will also feature songs specially recorded by stars Frank Turner and Seth Lakeman, and its release later this summer will showcase the charity’s work before a wide, mainstream audience for the first time ever.

Billy Bragg on why he got involved in making the album:

“Changing Tunes is something where there is no judgement and no bias, you just play music together and people can move on with their lives,” says Davie, 28, who along with his bandmates and Bragg, wrote the song about freedom and change.

The youngest member of the group continues: “Going into prison was probably the hardest thing I have ever had to do. In prison, the Changing Tunes sessions were an escape from the world that is prison and on the outside it’s still an escape, but there is also a family element. It’s a common ground for people who have been in prison.” 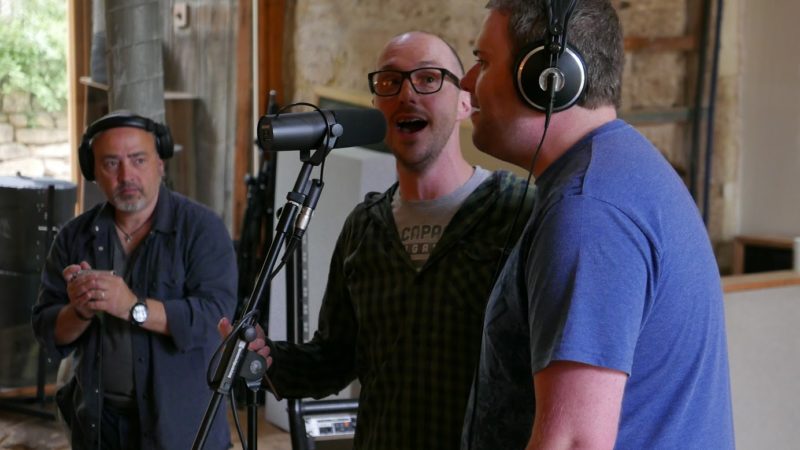 Watching Bryan, 65, channel his energy into the music, it is hard to believe he was once a violent criminal who got caught up in paramilitary action and spent a total of 25 years in prison.

“It was the Irish trouble back in 1974 that it all started for me,” he says, speaking candidly about his past as the band pauses for a quick sandwich break.

“I was living in Belfast at the time. A lot of my friends were killed by the IRA and then I got involved in paramilitary action.

“When I went into prison, I was going to commit suicide – I lost my business and my family. Then I became a Christian in prison and then started playing with Changing Tunes. They have been really supportive. It really helped me get my head together.

“I’m a much better person than I was. I’m just happy to be here really.”

Vincent’s story could easily have ended very differently – and almost did. The former heroin addict did a stint inside for supplying and knows how it feels to be at rock bottom, but now at 55, he is eight years clean and has a job with substance misuse services.

“It was hard work but to be honest, once I stopped doing drugs. Life got a lot easier,” he says.

“It kind of shows how we all have this creativity within us and we need the time to develop it and make sense of it all.

“Being involved with Changing Tunes helped me a lot. It was just nice to have people on the outside, it would not have mattered if they were prisoners or not. The band sessions were something to look forward and something to give me some kind of hope. “

Break over, it’s back to work recording, as Gareth Hamer, operations manager for Changing Tunes, oversees the session, giving encouragement and tweaking instruments here and there. 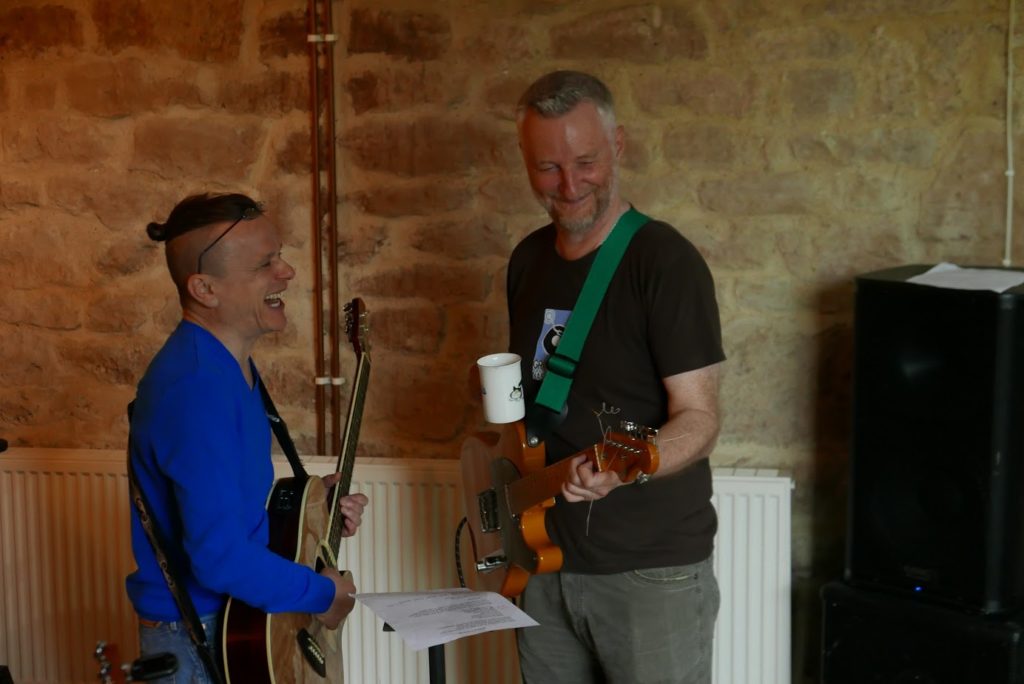 Vincent has a laugh with Billy Bragg mid-recording

The arrival of Bragg moves things up a notch – the star has already spent a session with the band helping them pen the song they are about to record – and now its crunch time.

Taking the session as seriously as if it was one of his solo recordings, Bragg is focused on the task in hand and intent on getting the sound right.

The singer launched his own initiative Jail Guitar Doors which provides instruments for people in prison and says he feels Changing Tunes is doing the same sort of positive work which is why he came on board.

“I believe that song writing is a way of allowing people to deal with the challenges that they face. It’s a form of therapy,” says Bragg.

And here’s a sneak preview of one the practise sessions:

Explaining a bit more about the charity’s work, chief executive of Changing Tunes Lizzie Bond says: “In some ways, our sessions are like the antithesis of prison. We are always on the side of rehabilitation and prison is a place where that is not always encouraged, it is often more about punishment and regime and then they are expected to go out into the real world.”

It was 30 years that Changing Tunes founder Richard Pendlebury ran his first music session in Horfield Prison and the big concert in October will celebrate its enduring success in helping people turn their lives around.

Help is still needed to make the album a reality. A crowdfunding campaign will be launched on Kickstarter in July where you can pre-order a copy of the album and receive some unique rewards. To find out more visit www.changingtunes.org.uk/subscribe/.