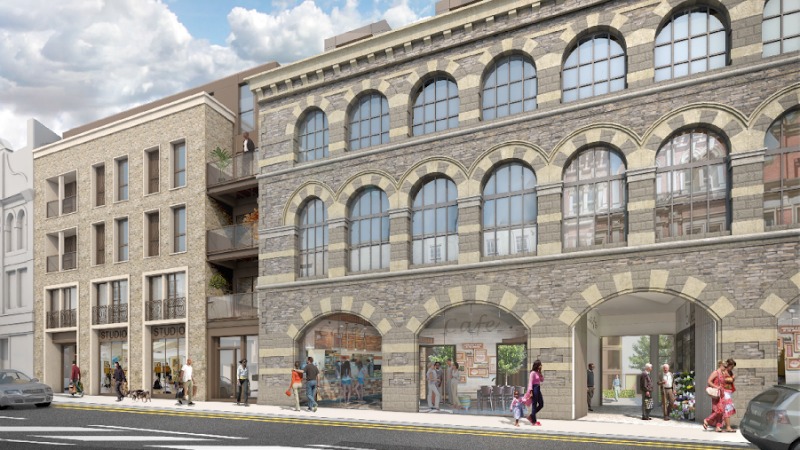 Revised plans for the redevelopment of the Carriageworks site on Stokes Croft has been recommended for approval by planners.

The initial decision over a new complex of flats, shops and cafes was deferred by councillors in April amid concerns about access and affordable housing.

New plans, which now include 112 new homes, an entrance to an open courtyard from Ashley Road and an increase in affordable houses to 10 per cent, will go before councillors again on October 14.

The buildings have been derelict for about 30 years

The plans, put forward by Fifth Capital London, have already been given the blessings of local campaigns Carriageworks Action Group (CAG), who say the new designs are “worthy of their support”.

October’s decision will follow months of toing and froing between the developer, architects and local groups who met regularly to discuss updates in Stokes Croft.

Although affordable housing has been increased from eight to 10 per cent, some doubts still remain – given the council’s own policy suggests a rate of 30 per cent.

The planners full recommendations can be found on the council website.