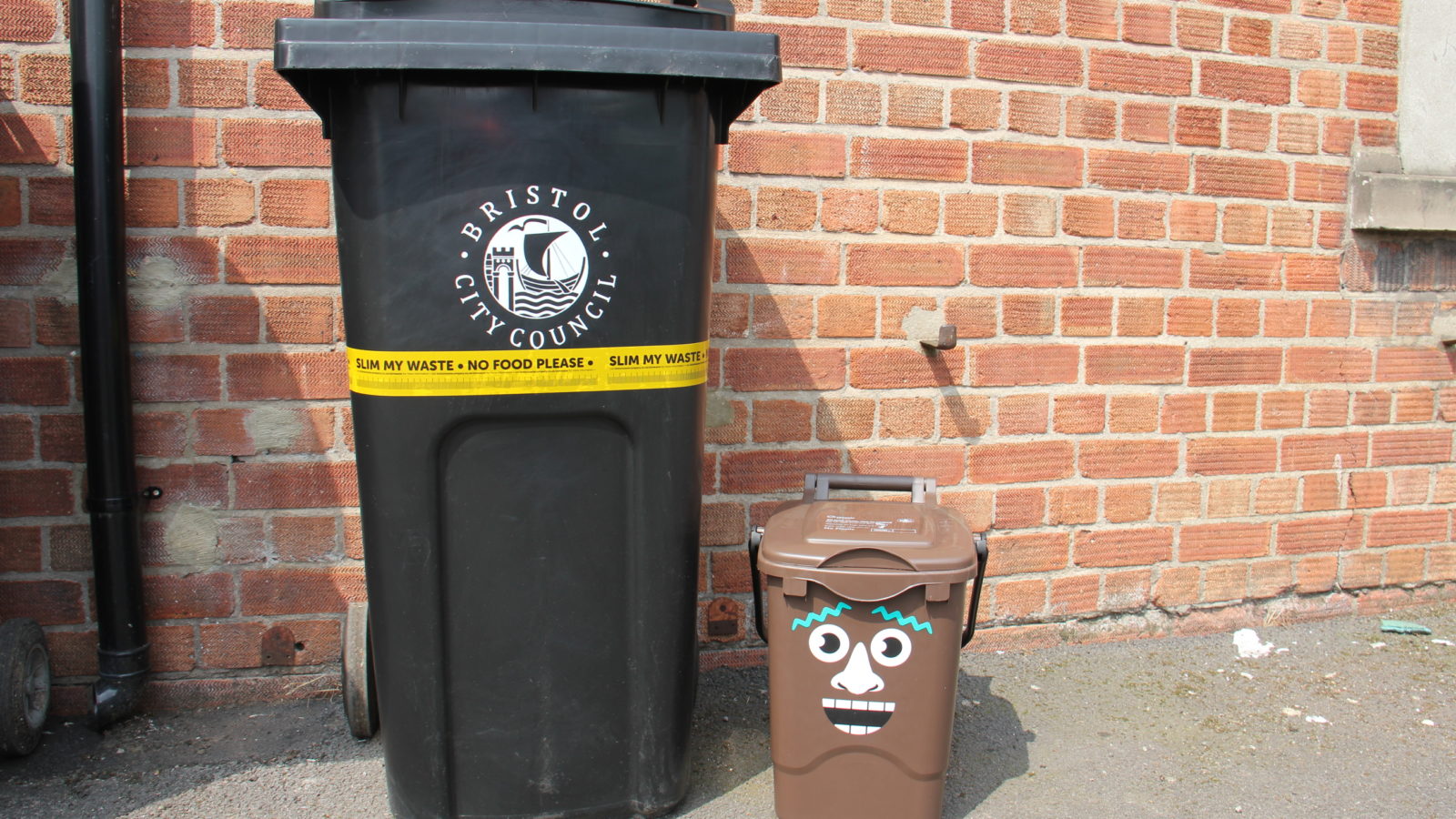 Bristol Waste’s inventive campaign Slim My Waste – Feed My Face launched in June after a successful trial in Hartcliffe.

Now rolled out across the city, the campaign has now become one of the most successful domestic food waste behaviour change campaigns around the UK, making Bristol a national leader in this area, winning three awards so far in the process.

As a direct result of the campaign there has been:

The campaign recently won Best Recycling Project (Public Sector) at the Waste2Zero Awards which now sits alongside their National Recycling Award and Marketing Campaign of the Year award.

Residents were sent information packs containing cartoon stickers to spruce up to their brown food waste bins, whilst the general waste bins were put on a ‘No Food Diet’ and taped around the middle with yellow measuring tape.