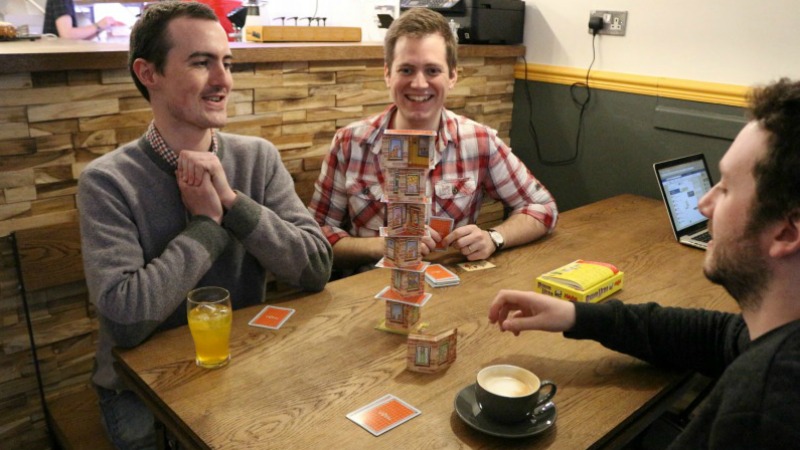 In that most modern of ways, Richard Scarsbrook and Luke Neal met on a Reddit sub-forum. Richard was researching for his dissertation on board game cafes and Luke was in the process of setting one up. The pair immediately hit it off, and within a few months Richard had moved to Bristol to help Luke open Chance & Counters at the bottom of the Christmas Steps.

With Luke’s childhood friend Steve Cownie, the trio are now working full-time in the cafe. Only the third of its kind in the UK, it currently has 300 games, all new, with many on Monday afternoon still to be removed from their wrappers. In total, it has space for 1000 games as well as the opportunity to road test new prototypes. 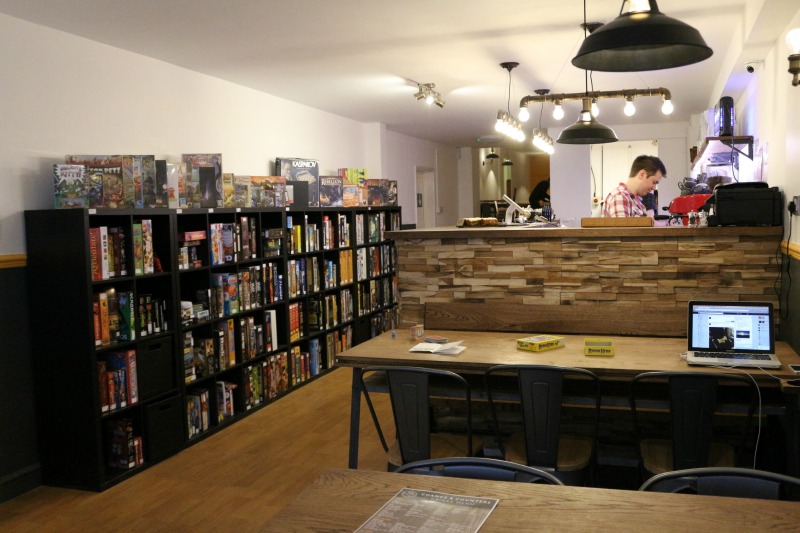 On the shelves arranged from easy to hard, I spot Monopoly and Cluedo among a myriad of titles. The Chance & Counters team say that they have nothing against these timeless classics; they just have employed members of staff known as ‘gurus’ who will be more than happy to point you in the direction of a new game with names like Dominion, Alchemist and Survive that they think you might like depending on your own personal tastes.

Unlike Monopoly where “to win you have to basically piss everybody else off at the table by beating them” explains Steve, the modern style of board game tends to be less adversarial and more collaborative.

The business model here sees non-members paying £4 to play any of the games, with two levels of annual membership costing £20 for standard and £50 for premium, with reduced entry fees. For serious board gamers, it’s a chance to play games they might later pay approaching three figures to have in their own homes.

And not many homes have their own gaming furniture, with Konk in Bedminster making bespoke gaming tables which have a second level underneath the table top where any detritus can be stored to leave the playing surface clear. There are special grooves where a wooden coaster can slide balancing your drink from a fine selection including Psychopomp gin and Pilton cider, with even the food aiming to be “one-handed” to best accompany gaming: the likes of platters, paninis and baguettes.

“We want this place to feel comfortable whether you are a seasoned board game player or want to come in for a cup of coffee and a cake,” says Richard.

For Steve, board games act as “a social lubricant, providing a great way for friends to enjoy their time together” in a city that he believes is perfect for this business: “We always knew this would work in Bristol. It’s got the right atmosphere, people are up for spending more time with each other than in any other city I have ever known. The community here is fantastic.”

Richard believes that in the next few years there will be dozens more board game cafes opening across the UK as the community continues to grow rapidly. He is just explaining why when he is called away to explain the rules of one game from their collection to a new customer, Bristol’s first board game cafe now very much real and no longer just the subject of an internet discussion board. 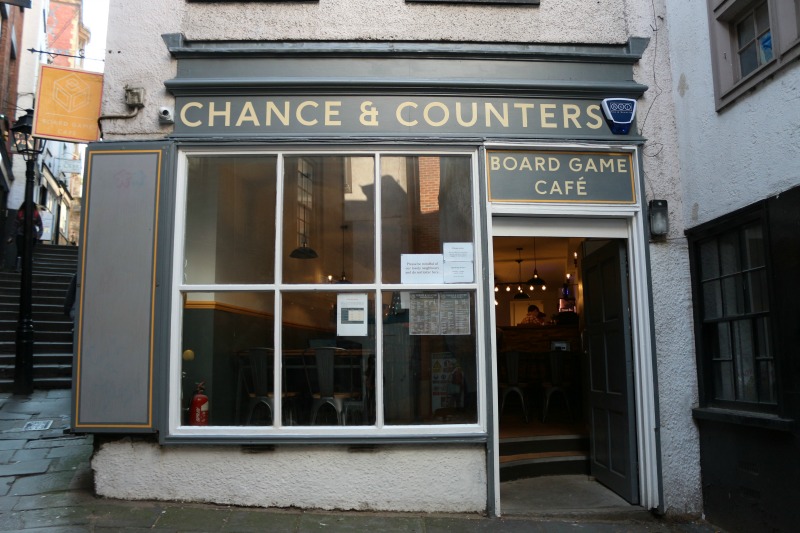