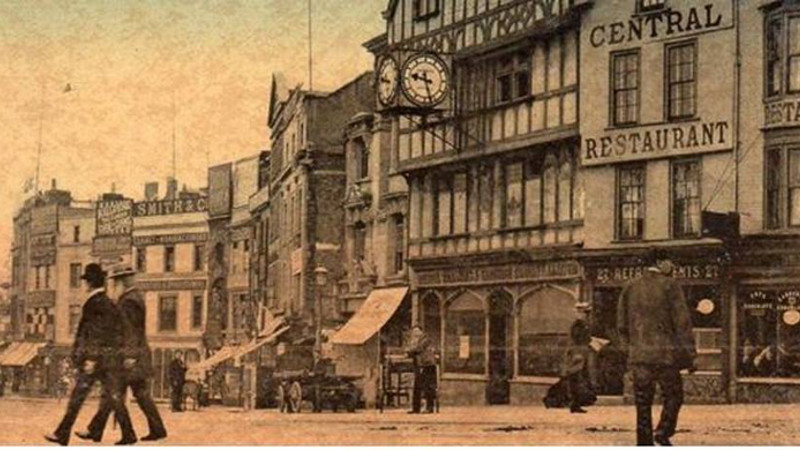 A Facebook group of more than 20,000 members dedicated to showcasing the history of Bristol through photographs is celebrating its first birthday today.

Bristol Then and Now was created by James Stafford Little and matches photos of Bristol’s past with the present day, offering fascinating glimpses into the city’s story.

Little sources old photographs and then takes a new picture from as close as possible to the original location.

The Facebook group has become a big success, with 20,838 members, and more than 80 birthday wishes from fans within the first three hours of the group’s birthday.

“Seems like only a year ago that I started this group and never for a second would I thought it be so popular,” Little said.

“Then and Now projects are by no means a new concept but I truly believe that our site is the most professional and has the brute force of all of you to provide accurate historical information as a collective mind.

“I, like many of you I wager, wander around our great town with new eyes seeing long gone buildings and scenes of which are no longer there. If it were not for this group those moments in time would be lost in that bottom drawer of Auntie Bett’s cupboard never to be seen again.

“So thank you Bristol, my babber, for stepping up and keeping the spirit of our great city alive, keeping the past in the future and the then in the now.”

Among the congratulatory messages posted was one from Dave Massey who said the site had helped him track down old acquaintances and family archives.

“It’s a stunning success story, and based on such a simple idea. A great deal of knowledge has been gained, fun had – even came across a couple of people from days gone by – and pics ‘saved’. The biggest bonus and surprise was coming across a film of the suspension bridge that my late uncle had co-filmed that I (and my father) never knew about! Well done!”

Maggie Hughes meanwhile added: “Wonderful site for historical detail, reviving memories, and also renewing lost friendships/acquaintances, not to mention raising awareness of past re-development horrors which might go someway to avoiding future ‘horrors’. We can but dream!”

Find the Bristol Then and Now Facebook group here…