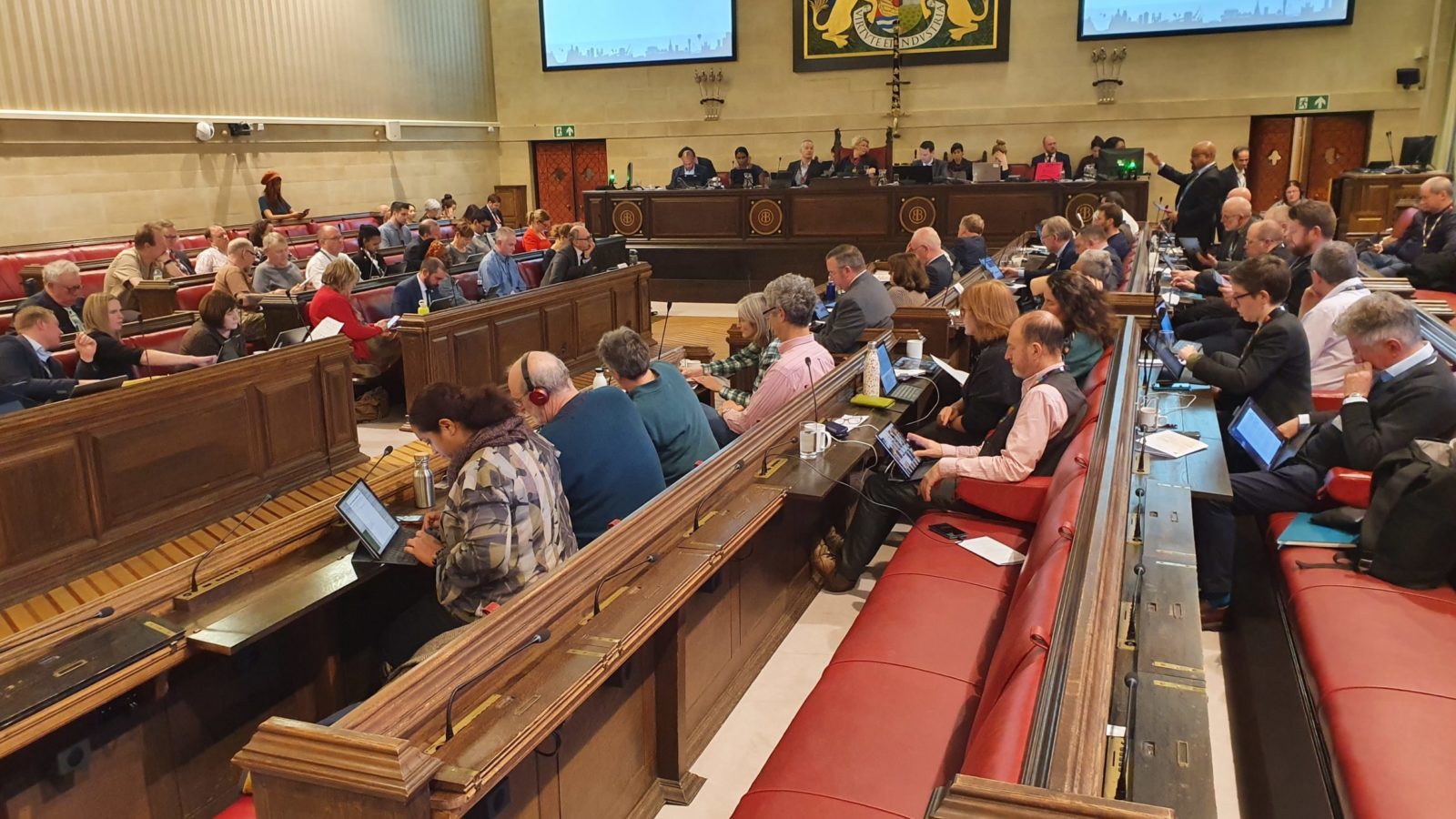 Marvin Rees said his “no new cuts budget represents an investment in hope” in the face of what he called “unprecedented political turmoil”.

The fourth and final budget meeting of the mayor’s term in office was a far cry from the first in 2017, which was halted by protestors and ultimately passed more than £100m of cuts as the administration tried to plug a £108m hole by 2023.

Fast forward four years and Labour’s plans for how to allocate £395.7m of public money over the next 12 months passed with comparatively little opposition on Tuesday. The plans include a 3.99 per cent council tax rise, half of which will be ring-fenced to help pay for adult social care, and no new cuts.

That’s not to say the five-hour-long meeting in City Hall was devoid of disagreements.

The Tory group leader raised concerns about elements of the budget allocation, blasting funds for a mass transit system as “unachievable”, while the Greens remonstrated the “lack of urgency” on tackling the climate emergency and the Lib Dems accused the mayor of prioritising funding for “Bristol Energy and spin” over the needs of vulnerable people.

Each of the opposition groups put forward amendments, all but one of which were voted down by the chamber.

Read more: How each party in Bristol wants to spend council money

The revenue element of the Green amendment was voted through, allocating £30,000 for a feasibility study into a workplace parking levy and £100,000 to hire apprentices and upskill council workers to make green improvements to infrastructure, such as boilers.

Cabinet member for housing, Paul Smith, argued that a Labour amendment to raise council rents by 2.7 per cent was necessary to meet the huge pressures in housing, including safety measures, increasing cost of repairs and reaching carbon neutrality.

“This brings £260m of investment into existing and new council housing,” he told the chamber. “Nobody here wants to raise rents, but council housing is self-subsidising. If we freeze rents, we are cutting the service.”

The “surprise” amendment comes despite Rees proposing a freeze in his 2020/21 budget. Smith said it was submitted as an amendment due to the “soul searching” among members that took them past the deadline.

It will amount to a rent increase of £2.66 a month, which will be covered by central government for the 64 per cent of tenants in receipt of universal credit or benefits. It was voted down by the Tory and Lib Dem groups but ultimately passed with a majority vote. 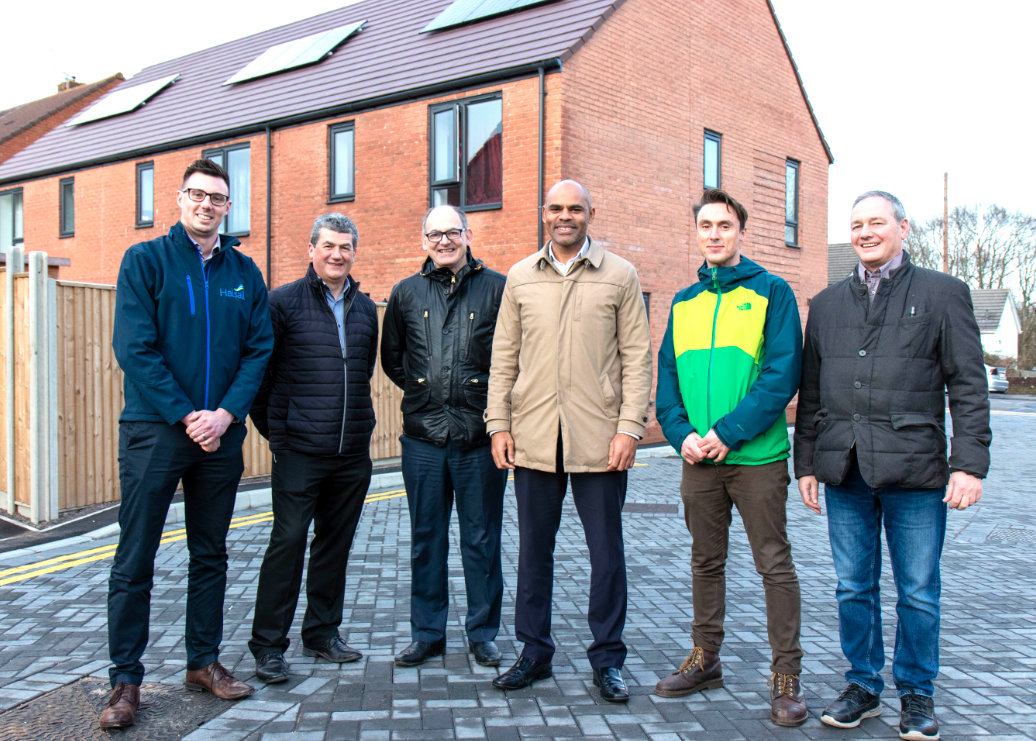 The council’s ambition is to accelerate the delivery of new housing over the next five years, creating 1,000 new homes through various delivery routes, including both brownfield sites and new builds. Photo: Bristol City Council

A rare moment of cross-party unity came as Jude English, a Green councillor for Ashley ward, backed the rise, saying she appreciated it’s a difficult decision to make but that she trusts Smith to do the right thing. English added that she hopes young people in her ward will benefit from improved council housing.

Geoff Gollop, a Tory councillor and chair of the scrutiny committee, raised concerns about the impact of a confidential paper relating to Bristol Energy which is set to go before cabinet as an exempt item next week, branding it “appalling” that there was no mention of it in the budget report.

Council officers gave assurances that contingency risk reserves are in place to respond to the mystery matter which they said would not “materially affect the budget”.

Presenting the budget on Tuesday, Rees said he was proud to bring “an ambitious and fiscally responsible budget” to full council, calling it some achievement in the face of “unprecedented political turmoil”.

Deputy mayor Craig Cheney called the budget “an ambitious vision of actions for the future up to 2050”, saying it “prioritises frontline services”, while continuing to build a better city for everyone regardless of their background.

Leader of the Green group Eleanor Combley argued you don’t have to look far to see the impact of Labour early cuts already, saying the 2021 budget is only viable because of the one-off £18m pot from central government.

Combley added: “For me, the other gaping hole in this budget is action to tackle climate emergency.

“Where is the sense of urgency to tackle climate change? After years of talk with no action from politicians, Bristol is crying out for practical answers to the city’s problems. So where are the big ideas to unstick our transport system and get our city moving again?”

Leader of the Conservative group, Mark Weston, said “not everything in the budget is wrong”, before raising some of his concerns, arguing that continuing to put money into the council-owned Bristol Energy is like playing roulette and hoping it will land on red.

Leader of the Lib Dem group, Gary Hopkins, went one further in his damning assessment of the current administration, arguing it is “ludicrous” to spend money on feasibility studies for the mass transit system when “we can’t even get the buses right”.

“We can only hope it’s the last budget from this administration,” said Hopkins.

“The disgrace left by previous mayor in terms of unbalanced budget has been overtaken by Bristol Energy. This mayor prefers to shovel money at Bristol Energy and the spin machine and let vulnerable people suffer.”

Saying he welcomed concerns, but also needed opposition councillors to come forward with their ideas, Rees called it “a wicked time to be in local government” as he spoke of his pride at passing a budget that he says “represents an investment in hope”.