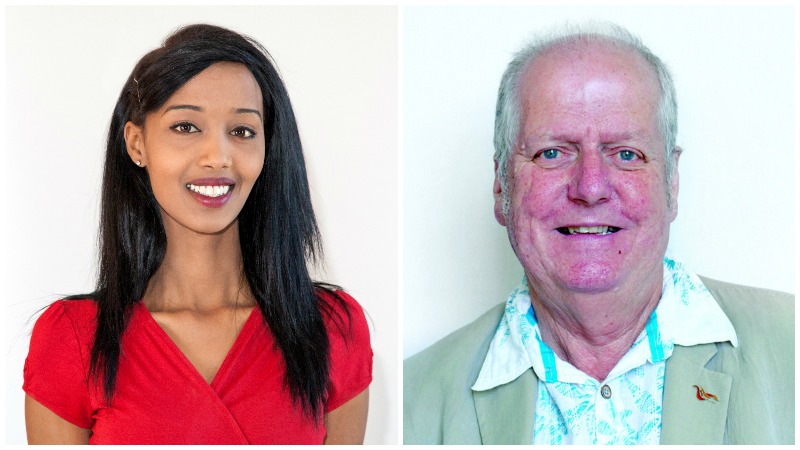 Two more Labour councillors and one prominent activist have been suspended by their party as concerns grow over the increasing influence of Momentum across Bristol.

Councillors Hibaq Jama and Mike Langley, and long-standing campaigns officer for Bristol West, Andy Burkitt, have all been banned from voting in the leadership election.

They join Brislington West councillor Harriett Bradley, who was suspended earlier this month.

The suspensions, which have been called a “purge” by Jeremy Corbyn supporters, come as Channel 4’s Dispatches were due to air footage on Monday showing a key member of Momentum claiming the organisation is “taking over” the Labour Party in Bristol.

In the undercover documentary, The Battle for the Labour Party, Paul Klug, a national organiser of the grassroots movement which supports Corbyn, says after a visit to Bristol: “They are taking over… They’ve taken all the CLPs [Constituency Labour Parties] in the area. They’re completely, like, running the Labour Party.”

Meetings about deselection are also discussed in covert footage:

The suspensions leave Labour with 34 councillors in City Hall – one below what is needed for an overall majority.

The Labour Party’s South West office said it could not confirm details surrounding suspensions due to data protection.

Langley, councillor for Brislington East since 2011, told Bristol24/7 he had been emailed by the party but had not been given the reasons for his suspension. He added that he did not know why he had been banned.

Bristol24/7 has been unable to contact Lawrence Hill councillor Jama, the council’s first Somali-born councillor when she was elected in 2013.

Last month she shared a platform with Corbyn at a rally where she strongly criticised Bristol West MP Thangam Debbonaire for her comments over refugees.

“Her words are appalling. Her language was irresponsible and it was downright dangerous,” Jama told the rally on College Green.

Burkitt was also unavailable for comment. Sources told Bristol24/7 that he had been censured for offensive comments on social media against the city’s MPs and portions of mayor Marvin Rees’ cabinet who are supporting Owen Smith’s leadership challenge.

Bradley was also suspended over comments on social media.

One source close to the Bristol West CLP said: “Years of service and hard work does not give you licence for personal attacks and abuse.”

But Debbonaire, who has been openly critical of Corbyn, was quick to jump to the defence of Burkitt, who campaigned hard for her election in 2015.

She said in a Facebook post: “We all know he works tirelessly for the Labour Party and for many many candidates including me. Last year in the general election, mayorals and many council elections, the Burkitt wheels have transported campaigners and street stalls and Andy has phone banked and doorknocked day and night.

“He has helped numerous candidates with leaflets and moral support as well.

“I am sure everyone will agree we are in a mess with suspensions. The NEC is the final arbitrator. I hope that people will keep faith with the Labour Party and appeal when decisions are wrong.”

She added: “I hope that we can all work together to come together as one Labour. The country needs this and I will do everything I can to help.”

Public meetings of the Bristol West CLP remain suspended following a heated meeting which was described as “brutal” by Debbonaire who claimed she had been a victim of abuse.

Momentum supporters were also blamed for making the meeting “toxic”, although conflicting accounts of the meeting seemed to dismiss this theory.

Burkitt could not be reached for comment on Monday.

Commenting on his suspension, Bradley said on Facebook: “I am afraid the motives of the suspenders are not good. This is an attempt to rig the vote.

“Thangam, I most sincerely hope when this election is over we in Bristol Labour can come together to heal the wounds. I am so pleased to see your support for the exceptional contribution of Andy Burkitt.”

The chair of Bristol West CLP was not available for comment.

Bristol24/7 also contacted Momentum Bristol, but they declined to comment.

A Labour Party South West spokeswoman said: “The Labour Party has a robust validation process for all votes to ensure every vote cast is eligible in keeping with the Labour Party rules. Decisions about individual members are taken by the NEC.

Bristol Labour’s office for local councillors said the suspensions meant councillors have automatically had the whip removed by their party group, pending an investigation.

Read more: Labour councillor ‘in the dark’ over suspension