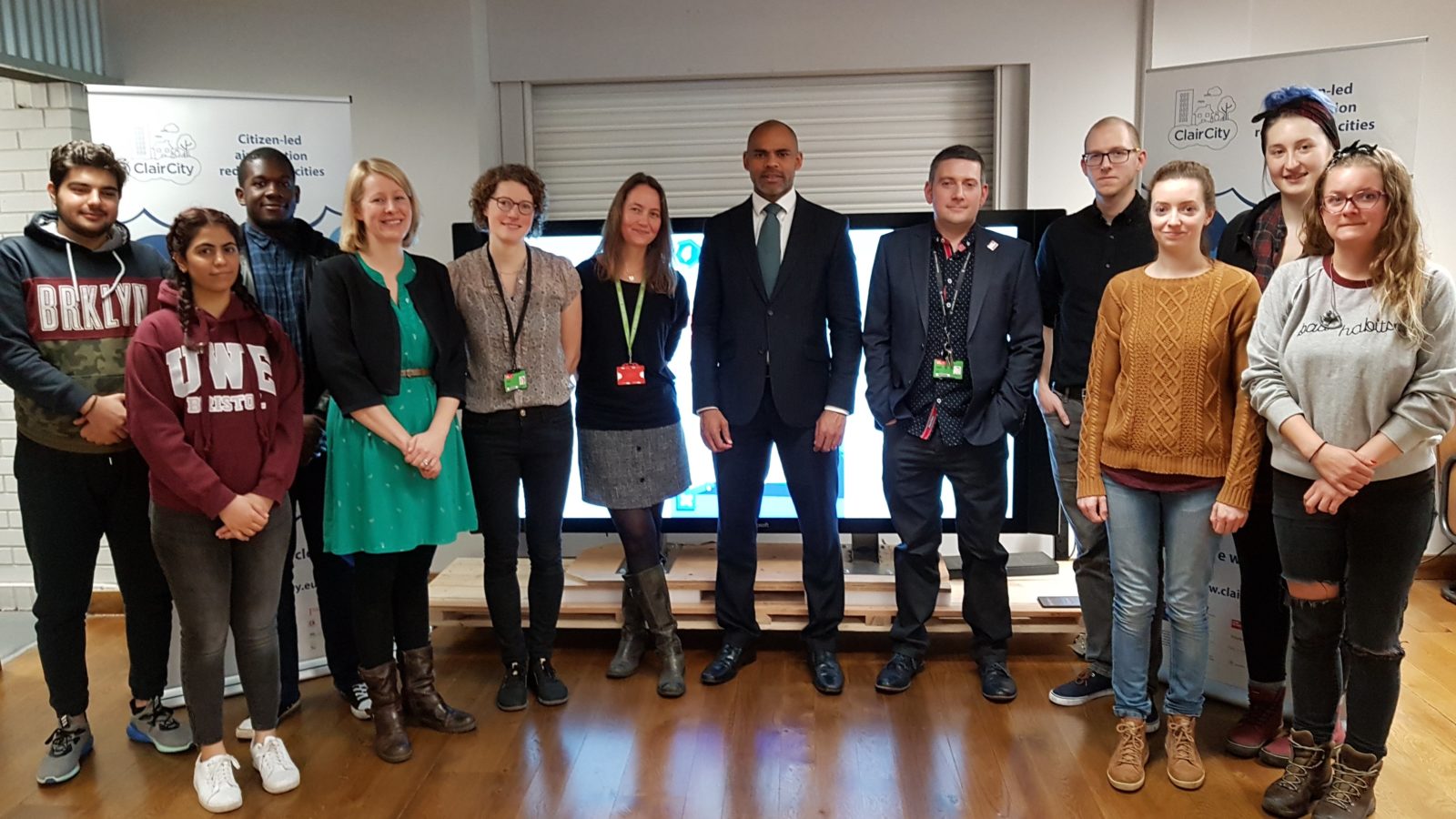 What would you do to tackle Bristol’s killer air pollution levels if you were the mayor?

This is the question being posed by the team leading a project that is turning the issue on its head and seeking answers from the wider population, whose health and lifestyles stand to be affected.

Bristol – a place where 300 premature deaths are caused each year by dangerous levels of nitrogen dioxide (NO2) and toxic fumes – is the only city in the UK to be part of ClairCity, a pioneering global study that aims to take a citizen-led approach to reducing air pollution. 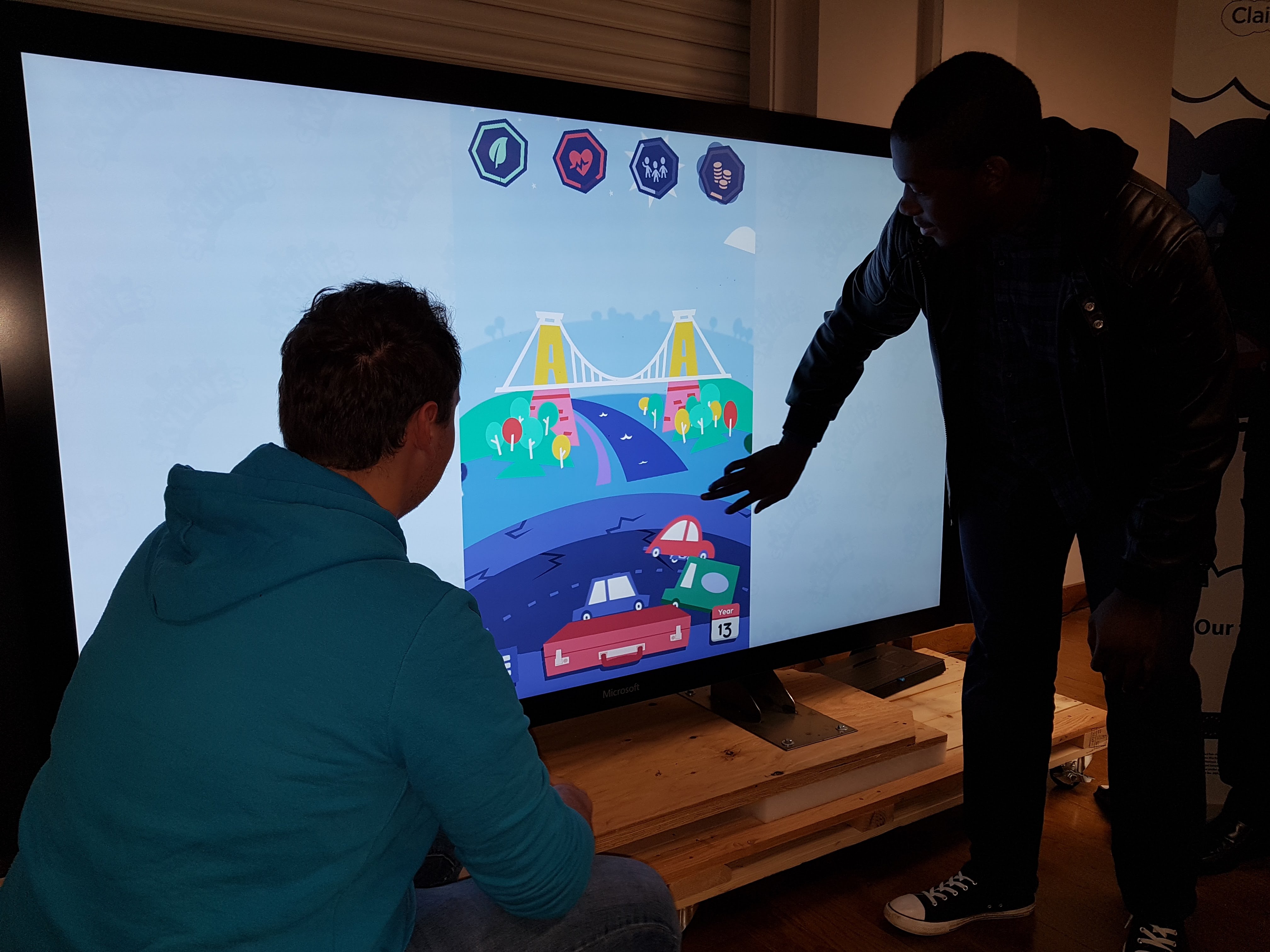 Gaming students at UWE testing out the finished game

Digital experts at UWE Bristol have developed a game, all about the city, that puts the player in charge of making key decisions about how they want things to run and what to prioritise.

Ahead of the official launch on Friday, Bristol24/7 was invited for an exclusive look at the innovative game that’s intended to feed real information back to help inform policies around the world. 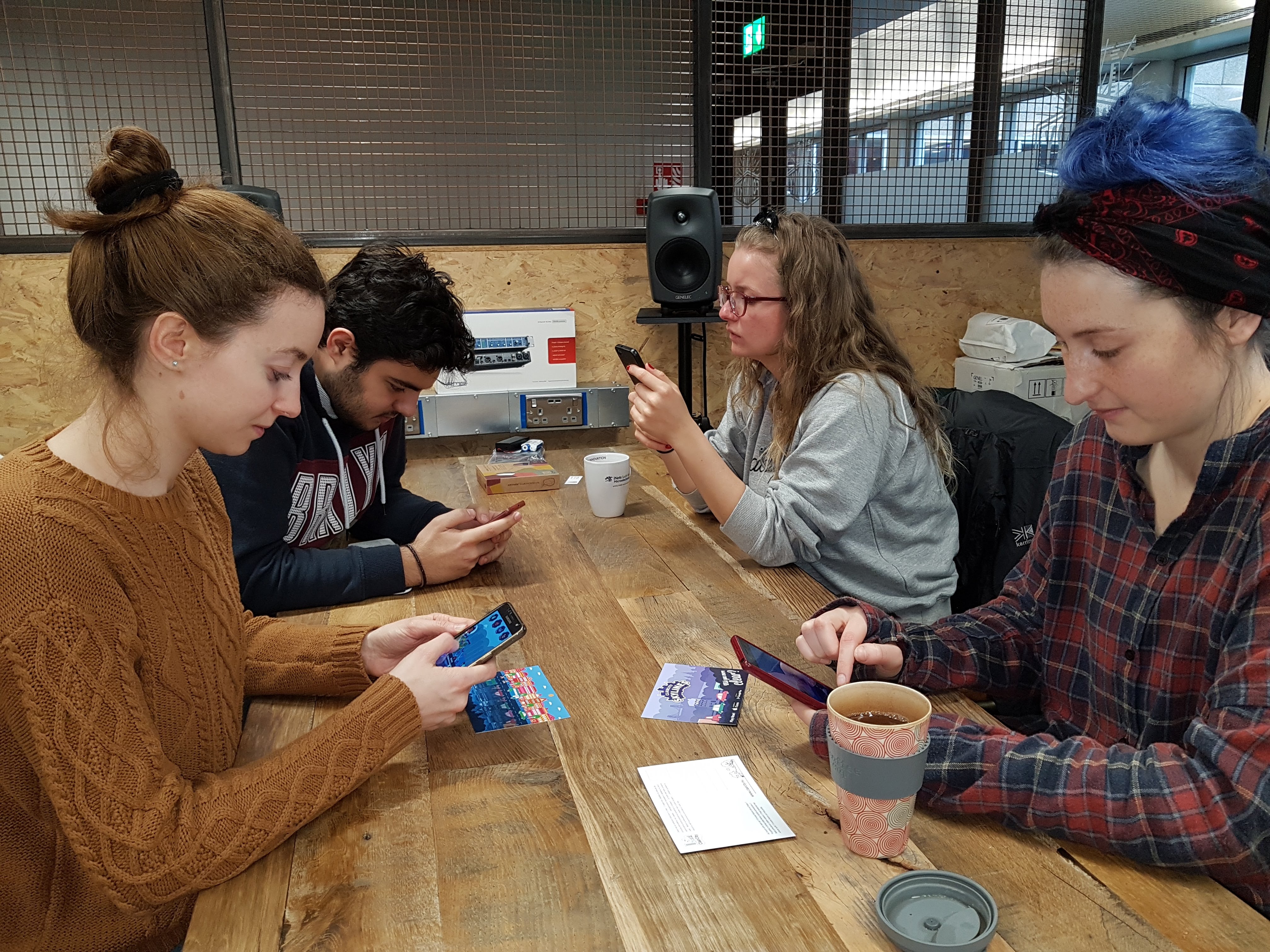 On UWE’s Frenchay campus, mayor Marvin Rees is getting involved in the ClairCity Skylines game, alongside students with a range of expertise – from gaming to environmental architecture.

“The game is about making your future Bristol,” explains Corra Boushel, communications officer for ClairCity.

“The whole idea is to raise awareness of air pollution and get communities involved in what they want to see done to tackle it.”

As the game progresses over on the big screen, familiar Bristol sites can be seen popping up and players are asked to make decisions that are scored according to their impact on the city’s economy, air pollution, residents’ health and happiness.

It’s about shifting the emphasis from policy leaders to communities and individuals, gaining an understanding of how daily activities impact air quality and seeking solutions from within the wider population.

The approach is the only way to effectively tackle major issues such as air pollution, says Rees.

“There are so many organisations that shape the city, so making sure there is a collective understanding and approach is the only way we are going to be successful,” he tells Bristol24/7.

“If we are going to have the kind of democracy that people want, we have to be making these decisions together and we have to make some very difficult choices.” 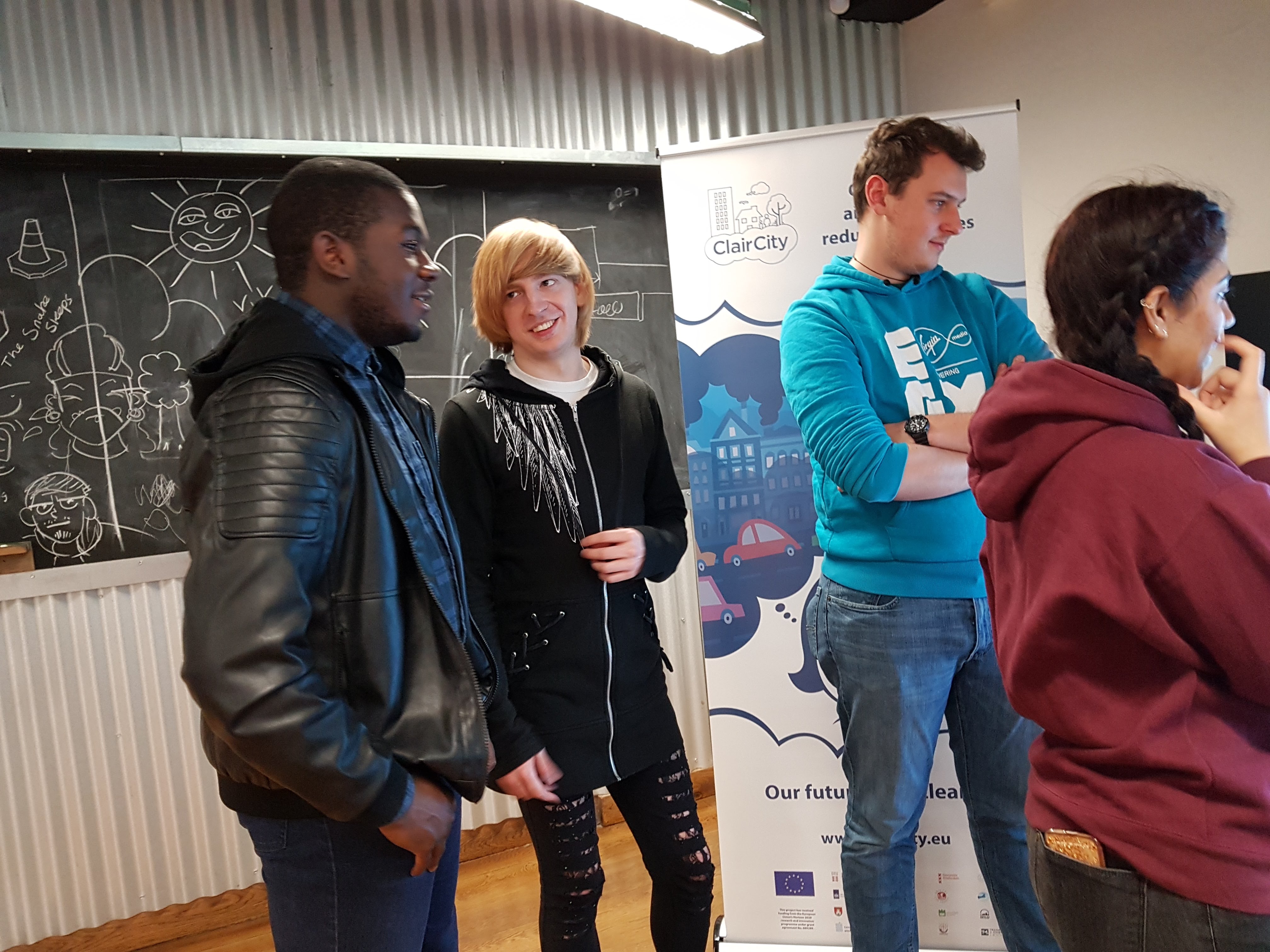 Gaming technology student Daniel Donaldson has helped in testing out the game prior to its global launch.

He believes this is a good way of getting more people, and especially younger generations, involved in environmental issues. 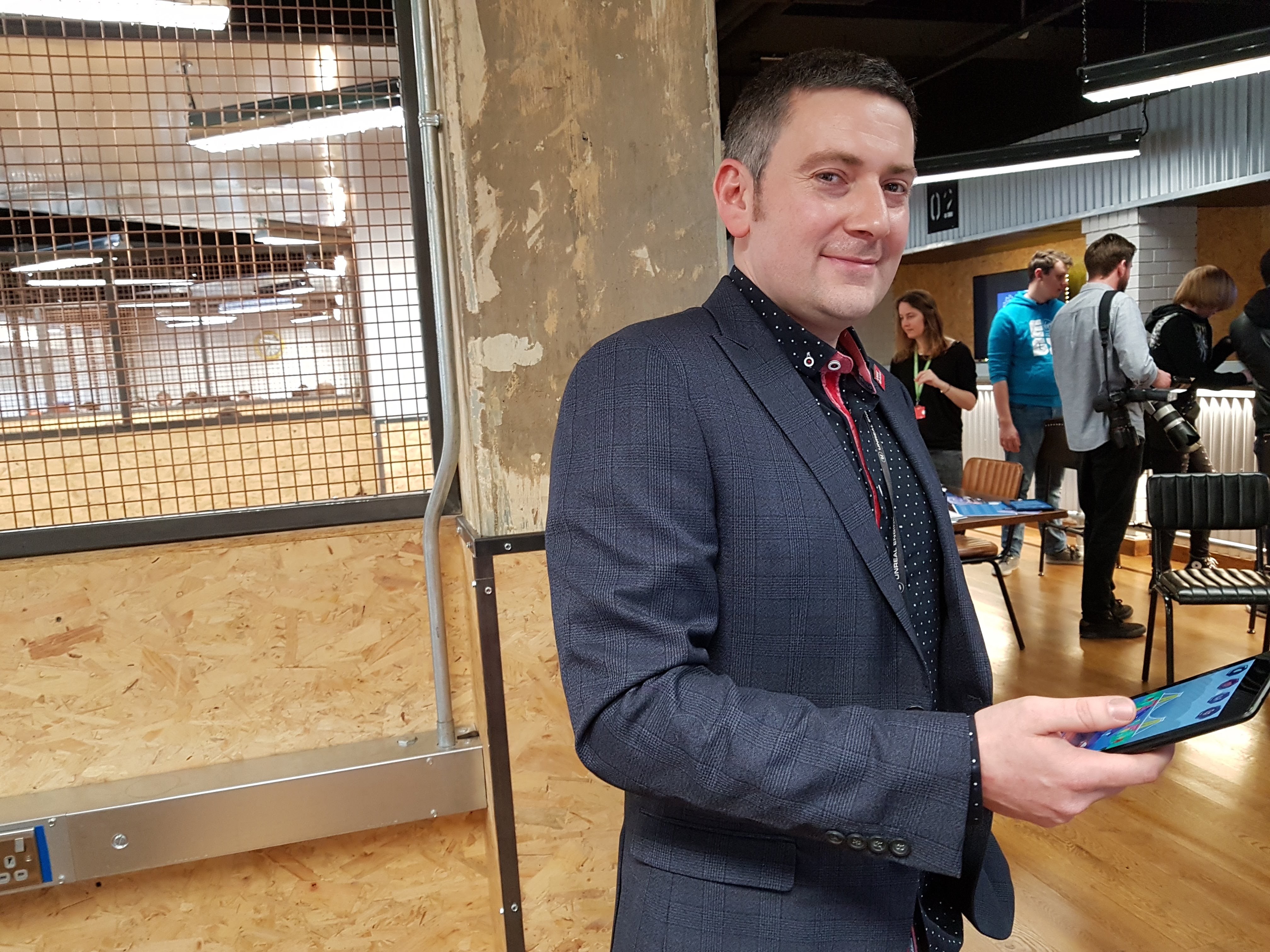 It was a challenge to create a game that is easy for non-gamers to play, while still maintaining the interest of gamers, says Andy King, associate professor of technology and innovation and the game’s co-designer.

He reveals that there are 500 real policies within the game and people’s answers will feed back into the Claircity project, that is also studying five other European cities and regions.

“We know that computer games by themselves won’t save the world, but they offer an exciting, engaging way to get lots of people involved in finding solutions for some of the problems we face around air pollution and city development,” adds King.

Dr Jo Barnes, senior research fellow at the Air Quality Management Resource Centre, says: “It’s really changing, the way we have been thinking about air quality management. We are looking at it from a completely different aspect – it’s about the who and they why.

“It’s a good opportunity to learn from what Bristol does and how we can implement solutions across the city.” 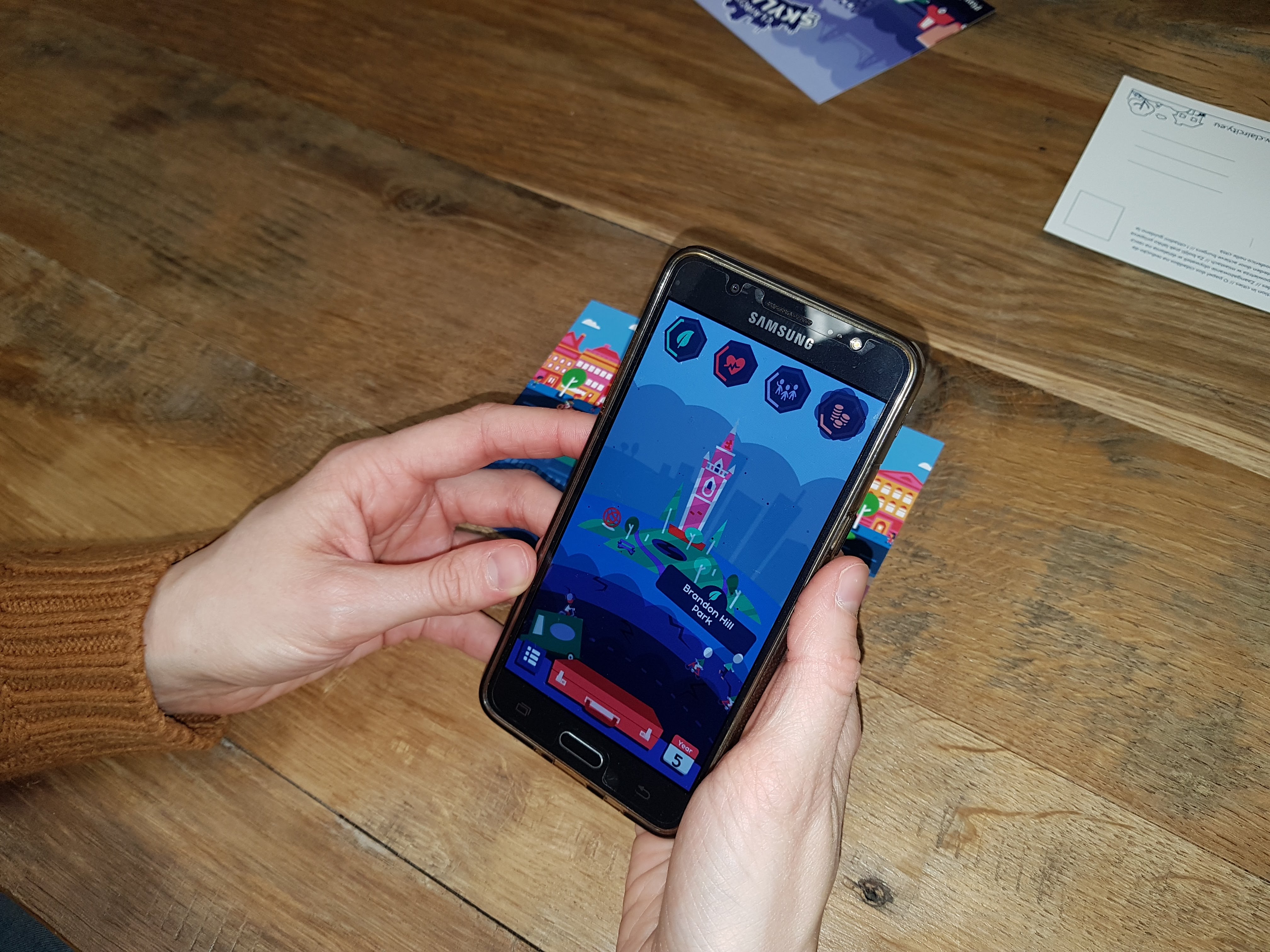 The ambitious, EU-funded Claircity project is due to run for four years in total and UWE and Bristol City Council are two of the 16 partners involved.

Bristol is the first of the case study cities to be gamified and the others will also get their own bespoke games. 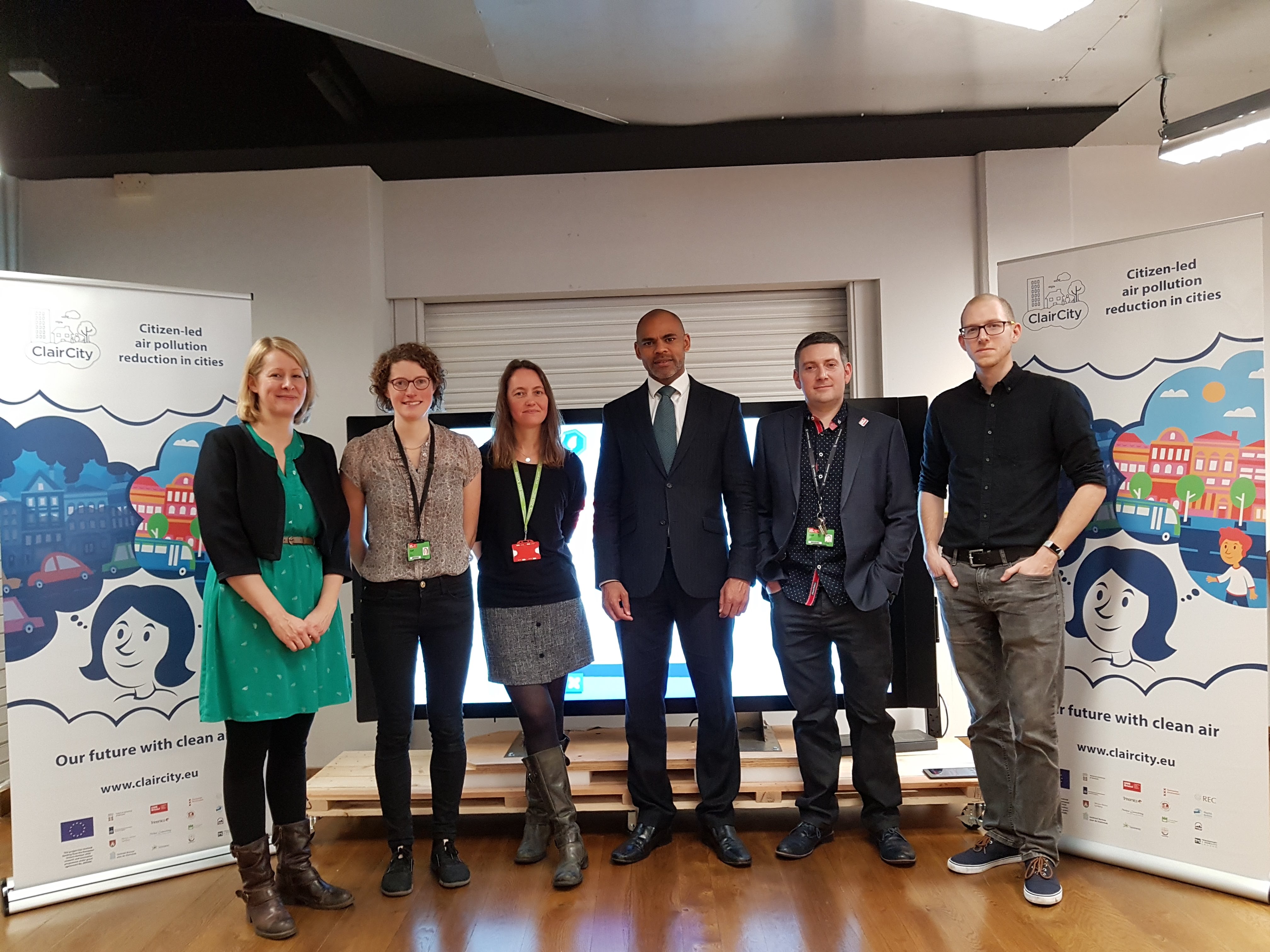 For more information, or to download the game, go to: bit.ly/PlayBristol.