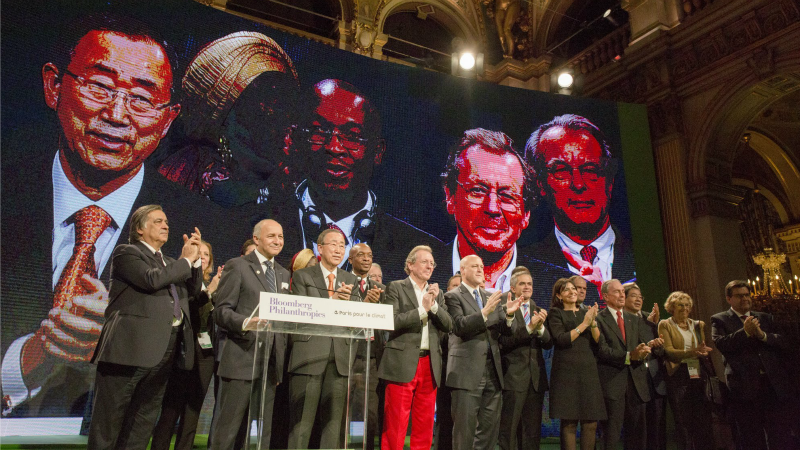 Bristol will become carbon neutral by 2050 under a new pledge made by mayor George Ferguson at the Paris climate talks.

The city, which was the official co-host of the Cities and Regions Pavilion in Paris, is five years ahead of its original target of reducing its carbon emissions by 80 per cent by 2050.

Now, Bristol will aim for complete carbon neutrality – a net balance in carbon emissions – by the same date, potentially becoming the first carbon neutral city in the UK.

Ferguson, a member of the global Compact of Mayors who met at the conference, said: “Bristol is once again taking a lead amongst UK cities. We are saying we shall take on board what has been agreed at COP21, we shall accelerate our ambition and work with partners at home, abroad and across any and all sectors to try and achieve our goals.

“When it comes to climate change we are a politically united city. Also our Green Capital Partnership includes over 850 member organisations, a key element of the city’s success as European Green Capital this year, and crucial to the success of our new carbon zero target date of 2050.”

Bristol City Council is already working towards a new 50 per cent reduction of its own emissions by 2020 after meeting its 40 per cent goal five years early. Through installing new renewables since 2005, Bristol has reduced energy use by 18  per cent.

The new target has gained cross-party support, with leaders of Labour, Conservatives, Greens and Lib Dems backing the move.

Helen Holland, leader of the Labour group, said: “This ambitious commitment will have to be matched by bold actions, but I am sure that everyone – residents, community organisations, business – will all play their part in helping Bristol meet that challenge, joining worldwide efforts to rescue our planet.”

Bristol could become the UK’s first carbon neutral city if it sticks to its target. It would following in the footsteps of Copenhagen, last year’s European Green Capital, which is aiming for 2025.

Carbon neutrality can be achieved by using renewable to offset carbon emissions, planting trees or investing in future carbon-reducing measures.

Read about the latest measures to discourage commuters from parking in Bristol.